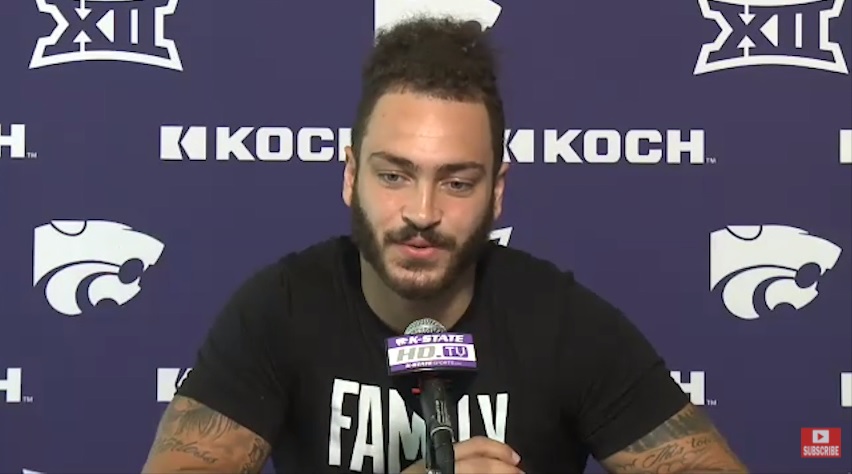 – Smooth, powerful athlete who plays with natural feel for the game
– At his best working the seams in one on one situations against linebackers, safeties
– Big frame, fearless going across the middle to make tough catches
– Alignment versatility, lined up as H-back, in-line, in slot, in backfield earlier in career
– Flexible, rarely gets rerouted mid-route
– Finisher’s mentality when blocking, wants to bury defender into the ground
– Quick releases gets him into his route quickly
– Experience playing at the FCS and FBS levels at high level

– Very little deception in tempo of route running, setting up routes
– Struggles maintaining blocks against defensive ends with lack of arm length and knee bend at point of attack
– Two drops in 2020 attributed to concentration drops, has to be more consistent looking ball in
– Not a natural separator, struggles breaking down cleanly at top of routes
– Durability concerns, missed all but one game in 2019 season with shoulder injury, suffered temporary paralysis in 2018 causing him to miss one game

The 2021 NFL Draft tight end class falls off a huge cliff after the first four or five names, but there are some intriguing players worth taking a look at late on Day 3. One of those guys who the Steelers should take a look at is Kansas State transfer Briley Moore. He possesses prototypical size and movement skills and brings versatile alignment, ability to make tough catches over the middle, and shows upside as a blocker in the trenches.

In this first play against Baylor, Moore shows off his ability to stretch the field vertically on this wheel route from the H-back position. He was wide open but showcases his above average speed to go for 64 yards, his second-longest catch during the 2020 season with Kansas State.

In 2018 against North Dakota State, Moore once again finds himself open, this time from the F-back position, runs down the seam and scores a long touchdown. Moore really excels finding open areas down the seam and using his athleticism in the open field.

His blocking prowess should be something the Steelers find intriguing in his game. While Moore still needs to work on his form while blocking, and improve hand placement, he does a nice job re-positioning his hands against the TCU defender and driving him to the ground, giving an alley for his running back to get through. He’s a work in progress, but there’s potential with Moore.

During his career, Moore averaged over 13 yards per catch. He won’t be the type of player to break off 20-25 yards after first contact, but he’s a physical player. He catches this crossing route and takes four West Virginia defenders with him. Not something that will blow you away, but shows his toughness and grit to earn extra yardage.

As mentioned above, Moore needs to be more refined in his blocking technique and attacking half the man. Against TCU, Moore does a nice job on initial contact but rolls off his block because he popped up right out of his stance and let his feet die. Has to be more consistent blocking backside defensive ends and blitzing linebackers, safeties.

He also has to clean up his concentration drops, as well. Here against TCU, he runs a really solid seam route, flips his defender’s hip and is open. However when the ball arrives, he drops the football. Usually reliable, you don’t want to see that become a problem for him in the NFL.

Moore makes a huge block on this jet sweep to help pop this play for a long touchdown. He does a nice job positioning himself to block the flowing safety in the box, cuts him off, and gets a piece of his man to help spring the long touchdown. Needs to lower his body when blocking but still a solid rep. He does the dirty work in the trenches.

This final play from Moore shows his ability to finish contested catches, over the middle and down the seam. He does a nice job leaning his body towards the outside before angling himself down the seam, showing great concentration to haul in the pass with the deep safety bearing down on him.

Briley Moore is an intriguing player who could be a developmental piece for the Steelers going forward. With Eric Ebron locked in until next offseason, drafting a potential replacement in the later rounds of Day 3 is low-risk, high-reward potentially.

Moore isn’t one of the top tight end prospects in this draft class but his versatility, toughness and blocking upside could prove valuable as a late-round contributor in the near future.