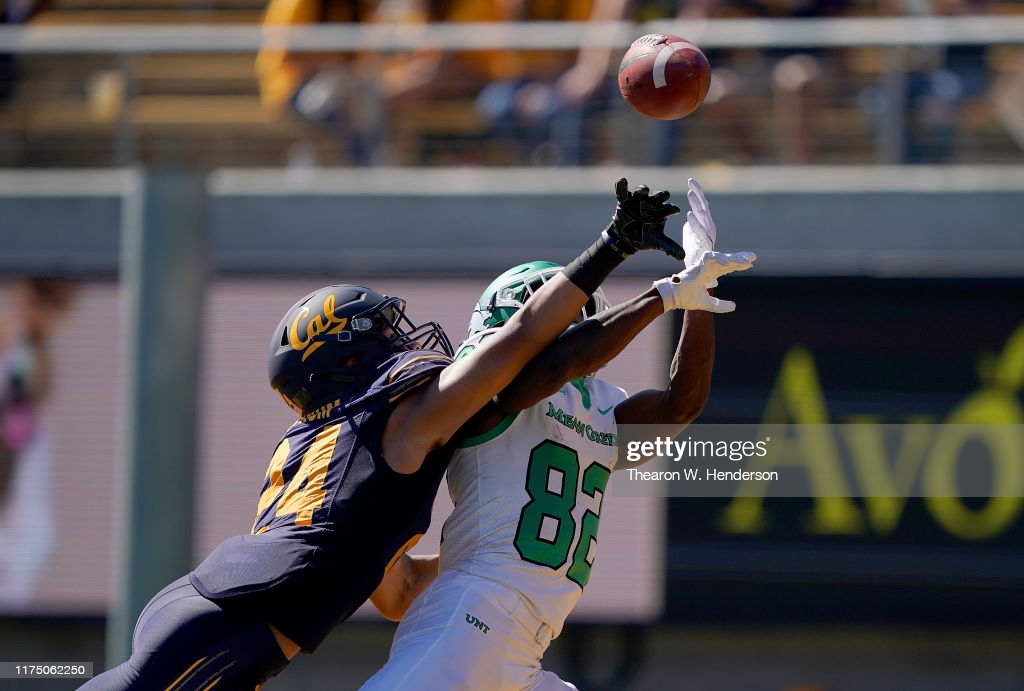 – Good height/weight overall frame
– Excellent, experienced man coverage corner
– Fluid athlete who sinks hips and mirrors receivers well
– Burst and explosive coming out of pedal
– Shows power on his punch and capable of mirroring receivers at the line and disrupting their release
– Doesn’t panic with the ball in the air, even when he’s a step behind
– Tracks the ball well, attacks it at catch point, with good hands and ball skills
– Willing tackler who will support the run
– Experience playing both CB spots, often shadowed/travelled with top WR
– Team captain, appeared to be a leader in that locker room
– Good college production, though far from elite numbers
– Tons of starting experience

– Poor length for any CB, especially one of his size (30 3/4 inch arms)
– Struggles getting off stalk blocks in run game
– Much better man corner than zone, best suited in a man-dominant scheme
– Lacks top end speed and will struggle with fast receiver vertically
– Saw a couple reps inside vs Twin sets but not a slot corner, outside only
– Average tackler, capable of throwing his weight around but won’t always get runner on the ground

Camryn Bynum might one of the draft sleepers that doesn’t grab many headlines but could prove to be excellent value for a team. At least, for defenses like the Steelers who are predominantly man-heavy. Bynum thrives in man coverage, using his size, fluidity, and ball skills to make life tough on receivers.

My favorite rep of his came against Oregon. Top of the screen. Mirrors the receiver on the dig and finishes at the catch point with the breakup and incompletion. That’s an NFL-level rep.

Check out this rep in 2019 against Washington. Receiver running a skinny post. Bynum stays on top of the route and attacks the ball, becoming the receiver and taking it away for the interception.

I don’t consider Bynum to be an outstanding run defender but his size and explosiveness can get the job done. Great rally and finish to cut the runner down at the legs. Big stop. This is technically a pass but really reflective of run defense.

But for a bigger, ideally press/man corner, his length is bad. Not just for someone whose six foot but for any DB. Sub 31 inch arms isn’t what you’re looking for given Bynum’s overall skillset. And he can get stuck on blocks in the run game, like here, versus this stalk block. To be fair and provide proper context, this was from 2017, Bynum’s freshman season, but it popped up on later tape, too.

If you miss out on a top CB on Day One, Bynum presents good value sometime in Day Two. And if he slips into Day Three, he’s hard for a Steelers’ team to pass up on. Fits their scheme of bigger, man corners with good ball skills well. On the high end of things, and this is calling my shot, I could see him being the next Marcus Peters. More realistically, he compares to Bashaud Breeland. But I like this guy.