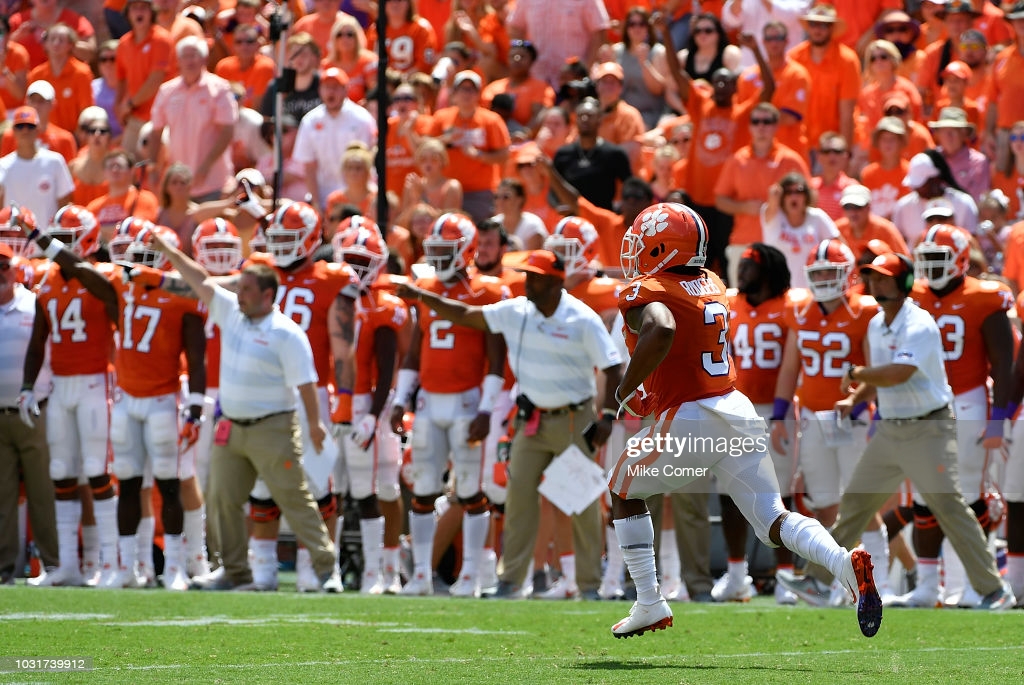 – Quick, fluid player who gets in and out of breaks effortlessly
– Plus athlete overall
– Combination of quickness and strength, rocked up and muscular frame despite below average height
– Natural catcher, plucks away from his frame, strong hands and able to make difficult catches from awkward angles
– YAC threat, quick to the tuck after the catch, size makes him hard to tackle 1v1 by DBs
– Good leaper with ability to high point the ball
– Versatile, tons of experience in the slot but also played on the outside
– Good special teams value, experienced and successful punt returner
– Productive, breakout senior season
– Good hand size for height (9 1/2 inch hands)
– Seemingly high character and well-respected in locker room

– Below average height
– A little more quick than fast, straight line speed is serviceable but far from elite
– Inconsistent hands, will drop some easy passes
– Rarely had to defeat press coverage, offense consistently gave him free releases, and had free roam vs zone coverage majority of the time
– Only one year of high-level receiving production

If the Pittsburgh Steelers lose JuJu Smith-Schuster in free agency and are searching for a slot receiver, Amari Rodgers might be their guy. Impressive, well-rounded game.

Rodgers is definitely short but he’s not tiny. 211 pounds on a muscular frame and his hand size is fine, even good for his lack of height. To put things in perspective, despite being an inch shorter than Diontae Johnson, Rodgers has 1/2 inch bigger hands (9 1/2 to Johnson’s 9).

And Rodgers puts those hands to good use most of the time. He’s able to make tough catches away from his body, showing great hand/eye coordination and body control to adjust to passes thrown off-target. Two A+ grabs against Pitt. One diving back across his body and the second diving into the end zone for the TD.

Nice job of tracking the ball over his shoulder to make the diving grab here, too.

Like you’re looking for out of a slot receiver, Rodgers is a threat after the catch. He has quickness to win in short-areas and the strength to run through tackles by CBs. Great example of that here. Sheds the first tackler, makes the second one miss, stiff-arms through a third and fourth for a big run-after-catch.

And Rodgers is quick to get upfield after the catch. His best traits are acceleration and quickness moreso than straight line speed (which I peg a little above average) but the former are the skills you need to thrive in the slot.

While Rodgers can make some tough catches, he’ll drop some easy ones. Sorta like Diontae Johnson though not to that hot/cold extreme. Best example of that came against Wake Forest. Rodgers standing all alone in the end zone. No one within 30 yards of him. He’s trying to stay inbounds, I get that, and he does keep his feet in. He just forgot the football.

And he did have a costly fumble against Notre Dame. So there’s some general consistency/ball security issues he’ll need to clean up. But they aren’t issues so bad that I wouldn’t draft him over it.

Overall, Rodgers’ game is very attractive and he’d be a strong replacement for JuJu Smith-Schuster, even understanding he isn’t the exact same guy. Hands aren’t quite as consistent and he’s obviously much smaller and won’t be nearly as helpful as a blocker as the occasional wing or cracking safeties. But it’s hard to find the next JuJu just laying around in the mid-rounds of the draft. My comp for Rodgers is a recent one and a guy I liked last draft. SMU’s James Proche, who became a 6th round pick of the Ravens. Don’t expect Rodgers to last that long, though.

Games Watched: at Wake Forest, vs Virginia, vs Pitt, vs Notre Dame