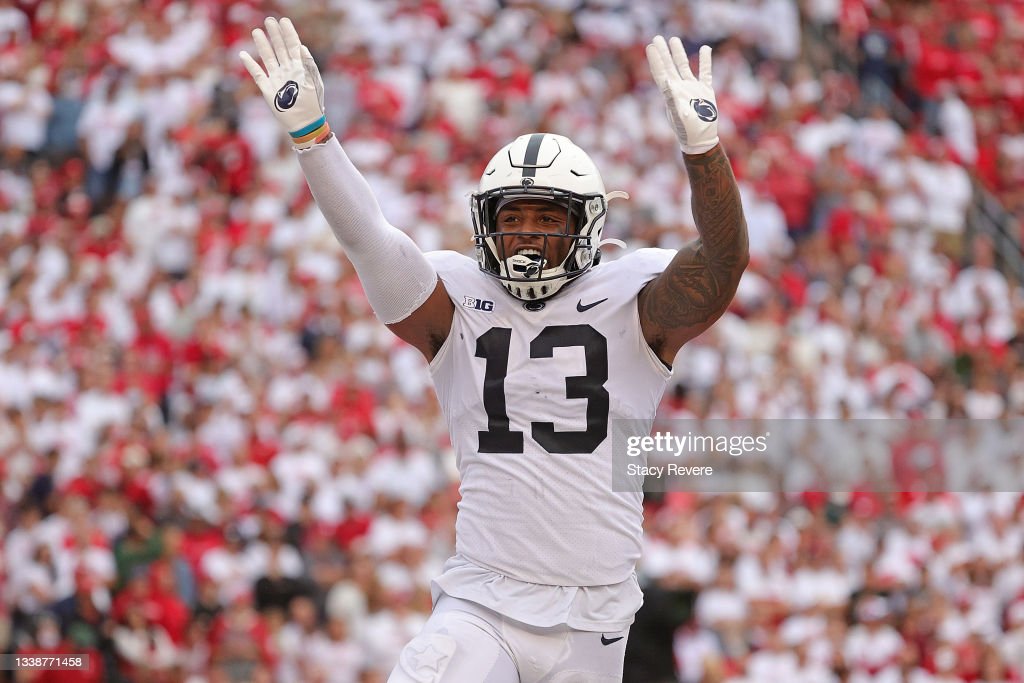 From now until the 2022 NFL Draft takes place, we hope to scout and create profiles for as many prospects as possible, examining their strengths, weaknesses, and what they can bring to an NFL franchise. These players could be potential top 10 picks, all the way down to Day 3 selections and priority undrafted free agents. Today, I’ll be profiling Penn State LB Ellis Brooks.

— Good athlete and easy-mover forward and backwards, shows sideline-to-sideline range
— Able to work over and around blocks in run game, uses quickness to stay clean
— Finds ball and meets runner when he’s able to diagnose and see the play
— Reliable tackler who gets the runner down
— High production in 2021, several double-digit tackle performances
— Gets depth in zone coverage, effective as middle defender in C2 calls
— Durable and available player
— Shows effectiveness as a blitzer

— Undersized and lacks bulk, looks like a big safety playing linebacker, poor length
— Has trouble shedding blocks, prefers to go around and has trouble if he can’t
— Too easily washed and moved when linemen are able to lock onto him
— Doesn’t react quick enough to what’s happening in front of him, slow to read and can be late driving downhill to fill his gap
— Will try to back up against linemen and plays too tentative
— Not an impactful hitter, drag-down player against bigger players and can get carried
— Didn’t make a ton of high-level or splash plays
— Did not test well (5.54 RAS score)
— Bit tight-hipped when changing directions and driving in zone coverage backpedal
— Not a ton of starting experience

Penn State linebacker Ellis Brooks gets lost in the shuffle of the many stellar Nittany Lion defenders this draft season. But he came on scene in a big way in 2021 with a 100-tackle season. He had gaudy tackle stats against quality competition too. 11 tackles against Wisconsin and Illinois, 14 versus Iowa, and 16 of them against Michigan. He was a tackling machine.

When he sees and reads it, Brooks is able to beat blocks by going over and around and finding the ball-carrier. Couple examples.

He did move better than his workout numbers indicate too. He’s a short-strider but runs well in a line and can shoot gaps.

On the negative size, he’s pretty small and lacks length. He doesn’t seem to have a Mock Draftable web but it wouldn’t look good in most categories and his RAS score is middling. His smaller frame causes him to get swallowed up when he can’t go around blocks and the fact he wants to go around them will make him prone to being out of his gap and out of position.

Brooks also needs to process quicker and come downhill. He can be too hesitant and tentative and late to find the ball. When he sees it, he’s quick, but it’s too inconsistent right now trying to figure out what’s going on ahead of him. Compare him to teammates here.

Overall, Brooks put up good tackling numbers in school but didn’t offer much splash beyond that. Even his TFL numbers were low, 3.5% his senior season. He moves well-enough and is a decent tackler, though bigger guys tend to drag him along, and he’s likely going to have to find a home on special teams in order to stick on a roster. Not a guy I’m super excited about overall. My comparison is a recent one, 2021 West Virginia prospect Tony Fields II.