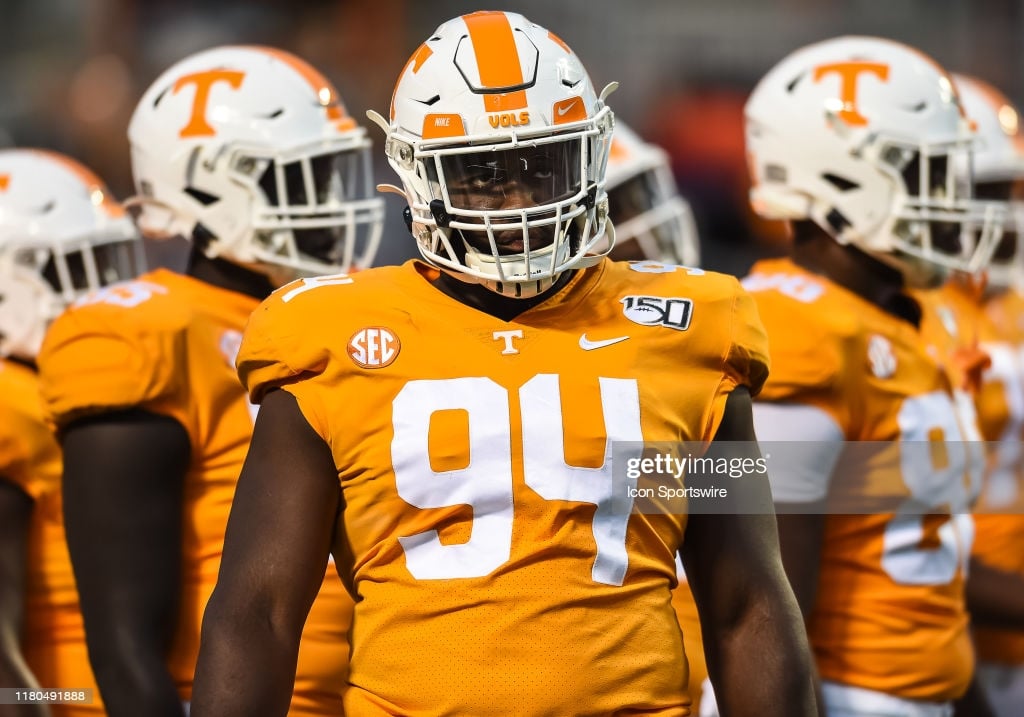 From now until the 2022 NFL Draft takes place, we hope to scout and create profiles for as many prospects as possible, examining their strengths, weaknesses, and what they can bring to an NFL franchise. These players could be potential top 10 picks, all the way down to Day 3 selections and priority undrafted free agents. Today I will profile a defensive lineman with versatility at the position and within different schemes.

Versatility as a defensive lineman is a luxury teams love to have. Butler lined up from the 0 technique over the center out to the 4i just inside the tackles. As we saw this past season injuries happen and being able to use a player in different roles can help alleviate those lost to injury. Butler took advantage of his extra year in college and blossomed late in the season. Of his forty-seven tackles, thirty came in the last six games. He also had four of his five six in those six games.

As a run defender, he has very good quickness to engage blockers or to shoot into gaps as a one gap defender to disrupt the running lanes. He fires out with good pad level and hand placement using leverage to get under the pads of the blocker and reset the line of scrimmage. On runs to the outside he displays good lateral quickness to beat the blocker to the outside. On short yardage plays he was effective getting around blocks and making plays. He can also play in a two gap scheme showing the hand and core strength to shed blockers. Play strength is also evident when taking on combo and double team blocks with a good anchor to hold his ground. His motor is very good with agility to avoid cut blocks and speed to chase down from the backside.

Vs Pittsburgh, Butler (94) will get into the A gap and get in on the stop in the backfield.

At Florida, he shows off his motor chasing the play from the backside.

At Alabama, he will chop and then squeeze between the right guard and right tackle to get this stop in the backfield.

At Alabama, he will use a good punch and hand strength to stand up the left guard and rip him out of the way to make the tackle.

At Alabama, he will withstand the combo block from the center and left guard holding his ground and get off to get in on the tackle.

As a pass rusher, he displays good burst at the snap and gets up field quickly and would make him very effective as a penetrator on stunts. He has very active hands and likes to use chops and clubs with a rip or swim move to get around blockers. Good agility and quickness allow him to get the angle and dip into gaps. As the looper he displays solid quickness and acceleration to the outside and will throw in an occasional stab move. There is active effort to get his hands up in passing lanes when the rush doesn’t get home. Sticking with his effort to chase he makes the effort to pursue screens to the outside. I only saw it once but he did drop into coverage on a fire zone blitz.

Vs Ole Miss, he uses a chop/rip the outside of the left guard and initially is held off but keeps the motor running and gets the strip sack.

Vs Georgia, he will take on the left guard with strong hands and a nice rip to the inside to get the sack.

His mental processing is adequate and seems to choose a gap rather than read the blockers at times. When engaged on blocks to the outside he needs to remain square to not get driven wide of the play. Improvement would help to counter the blockers hands when he is late with his own. His pass rush plan was limited to primarily speed rushes and would benefit adding more power rushes to his repertoire. He would benefit from adding more counters with his hands when his initial move is unsuccessful when rushing. As the looper, he gets too wide and needs to come off the hip of the penetrator.

Vs Ole Miss, this is one of the very few reps he tried a power move with a stab and he gets his arm slapped and ends up on the ground. Adding effective power rushes with benefit him.

Butler is a defender with positional flexibility as well as being able to play in a one or two gap scheme. He has good snap quickness to shoot gaps and beat blockers to the outside. Play strength and grip strength are highlighted when standing up and shedding blockers. As a high motor player he gets after it against the run and pass with a pass rush plan that includes club/rip and chop/swim moves. Improvement in diagnosing run blocking schemes, working on his counters with his hands and adding power rushes to his game could help his game.

He seems to be a bit of late bloomer and has several qualities that fit the Steelers defense. His best fit is in a one gap scheme as a 3 technique. Having his versatility is needed inside and he could also play the 5 technique as well. Scheme versatility and pass rushing ability will make him desirable to many teams. For a player comp I think he’ll have a similar style to Larry Ogunjobi with a little more length.

Games Watched: 2021: Vs Pittsburgh, At Florida, vs Mississippi, At Alabama, Vs Georgia