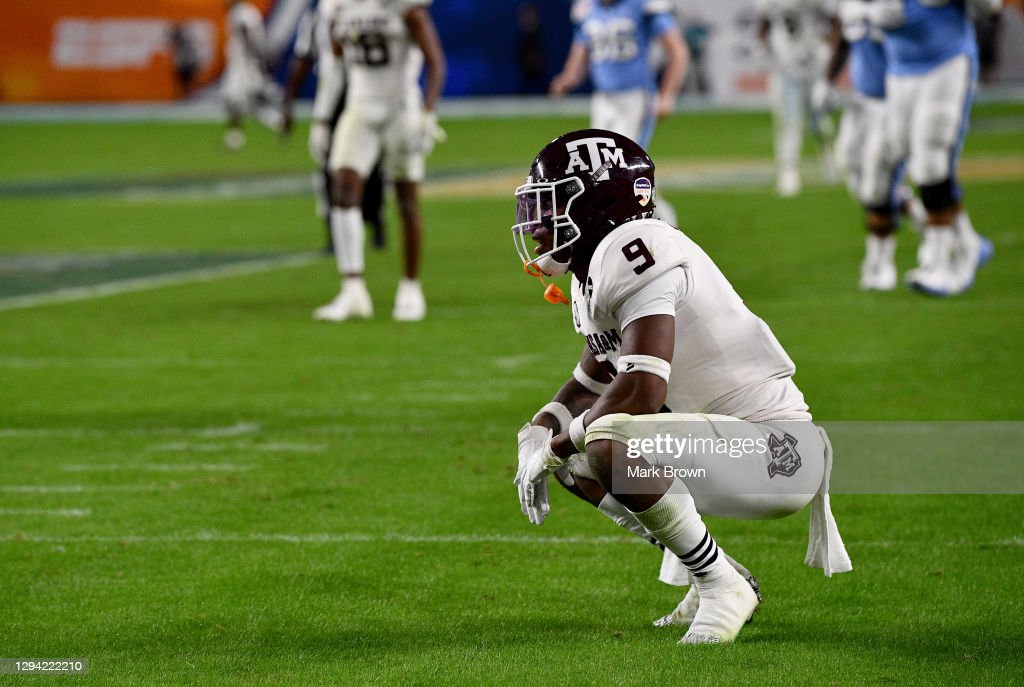 From now until the 2022 NFL Draft takes place, we hope to scout and create profiles for as many prospects as possible, examining their strengths, weaknesses, and what they can bring to an NFL franchise. These players could be potential top 10 picks, all the way down to Day 3 selections and priority undrafted free agents Today, I’ll be profiling Texas A&M FS Leon O’Neal Jr.

— Good build, fills out frame well
— Aggressive, physical player, likes to play bully ball and throw his weight around, isn’t an elite hitter but dishes out body blows
— Willing tackler with size to match, puts face in fan and able to take on and take down bigger runners, fills alley with authority
— High-energy player and good communicator
— Shows fluid  zone turn in coverage
— Contests catch point well, drives on ball out of pedal and able to make plays on the football
— Uses size and hit power to create breakups
— Versatile, moved around the defense with time as post safety, in box, and some (though less) time over slot
— Effective blitzer with energy and displays good timing of his rush
— Shows range and tracks ball well in coverage when playing centerfield
— Despite aggressive hitting ways, played clean and wasn’t often flagged
— Productive against good competition
— Solid starting experience
— Healthy, durable, and didn’t miss much time

— Shows more stiffness running full-speed downhill and has trouble changing directions
— Needs to take more consistent angles to the ball and will overrun plays
— Misses too many tackles due to angles/tightness
— Did not play much man coverage in school
— Lacked elite productivity in any one category
— Poor 40 time will leave some wondering about long speed
— Never an all-conference selection, 1st or 2nd team, in his career

Texas A&M’s Leon O’Neal Jr. is a name I’ve kept an eye on since his Senior Bowl showing. He was the relatively rare safety who can play the deep/post safety spot with range and ballskills. And so his tape is worth exploring more.

O’Neal is comfortable playing free safety or in the box. He shows strengths in both. He can cover and drive on the football and make plays on the ball, showing a good transition and break out of his pedal.

In coverage, he’s able to use his size and physicality to separate player from ball. Saw it repeatedly on his Aggie tape.

And in this clip, watch him decleat the Alabama WR and then put a lick into the running back to clean things up.

And in the box, he packs a punch. He takes on bigger players and gets them down. Did a nice job against Alabama RB Brian Robinson earlier this year.

Where O’Neal gets into trouble are his angles and stiffness that shows up when he’s coming downhill. He looks more fluid in his turn going backwards in coverage but he can’t always breakdown and adjust to the runner’s path once he gets to full speed. And you see him miss a lot.

That 4.71 40 time at his Pro Day isn’t going to do him any favors either. His RAS score sits under six, a less-than-stellar number. According to Pro Football Reference’s Combine Index, the success of safeties running 4.7+ isn’t pretty.

Overall though, I fall back on the tape and I like O’Neal’s game. He can play in the box or in the post. The stiffness downhill in his game is a concern that might not be totally solved but overall, he moves well on tape and I like his physicality and demeanor. Finding a good FS isn’t easy to do and I think there’s at least a sub-package role for O’Neal at the next level in aggressive schemes that’s willing and able to move its personnel around in a zone-heavier scheme. There’s some Tony Jefferson to his game.