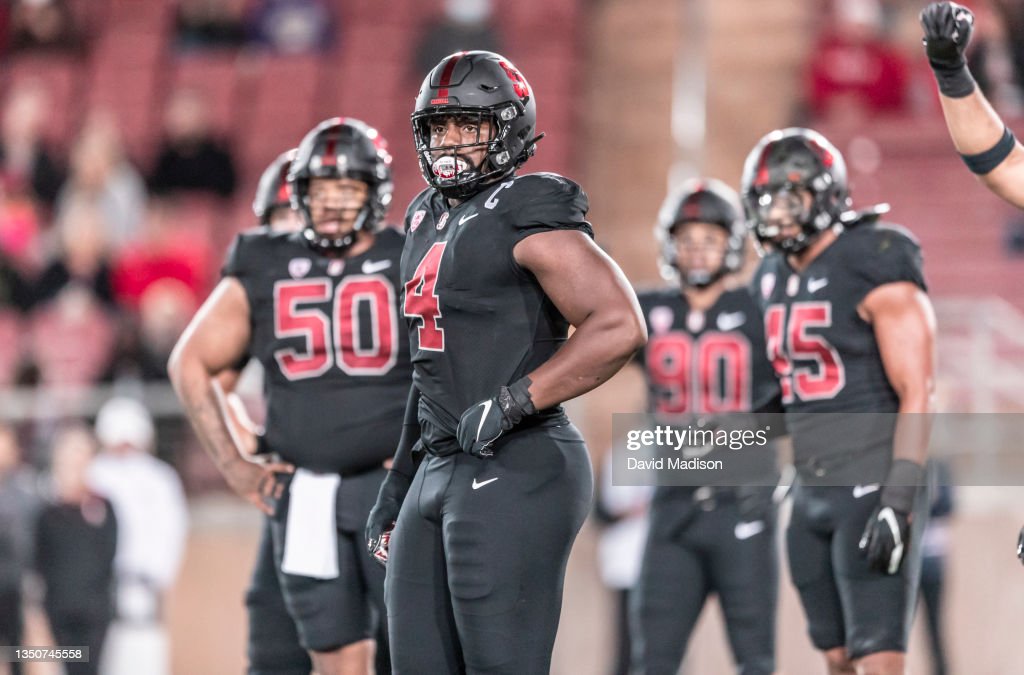 From now until the 2022 NFL Draft takes place, we hope to scout and create profiles for as many prospects as possible, examining their strengths, weaknesses, and what they can bring to an NFL franchise. These players could be potential top 10 picks, all the way down to Day 3 selections and priority undrafted free agents. Today I’ll be profiling a “hearts and smarts” player with scheme flexibility and experience lining up and down the defensive line.

— Experience in multiple schemes and alignments
— Solid snap quickness overall
— Good hand placement and base playing two gap
— Able to shed blockers to make tackles in his gap
— Good motor and pursuit to the ball
— Can get pressures with power rushes
— Will mix up his pass rush moves with hands
— Gets hands in passing lanes, good recognition of screens

This is another player that caught my eye in the East West Shrine Bowl and he reportedly had a meeting with the Steelers at the Combine. Booker was used from the nose tackle out to the edge in a defense that played both one and two gap schemes.

As a run defender, he plays with solid snap quickness and pad level. When playing in the one gap scheme he has solid quickness and dip to get into the gap and make things difficult for the blockers. Playing a two gap scheme, he has solid hand placement and play strength to duel and stand up the blocker before shedding to make plays in his gaps. He displays enough strength to set the edge and solid lateral slide on the backside of runs. He has a good motor and chases the play well. When on the edge he takes on pulls well to constrict running lanes and is a strong tackler.

At Arizona State, Booker (4) is lined up at the 4i tech inside the right tackle and breaks down quickly in the backfield to make the stop.

Vs Washington, he shows good effort and pursuit down the line to make the tackle.

Vs Washington, he is lined up as the 7 tech outside the tight end and will take on the slide block from the tight end to constrict the running lane and get in on the tackle.

At Oregon State, he takes on the right guard with good hands and pad level and sheds him to make the tackle.

As a pass rusher, he mixes thing up and is able to get pressure. On passing downs, he shows good get off and solid hand usage. His pass rush plan will mix in clubs, chops and rips on his speed rushes and can get into gaps to pressure blockers and add in an occasional spin as well. When power rushing he can extend into the chest of the offensive lineman and use good leg drive to collapse the pocket. I saw bull rushes and stabs that were effective.

When the pass rush isn’t getting home he consistently will get his hands up into throwing lanes. When tasked with being the penetrator on stunts he can get a good push to open a running lane behind him for the looper. On screens, he has good mental processing to recognize quickly and get headed in the right direction. He was also used to drop into the middle zone a couple times.

Vs UCLA, he is lined up as the 1 tech in the A gap and will be the penetrator on the stunt but finds a gap to squeeze through to get the sack.

Vs Utah, they will try to block him with a tight end and he forces his way into the pocket and knocks down the pass.

At Oregon State, facing the right guard he will drive him back into the pocket to get the pressure.

At the snap he would benefit by more consistency in his quickness from play to play. The timing of hands can be late opening up his chest to give control to the blocker. Against double team blocks and blocks coming from his sides he needs to play with better pad level and technique to hold his ground.

When moving laterally he needs use his hands more to keep blockers off his body and work on keeping his eye on the ball while also keeping his feet wide, he seems to get caught up and spends too much time on the ground. Though you like to see him get his hands up in passing lanes, I feel he does it too early at times cutting off his pass rush. He lacked sack production overall in the last two years.

Vs Utah, facing the right guard he gets a good push but can’t disengage as the ball goes right by him.

Vs Utah, back to back plays here over the right guard and then right tackle where he is driven off of the ball.

Overall, Booker has experience playing up and down the defensive line and within multiple schemes. He can disrupt playing in a one gap and has the ability to stack and shed in two gap scheme. He has a good motor and chases the balls well. As a pass rusher he can get pressures with power rush and will mix in some speed rush moves as well.

He played a lot inside for the Cardinal but for Pittsburgh he projects and a developmental 5 technique defensive end. Best fit is in a two gap scheme but he can play one gap as well. I think the skills are there where he could develop more and I would like to see him quicken his game. Quicker at the snap count, quicker hand placement and quicker shed for example and he could become a quality backup behind the starters. I’ll go with Raequan Williams as a similar sized comp.

Games Watched: 2021 – vs UCLA, at Arizona State, vs Washington, vs Utah, At Oregon State