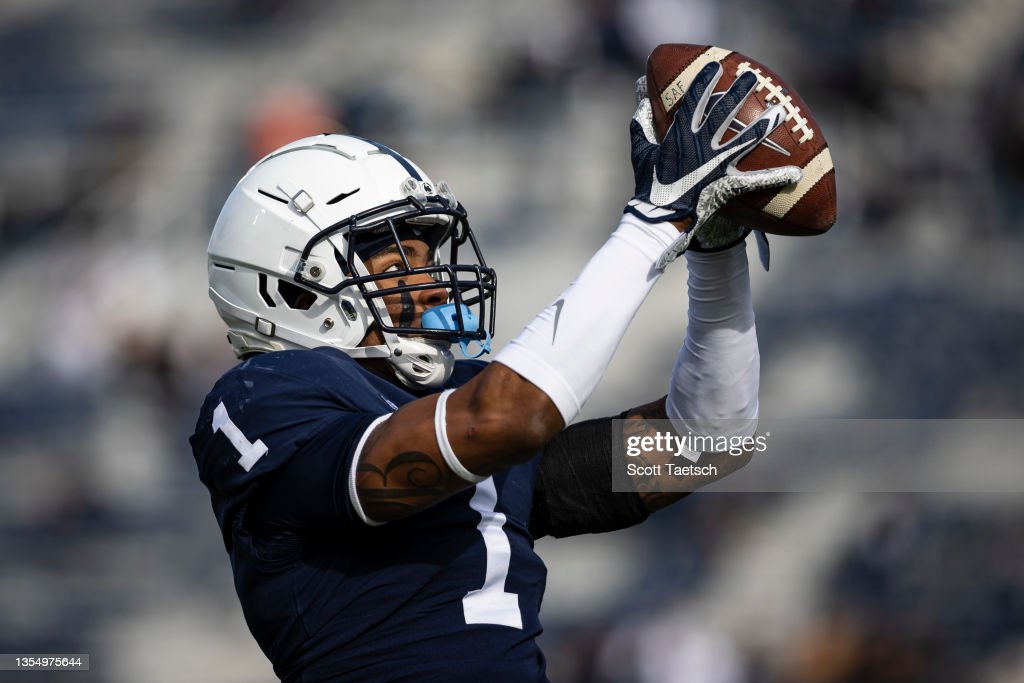 From now until the 2022 NFL Draft takes place, we hope to scout and create profiles for as many prospects as possible, examining their strengths, weaknesses, and what they can bring to an NFL franchise. These players could be potential top 10 picks, all the way down to Day 3 selections and priority undrafted free agents. Today, I’ll be profiling Penn State safety Jaquan Brisker.

— Good frame, bulk, and looks the part of a NFL safety
— Versatile player who aligned all over the defense
— Strong man-cover corner when matched up on tight ends, able to compete with size and athleticism
— Jams with an effective punch and plays well in press
— Aggressive, downhill player who attacks in the run game, comfortable in the box and makes plays at the line of scrimmage
— Plays hard and throw his weight around
— Good athlete overall who can open it up in space, looked better than testing numbers
— Solid hands and attacks/plays ball well in the air
— Looks to be a clear communicator and leader
— Career interceptions all came against conference foes
— Athletic bloodlines

— Inconsistent tackler who misses and falls off too often given his frame, allows too much YAC
— Has to come to balance and aim higher when shooting for tackle, goes too low and causes him to miss
— Needs to clean up angles to the ball when coming downhill
— Overall tendency to play a little out of control, game needs more consistency
— Did not time exceptionally well
— Good but not great overall production

— 34 career games (21 starts) for Penn State
— Career: 151 tackles (10 TFL) 14 PDs 5 INTs
— 2021: 63 tackles (6 TFL) 5 PDs 2 INTs
— Second-Team AP All-American in 2021
— JUCO transfer from Lackawanna College, same school as several NFL players including the White brothers (Kevin and Kyzir White)
— Team captain at Lackawanna and in 2021 for Nittany Lions
— Three-star recruit, chose Penn State over Alabama, Maryland, and several others
— Had five PR touchdowns in high school in 2016
— Pittsburgh native who played at Gateway High School
— Has four brothers and three sisters
— Grandfather is John Brisker, played college basketball at Toledo and played for ABA’s Pittsburgh Pipers and Condors before spending four seasons with the NBA’s Seattle Supersonics from 1972-1975 (coached by Bill Russell); known for being an aggressive, physical player who often got into fights and ejected, he disappeared in 1978 and was declared dead in 1985

Brisker decided to return to school for the 2021 season, a decision that has appeared to have paid off. He boosted his stock with a strong super senior year and making him a potential Top 50 pick this year. Brisker has a good frame and though he lacks great length, he looks like a NFL safety.

Brisker is an aggressive, downhill player who attacks the run. He thrives at the line of scrimmage and is able to take on and get off blocks while finding the ball carrier. Here’s a couple examples of his run defense and overall aggressiveness.

What I like most about his game is his man coverage ability against tight ends. If Brisker is going to play as a SS, it’s an assignment he’ll have in one-high alignments. He has the size and athleticism to match up and take away those guys. In a world where so many tight ends are the focal point of the offense, it’s a valuable trait to have.

I think he’s faster than the 4.49 40 time he ran too. Watch the speed and angle to save a TD against Ohio State.

But in comparing him to a top-notch safety like Kyle Hamilton, or even Georgia’s Lewis Cine, Brisker isn’t as crisp or consistent of a tackler. For a guy of his size, he misses too often and allows broken tackles or players to pick up YAC. He’ll need to clean up his technique and be more consistent in getting guys down quickly.

Overall, Brisker has a nice game. He’s versatile, seemingly a good communicator and leader, and his man-coverage ability against tight ends is valuable. His game has some work to improve upon before he can become a reliable starter though. I like him, don’t love him, and compare his game as a cross between Justin Reid and DeShon Elliott.