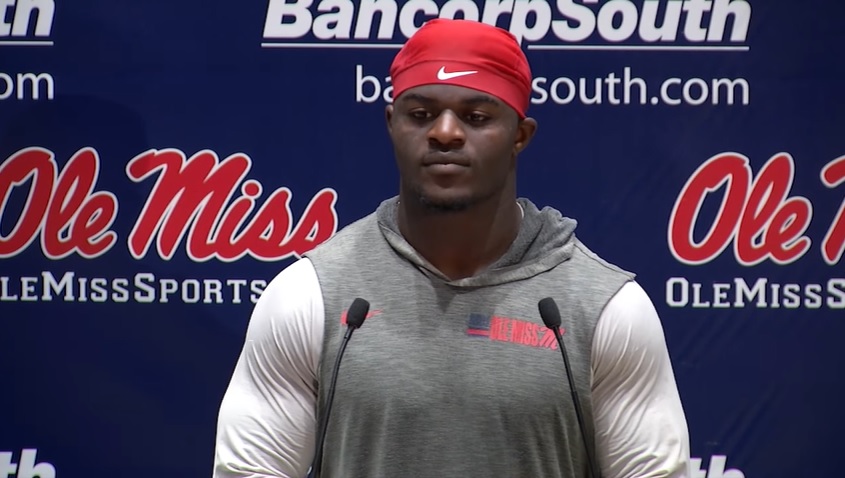 From now until the 2022 NFL Draft takes place, we hope to scout and create profiles for as many prospects as possible, examining their strengths, weaknesses, and what they can bring to an NFL franchise. These players could be potential top 10 picks, all the way down to Day 3 selections and priority undrafted free agents. Today, I’ll be profiling Ole Miss LB Mark Robinson.

— Physically strong in all facets
— Will seek contact on every play
— Very slippery against opposing blockers
— Impressive strength and will to be part of a tackle with blockers draped on him
— Strives to make a play every snap, especially vs the run
— Likes to mix it up, but in a smart way
— Stands his ground each snap; keeps his base low

Robinson is a reported pre-draft visitor for the Steelers and has obviously caught the eye of the team as he also had dinner with Coach Tomlin during the Ole Miss pro day.  Robinson has some eyebrow raising good in him, especially against the run.  Coverage however makes you wonder a bit what he’s seeing or not recognizing.

For someone who made the transition from RB to LB during his final season of college, he certainly has the tackling mostly down pat.  In his first true road game, Robinson dealt with the Alabama offensive line and impressed.  Here the RG for Alabama gets up field to try and neutralize Robinson and create a huge hole, but Robinson is able to bounce off the effort while closing the gap and making a tackle.

Robinson also has a decent ability to avoid blockers as he does here against the LG for Alabama.  Play design sets up going right on what looks like a counter play, but Robinson gets past nearly untouched to earn a stop.

Here the pulling Guard makes a block on Robinson but he simply bounces off it and makes a nice diving attempt.  The RB gets extra yardage, but the effort is admirable.

Penalties against Robinson are minimal and perhaps somewhat controversial if you recall the Ole Miss-Louisville game to open the season.  In his first game as a Rebel, Robinson earned a start and was called for targeting early in the game.  Robinson was called twice for targeting this past season – his first as a LB, mind you.

In the games watched there were plenty of times where a teammate would assist Robinson pre-snap.  Other times Robinson would look to the sidelines for instructions as well.  It’s by no means a detriment to him but it’s noteworthy and perhaps expected due to a position change to the other side of the ball.

Robinson is raw but there’s a lot to like.  His tackling looks violent at times, but his demeanor is calm.  While watching his game against Tennessee, there were a few instances where he was on the receiving end of some extracurricular activity after the whistle and borderline cheap shots, but there was never retaliation.  Instead, he responded in the game by posting a season high 11 solo tackles, 5 TFL, and 2 sacks.  Robinson earned all 70+ snaps during that game and in the 4th quarter he was still making plays and wearing out Vol lineman.  Efforts in games like this one is what may have placed Robinson on the radar.  His game against Alabama and how he was defending the run perhaps another. In coverage it appears he gets away with uncertainty and the NFL passing attacks will look much different than what he’s witnessed so far.  For a player who switched from running over tacklers to tackling ball carriers, he looked the part and played it well at times.