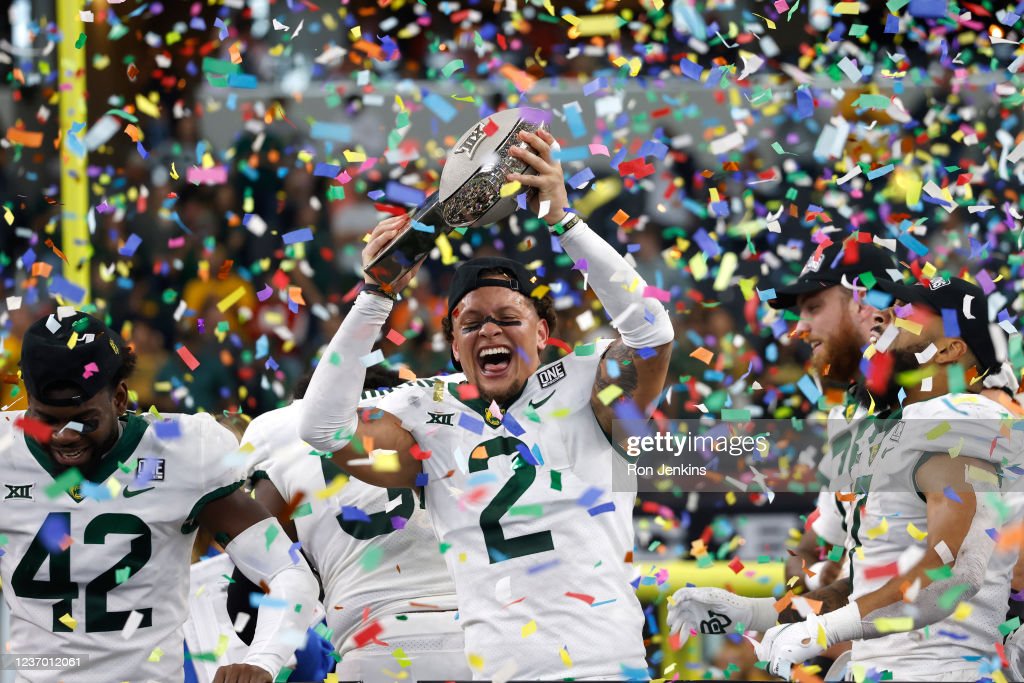 From now until the 2022 NFL Draft takes place, we hope to scout and create profiles for as many prospects as possible, examining their strengths, weaknesses, and what they can bring to an NFL franchise. These players could be potential top 10 picks, all the way down to Day 3 selections and priority undrafted free agents. Today, I’ll be profiling Baylor LB Terrel Bernard.

— Coverage is a bit lacking, especially in zone coverage
— Coverage techniques has him turning his back or taking his eyes off field of play
— At other times he can stare down the backfield too long in coverage
— Missed tackles come in the form of rushing and chasing the QB in most instances
— Size can be a disadvantage at times and gets swallowed up by larger blockers
— Not many turnover opportunities; zero forced fumbles and 3 INT’s

Bernard is a worker above anything else, and perhaps a tireless one.  As the game goes on, he keeps giving a maximum type of effort until the final whistle. Bernard’s not physically imposing compared to other LB’s in this draft and especially so in the NFL.  His size and stature compare more towards a Safety but his coverage skills don’t translate to that particular skillset.  He’s going to give chase on nearly all plays regardless of where he’s on the field.  He’s not afraid of any challenge presented on any given snap as he will take on guys much larger than him

Working and hustle is on display here as Bernard sprints past multiple players from each team to make a diving tackle against an option style toss on the other side of the field.

The effort and awareness to sneak past a block on this play is also what Bernard offers.

Fear doesn’t seem to be a huge part of Bernard’s vocabulary as he takes on the lead blocking back head on while still managing to also make the tackle.

Plenty of opposing blockers will take their best shot at placing a lick on him but on many occasions, just like this one, Bernard bounces off their efforts and makes a play.  What’s even more impressive with this rep is that it’s late in the 4th quarter of a game in which Bernard logged 90+ snaps on defense and special teams combined.

Bernard was very effective rushing the passer during his career at Baylor, improving each of the past few seasons.  The one area where you want to also see improve though is closing the deal once he’s created the hurry.  In this instance Bernard has the QB dead to rights but misses the sack.

Another example here of having the QB in his sights, but another missed tackle spoils his chance at a sack on 3rd down.

One more area of improvement for Bernard would be in coverage.  With the general instincts he possesses against the run and rushing the passer, it’s a little confusing as to how he plays coverage on some snaps.  By all appearances here, Bernard recognizes his assignment in the 3×1 alignment, feels the receiver in his area while staring down the passer and watches the ball travel to the receiver.

If he’s not asked to drop in coverage though he’s going to find a way to outwork by showing no fear on pass rushing snaps.

Someone is going to really like him during this draft process.  Hard to imagine Bernard can replicate the same type of pass rushing pressure success in the NFL but don’t count out his hustle and work ethic.  Questions of coverage skills and techniques will be there and there should be more than a few coaching staffs willing to take Bernard’s existing skillset and improving on them.

Jerome Baker of the Dolphins comes to mind when thinking of a comp for Bernard.  Baker much like Bernard will bolt towards and through the line of scrimmage.  Bernard doesn’t have the EDGE rushing prowess as Baker does, but both find ways to generate pressure.  Baker is also someone who is targeted a great deal in coverage while allowing a high percentage of completions.