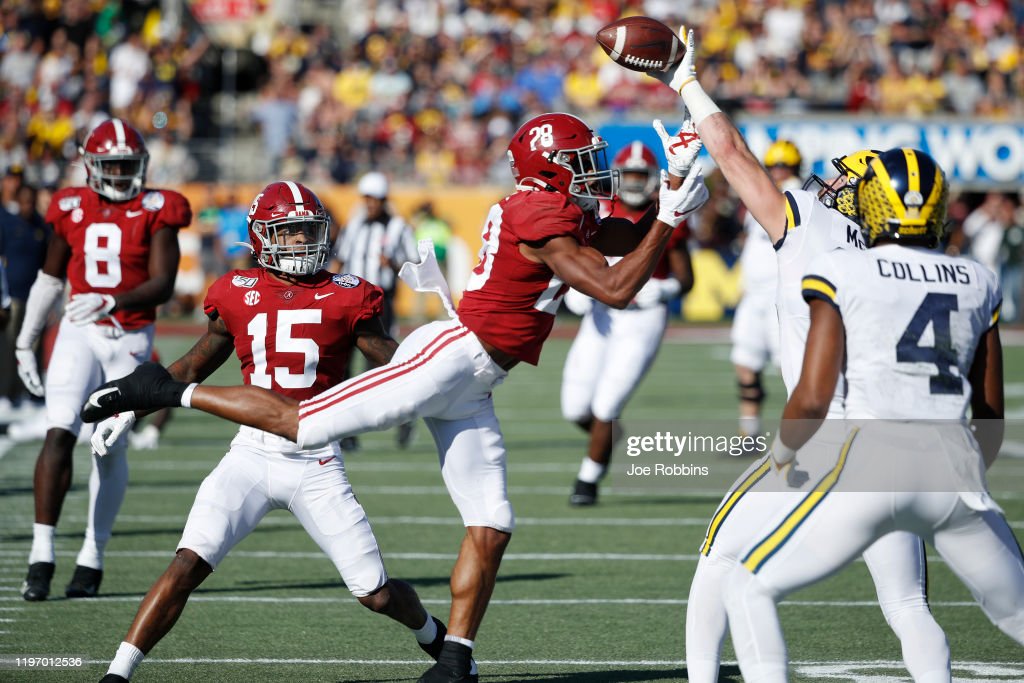 From now until the 2022 NFL Draft takes place, we hope to scout and create profiles for as many prospects as possible, examining their strengths, weaknesses, and what they can bring to an NFL franchise. These players could be potential top 10 picks, all the way down to Day 3 selections and priority undrafted free agents. Today, I’ll be profiling Alabama CB Josh Jobe.

— Good height and excellent length
— Physical demeanor and aggressive mindset, throws weight around and hits bigger than his scale indicates, willing to get nose dirty, plays with fire and an edge
— Impressive tone-setter who doesn’t need to get warmed up for games
— Embraces playing the run, works hard to get off blocks and set the edge
— Comfortable and confident playing in press alignment, likes to gets hands on receiver with his good length and jam/slow down their releases
— Plays clean overall despite aggressive style
— Able to pin receivers to sideline and take away space against outside releases
— Uses length well to close on the ball and get hand in throwing lanes
— Shows soft hands and can take the ball away
— NFL-like scheme with great coaching, experience matching routes, played against top college competition and productive in the biggest games
— Experience and effectiveness as a blitzer
— Versatile and played both outside corner spots
— Quality special teamer

— Slender and slight frame, needs to add on weight, especially as an outside corner
— Struggles more in off coverage, best when he can put his hands on the receiver and ride the release, less comfortable in his pedal
— Shows hip stiffness when asked to make sudden movements, can get off-balanced and struggle to turn
— Appears scheme-limited
— Willing tackler but needs to show more consistent wrap-up, tends to shoot low and throw his shoulder instead, increasing chances of him missing
— Doesn’t appear to have high-end speed or overall athleticism
— Comes to balance too early as a tackler in open grass and want to see him drive downhill harder to meet ballcarrier where they’re at
— Doesn’t have slot experience or skillset
— Average to below average college production
— Older than typical prospect

Jobe is one of several Alabama DBs draft-eligible this year and he might be the first one selected, though this current class lacks any top-end talent this year. Jobe is an old-school, Cover 2 type of cornerback. He’s physical, loves press-man, and throws his light 182-pound weight around. Jobe is physical and attacking and can lay out big body blows.

Watch this hit on the Auburn RB here to clean up this run. And check out how Jobe set the tone to start the playoff game against Notre Dame with this big pop. When Jobe hits you squarely, you feel it.

He’s comfortable in press-man and uses his length well, both off the line and in coverage. Has the ability to reach in and knock the ball away, like this end zone breakup against Miami (FL) early this past year.

But I see some hip stiffness in his game. We don’t have agility times for him yet, a toe injury has kept him from working out so far (he’s supposed to participate at Bama’s second Pro Day April 13th) but I don’t imagine he’ll test all that well. You can see him struggle to flip his hips and he looks a lot less comfortable playing off and in space than he does rolled up on the receiver.

He’s the RCB in the first clip against LSU, LCB in the second clip.

Jobe does come from a great Alabama scheme that gets these guys ready for the league though like a lot of former Bama DBs, Jobe isn’t that comfortable in his backpedal. But I like his experience as a press corner given all the off and “safe” coverage most college DBs play, the “don’t get beat deep” kind. But he does seem limited at the next level in that sort of scheme that isn’t super prevalent, though we are seeing more two-deep shells in recent years.

An easy comparison to make given the fact they attended the same schools but I see some Levi Wallace in his game. An outside corner version of Bills’ Taron Johnson.