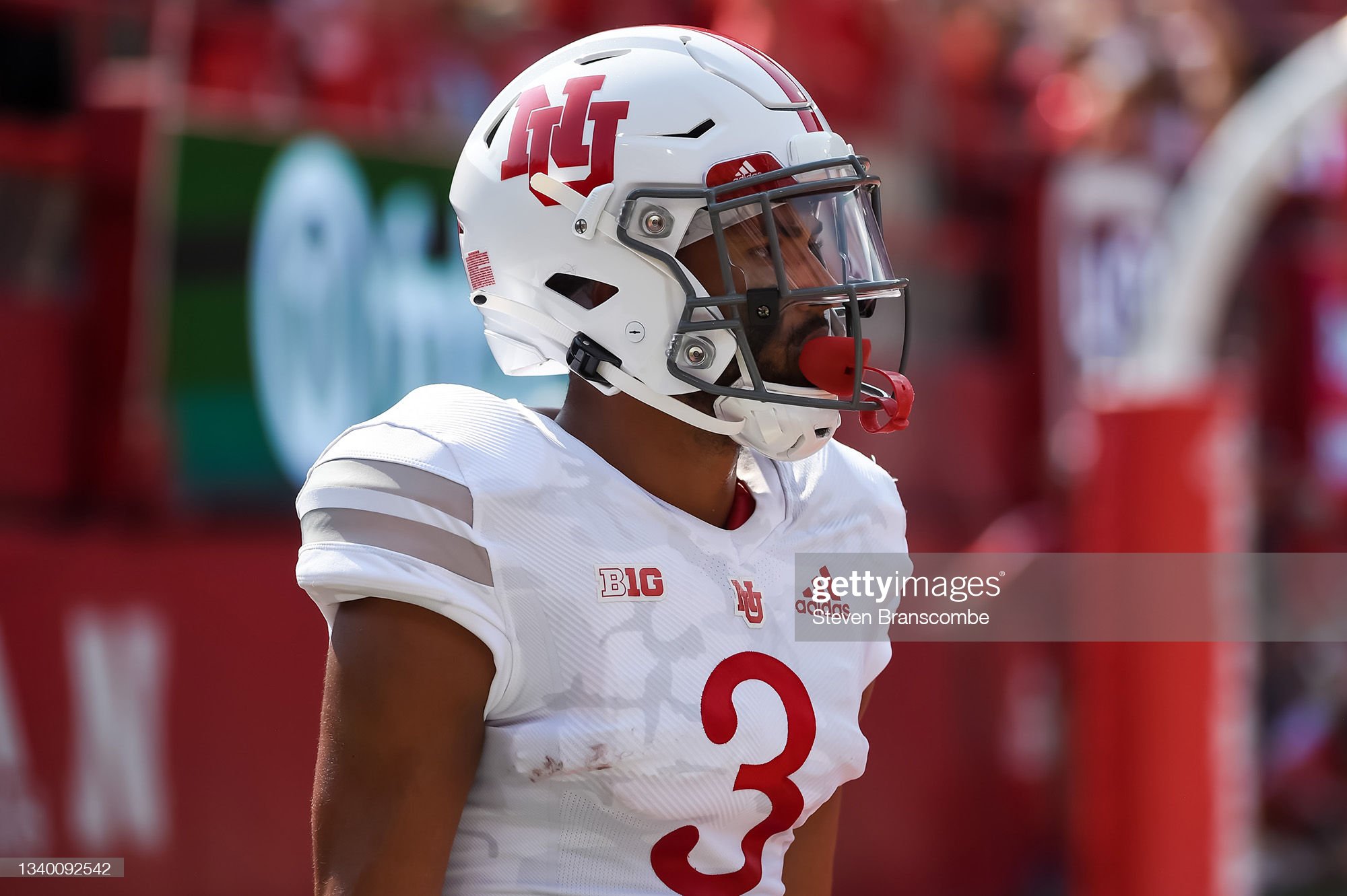 From now until the 2022 NFL Draft takes place, we hope to scout and create profiles for as many prospects as possible, examining their strengths, weaknesses, and what they can bring to an NFL franchise. These players could be potential top 10 picks, all the way down to Day 3 selections and priority undrafted free agents. Today, I’ll be profiling Nebraska WR Samori Toure.

— Good height and length, decent bulk overall
— Shows burst and straight-line speed, ability to run away from defenders in open grass, athletic player
— Smooth, maintains his speed through his routes and as he catches the football, looks natural plucking the football
— Big-play ability and downfield threat
— Willing to go over middle and make tough catches
— Break-tackle ability and can get yards after catch through size and toughness, involved in run/option game
— Moved around offense and wore different hats, got involved in multiple ways (slot, X, wingback, RB)
— Impressive overall production and showed ability to make jump from FCS level after transferring

— Upright and narrow stance that will need to be changed
— Frame is a little lanky
— Appears raw for the position, doesn’t understand nuance and angles to adjust and beat coverages
— Limited route tree overall
— Needs to be more consistent off the snap of the ball
— Afforded plenty of space and free releases, will have to learn how to beat press coverage
— Only one year at FBS level
— Older than typical prospect

Samori Toure was a FCS legend at Montana before trying his hand at the FBS game, wanting to get in an extra year of football after missing the entire 2020 season due to the pandemic, which wiped out the Grizzles’ entire season. So he transferred to Nebraska. He adjusted quickly and had a strong season as a big-time deep threat.

Toure’s speed and burst were evident on tape and he did much of his damage over the deep middle on long-bending over routes. He shows speed to win vertically and burst to run away from everyone once he catches the ball.

Toure was used as a bit of a chess piece in the offense, getting involved in the run game largely on option plays. He shows good speed and has size to run through contact.

Toure is a natural plucker of the football and maintains speed through his cuts and as he makes the catch. Overall, he’s an athletic, fluid player.

But his game feels raw. Even starting with his stance. No two stances are exact and it’s often based on what’s most comfortable and natural for the player but Toure is tall and narrow. Take a look.

His route running IQ needs some work too. Two clips. One, he bends this route too much inside and to the safety as opposed to staying wider/straighter down the seam, which is where the QB throws it. Pass is incomplete. On the second, he drifts upfield on this slant, allowing the CB to control the route and intercept the pass, an overtime turnover that cost Nebraska the game.

Overall, Toure has tools and productivity and I’m impressed by how well he did jumping up in competition after missing an entire year of football. There is real talent to mold. But I don’t think he’s Day One ready and he came from systems that gave him free releases and a pretty simple route tree. My NFL comp is Marqise Lee.