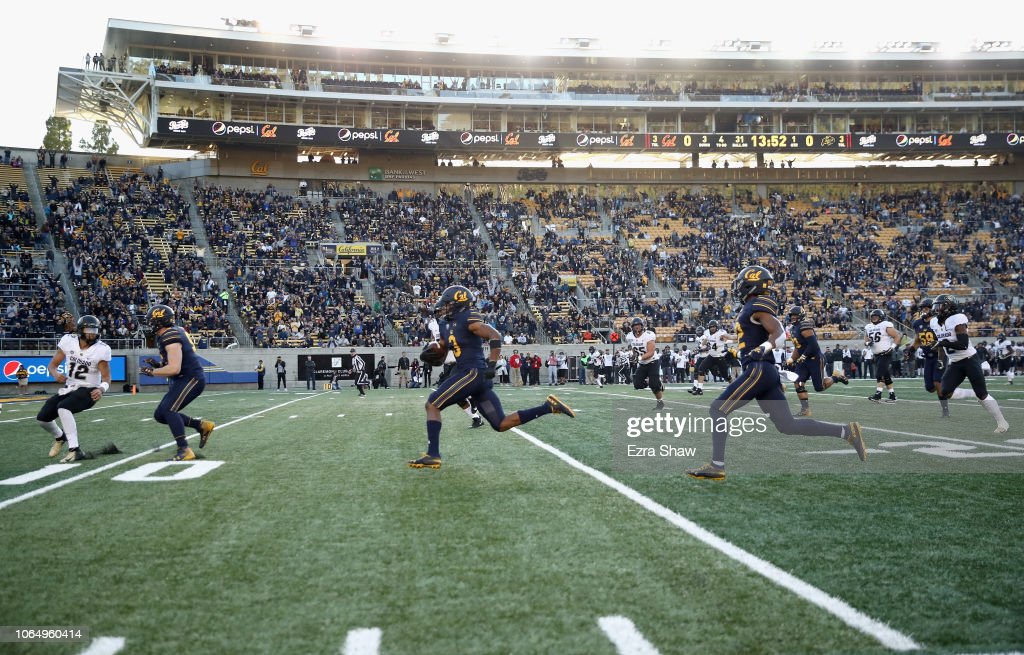 From now until the 2022 NFL Draft takes place, we hope to scout and create profiles for as many prospects as possible, examining their strengths, weaknesses, and what they can bring to an NFL franchise. These players could be potential top 10 picks, all the way down to Day 3 selections and priority undrafted free agents. Today, I’ll be profiling California Safety Elijah Hicks.

— Five-year starter for the Golden Bears (46 official starts & 54 games played)
— 22 years old (DOB 10/16/99)
— Career: 184 solo tackles, 65 stops, 5 INT’s, 6 forced fumbles
— 2021: 65 solo tackles, 9 assisted tackles, 6 missed tackles, 3 INT’s, 4 forced fumbles
— 2021 First-Team All-Pac-12 (AP & Coaches)
— Four-star recruit (Rivals and Scout) out of La Mirada HS, chose Cal after originally committing to Notre Dame along with offers from Michigan and Northwestern, among others
— Winner of the Pop Warner College Football Award – awarded to the Senior who made a difference on the field, in the classroom and in his community while serving as a role model
— Has his own non-profit foundation Intercept Poverty which raised nearly $70,000 during a COVID-19 campaign, working along with No Kid Hungry in providing financial assistance to low-income families to feed their children
— Was a semifinalist for the Campbell Trophy – better known as the Academic Heisman, and was also a semifinalist for the Jason Witten College Man of the Year award and the Wuerffel Trophy for his community service

After watching several games there’s no doubt Elijah Hicks is athletic and fits the bill of a solid defensive back, but there’s some things which are lacking.  It simply comes down to wanting to see more.  The playmaking ability is there and the man himself does well in breaking down what he sees on certain highlight plays via his YouTube channel.  There are many times though where you want to see Hicks fly in for a tackle or go make a play on the ball.

Coverage skills are there as Hicks came to the Cal campus as a CB and played as an outside cornerback for three full seasons before moving around to more of a deep and box safety the past two years.  Perhaps the position change was to aide in helping to create more turnovers as his three seasons as a CB generated just one interception.  This past season alone Hicks came away with three picks.

Here is one of those interceptions as Hicks comes from his center field position to snag a pass away from fellow NFL hopeful Stanley Berryhill III of Arizona.

Hicks also does a great job here of reading the eyes and the pump fake of the Colorado QB to make a diving interception from a single high look.

The head scratching moments comes in the form of angles, effort and pursuit.  On this play late in their game against TCU, Hicks allows a go-ahead TD in what turned into an eventual loss.

Another instance of late in the game with Hicks running to the spot but then not doing much upon his arrival.  Hicks sees the play and reacts well at the snap from his FS position, but the effort level is lacking.  At this point, the game was tied 3-3 in the 4th quarter, with this being the first snap of the series.  Arizona would score the game winning TD a few plays later.

Whereas this is what Hicks is completely capable of here against the run, which makes some plays a little baffling.

Plays like this one below could be an aberration, but as the last line of defense, a safety must be sure which direction they’re going to defend the run and to prevent big plays like this taking place.

Maybe the position change for Hicks to safety was/is still a work in progress, especially against the run.  Defending the pass however, Hicks has shown his ability to make plays as he does here to help jar a ball loose from a receiver with a nice, legal hit.

Someone will take a chance on Hicks even with the injury question lingering.  It may not come in the form of a draft selection, but a team will want to bring him in as a project.  Experience and versatility could lend itself to a solid Nickel or Dime role eventually in the NFL as the defensive scheme under former NFL player Peter Sirmon resembles much of what pro teams will do.  Hicks has shown he can play as a safety in Cover-1, Cover-3, and Quarters.  He can also slide over to the slot in man coverage as he’s experienced as a corner as well.  His approach at the next level will need to be a bit more aggressive and consistent for him to stick though.  If not for the injury which derailed his All-Star game week and Pro Day, Hicks may have been a late Day 3 pick.  High character will not be a question as Hicks has proved during his college years with his work off the field.