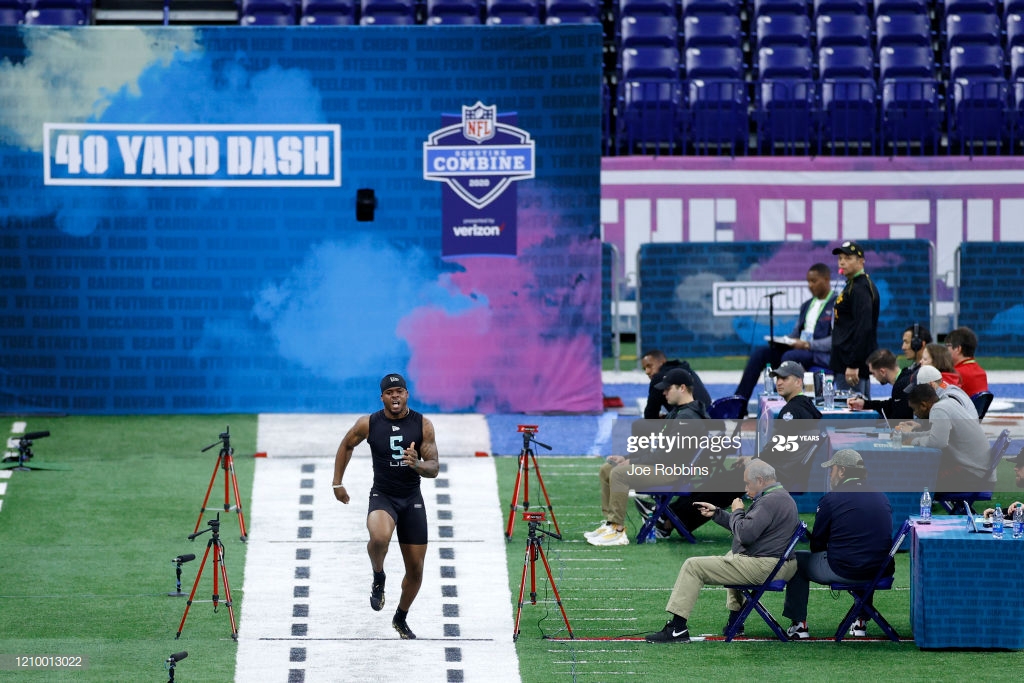 Positional versatility in the NFL is becoming more important with each passing year and this year’s draft class speaks volumes to that. Clemson LB/S Isaiah Simmons has taken the draft by storm as he has lined up just about everywhere on the field and Southern Illinois’ Jeremy Chinn is another versatile player making a name for himself. Another defender that wore many different hats during his college career is Mississippi State’s Brian Cole II.

Cole is a player that has interested me since my early research into the 2020 Senior Bowl. Cole originally signed to Michigan as a receiver and was rated as the #1 recruit from the state of Michigan. Unfortunately, things did not work out as he envisioned and two years later, he found himself at Mississippi State playing as the team’s STAR safety. The STAR position is a hybrid role, serving as a mixture between nickel corner and linebacker.

Cole has played just 17 games in the STAR role but he has made a huge impact in the backfield. In just 17 games, he has racked up 10.5 tackles for a loss. He is not only an extra body against the run but he is also an effective blitzer as well. With his quick closing speed, Cole covers ground very quickly and brings a very violent hit stick with him. Watch him just pummel the Kansas State quarterback into the ground above.

Due to his size, Cole is also great at getting off blocks and stopping runs that stretch to the perimeter. Smaller slot receivers are not going to be able to handle the Mississippi State defender as his 6’2 size is just too overpowering for them. On the play above, Cole uses his arms effectively to shed his blocker and make the tackle for a modest gain.

There is a lot to get excited about with Cole’s positional flexibility but there is also a lot of issues that come with him. His ability to hold his end of the bargain when it comes to his coverage abilities is going to be a big question mark going forward.

Here is one of his least memorable reps from last season. Up against Alabama, Cole is burned pretty easily by Jaylen Waddle as the Alabama receiver makes quick work of him. Cole is flat footed on Waddle’s first break and attempts to grab the receiver in order to slow him down. While this play was disastrous right from the start, it is finalized with a nice out and up finish from Waddle. Whether Cole’s struggles in coverage are from inexperience or just lack of skill/technique, there is just not a whole lot to go off of right now that says he can be a capable nickel corner at the next level.

One of the biggest responsibilities of defensive backs are to create plays and get their hands on the football. Cole has failed to do either with just two interceptions and two pass defenses in 17 games. Despite his 6’2 size, he fails to make plays on football in the air. Watch as he is outmuscled for the football on the play above. It is not only jump balls in which he struggles as his instincts are also lacking.

Cole has played just 17 games on defense which leads to a glass half, glass half empty situation. Either you fall into the belief that he is still quite raw and should improve with more seasoning or you fall into the camp that believes that he just does not have the athleticism or instincts to survive as a full time nickel corner. I am tending to fall more into the second category. While he can hold his own on short routes as he breaks quickly and comes downhill with a sense of urgency, his play down the field leaves a lot to be desired.

Playing to a player’s strengths is the key to success in the NFL and for Cole this likely means sticking in the box. While his future as a nickel corner is murky, he could be a credible depth as a box safety.