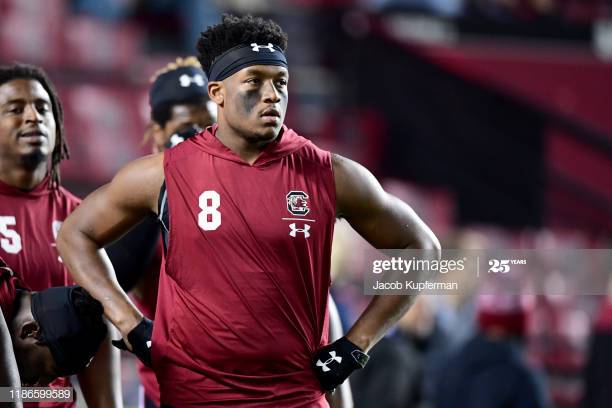 – Long frame with ability to add weight and rare length for position (34 1/8 inches)
– Uses length well in run and pass game, creating length between him and blocker, helps initiate contact as a pass rusher
– High motor player who chases the run well, flies to the ball with top effort
– Wins against tight ends in run game, good hand use to shed blockers
– Willing to take on blockers in run game, doesn’t back down against pullers and able to wrong arm to defeat them
– Versatile player who lined with hand up/down, played both sides, open/closes, experience off ball and on zone drops
– Length will help knock ball out as pass rusher and get in throwing lanes
– Regarded as leader in locker room, good story who worked hard to return from injury for senior season
– Good starting experience

– Wiry frame that doesn’t have much bulk, not as big as measurables suggest and has thin lower half
– Older than you’d like (will be 23 in October)
– Average to below average athlete, average snap off the ball
– Lacks hip/ankle flexibility to turn the corner, stiff player who struggles to bend through contact
– Doesn’t have go-to pass rush move, though shows decent plan and will attack in variety of ways
– Fails to show a heavy strike on his punch when he rushes with power, must get stronger overall
– Stiff and rigid in zone drops, looks robotic when moving backwards or changing directions, rarely if ever played man coverage on a back/tight end
– Production was never great
– Struggles to finish plays, misses too many tackles and left too many opportunities on the table
– Disappeared in some moments, hot and cold player statistically

Wonnum is someone I was eager to check out given his overall profile. 6’4, nearly 260, with excellent length and named team captain during his sophomore season? Felt like hearts and smarts were checked off along with the bigger body the team looks for when drafting the position (Watt, Dupree, Chickillo all examples of that).

On the plus side, Wonnum possesses another trait the team holds in high regards. Effort. He runs to the ball, chases it all over the field, and shows the want-to you must have to play in Pittsburgh. He also shows good hand use to defeat blocks, especially when facing tight ends, which makes him a more intriguing fit as an OLB as opposed to a DE. LOLB (UNC) and ROLB (Bama) in the clips.

And he’s a versatile player who wore a lot of hats for the Gamecocks. Lined up all over the place. 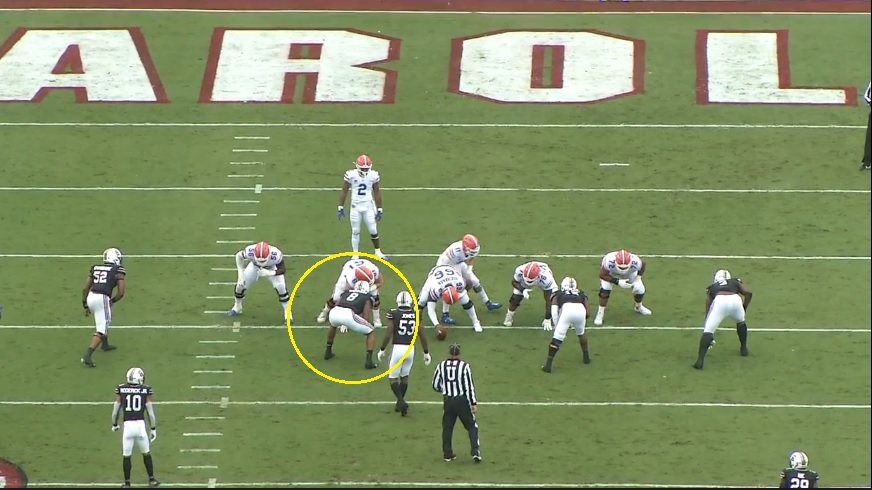 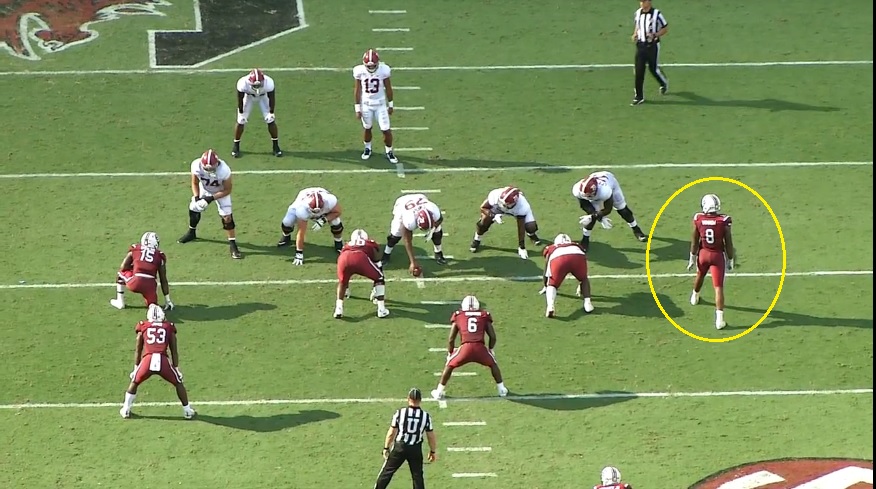 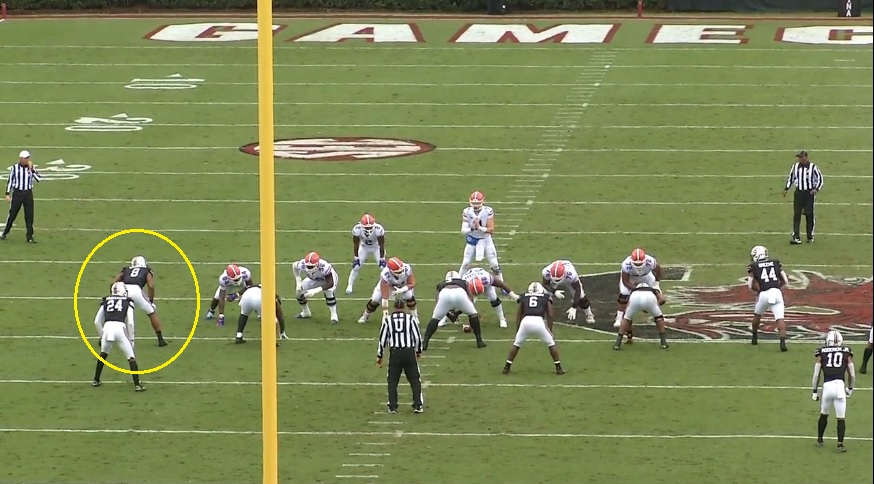 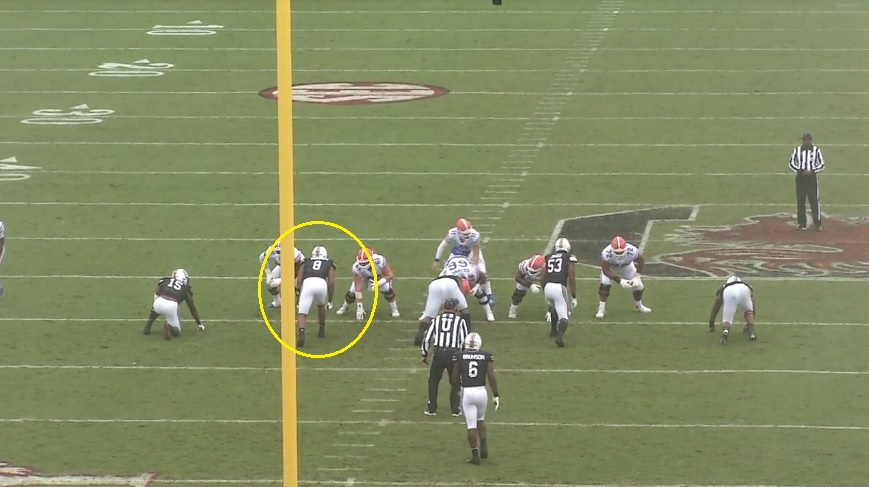 But there were more negatives than I anticipated. Wonnum isn’t a great athlete, not even a good one, and struggles to win the corner. He’s too stiff and rigid trying to bend the edge, pushed upfield far too often. In the first clip, he basically takes himself out of the play, not tight enough to the edge and allowing the LT to come off the 3T to seal him up the top.

He’ll also struggle with power, needing to add lots of strength and adding muscle/bulk, making it hard to see how he’ll win consistently at the next level. A developmental prospect, at best.

Even when he’s in position to make the play, too often he has trouble finishing it. Just too many missed tackles on his tape.

As we noted, the production wasn’t anything remarkable and it often came in bursts. In 2019, he had a 3 TFL game in the opener against North Carolina, which was essentially a product of him being able to key fully on the RB on read/options, making the tackle if the QB gave the ball. Three of his 4.5 sacks came against Kentucky. I’m not trying to remove a players best games from the board but you’re seeing a lot of empty stat sheets on his resume.

Overall, I liked Wonnum a lot less than I thought and hoped I would. He’ll be ok against the run but I’m not seeing a strong or athletic enough player without a lot of coaching and time in the weight room. Day Three flier but not a lot more. Reminds me a bit of former LSU EDGE rusher Tashawn Bower, though Bower looked a lot more comfortable going backwards than Wonnum.

Games Watched: vs North Carolina, vs Alabama, vs Florida, vs Clemson