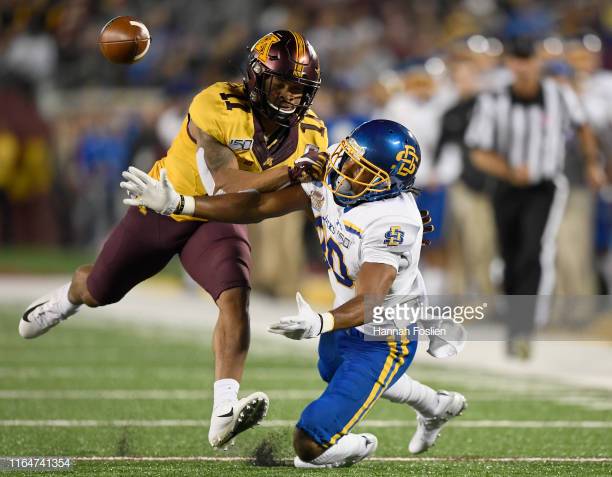 If Antoine Winfield Sr. had played football in this decade, there’s a good chance he would play safety, just like his son, Antoine Winfield Jr. The two are eerily similar in their style of play, physical dimensions and skill set. The major difference between the two is that the elder Winfield played corner, and the younger played primarily free safety for the Gophers during his collegiate career. It is striking how similar the two are.

Winfield Jr. is an excellent free safety prospect who has a well-rounded game and the overall skill set to be a beneficial coverage player in the NFL. Like his father he’s a zone coverage player with the downhill burst to break up plays and keep the offense from making big plays in the passing game.

Intelligence and discipline are the hallmarks of Winfield Jr on the field. He has a professional approach to the game is nearly always in the right place and dissuades passes from even being thrown his way. That makes it tough to show a highlights of ‘nothing’ happening.

When quarterback do throw his way, he has the closing burst to make them pay. He has great speed, backed up by a good 40 time at the combine. (4.45). He’s not just a linear athlete either. Winfield Jr. can turn and run from sideline to sideline and make plays either on the ball or a receiver. Any pop fly to the middle of the field is fair game for Winfield Jr.

While he’s best roving deep in the secondary, he’s shown the flexibility to play in the slot against tight ends. This is especially encouraging given his height and arm length.

He can also line up in the box and provide adequate run defense. Despite his smaller stature he’s well built with a strong, athletic core and lower body. He’s a bit of an ankle-biter, but he does not typically miss tackles.

The biggest drawback about the Texas native is something he cannot control; his size. Winfield is short in stature, standing at just a shade over 5-9 with sub-par arm length. It doesn’t show up often, but Winfield may struggle against athletes who have the same level of skill that he does. His ability to recover when he does make a mistake is limited by his height and reach.

The good news is that there is precedent for a player with his exact dimensions being successful in the NFL, his dad. While that’s not a guarantee that Antoine Winfield Jr. will be a Pro-Bowl player, it’s an encouraging sign for teams that are looking for reasons to NOT draft a player who doesn’t fit the classic dimensions of a football player. His skill borders on first-round talent, but he’ll likely fall in favor of players with better measurements. That means he’s a steal waiting to happen from the middle of the second round on.