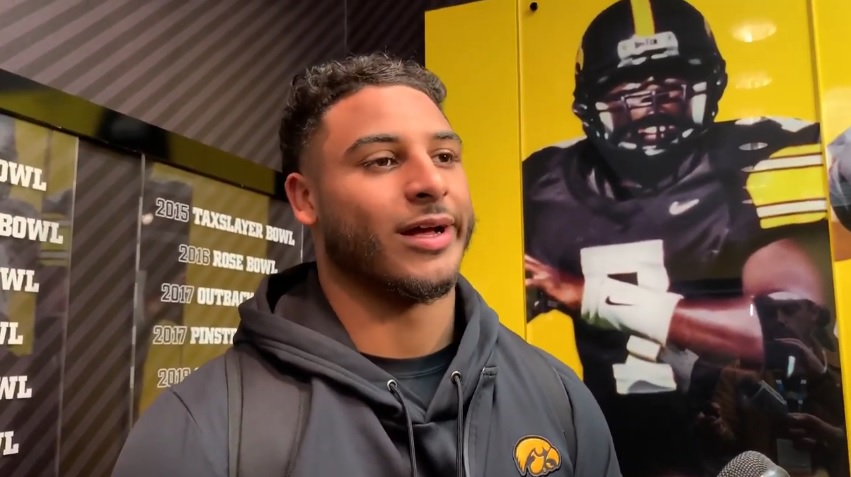 – Well-built frame and looks the part
– High IQ player who excels in zone coverage, has a great feel for windows, anticipates throws, and makes plays on the ball
– Physical, face-in-the-fan player who supports the run well and an impactful hitter
– Does a great job being physical at the catch point and routinely separates player from ball, makes receivers pay for trying to make contested/diving grabs
– Consistently does an impressive job knocking the ball out at the end of plays
– Versatile player with experience in the deep half, slot, and down in the box
– Holds his own in man coverage with a fluid turn and understanding of angles and route trees
– Productive player on special teams before being elevated to starter
– Seemingly a leader and well-liked and regarded in locker room

– Average to slightly below average athlete who tested like it (4.62 40, 33.5 vert, 9’8″ broad)
– Will gamble and take risks on the ball and as a tackle, tends to go for big hit or big play instead of playing it safe and wrapping up
– Misses more tackles than you’d like and doesn’t come to balance enough as a tackle, wants to run through as opposed to breaking down
– Not a ton of starting experience and overall defensive production

Stone is an interesting name in a not-great safety class. Certainly someone who has a chip on his shoulder and exceeded most expectations. As we noted in his bio, Stone was overlooked by every PA school and his only Power 5 offer came from Iowa. He committed there, climbed the ladder and become a starter and one of the most well-respected players on the team, as evident by being named permanent team captain in 2019.

Let’s talk to the tape.

His best trait is his physicality. Both against the run and the pass. He closes quickly and packs a wallop.

And I’m not sure I’ve seen a safety separate player from ball at catch points like Stone does. If a receiver is trying to make a grab over the middle of the field, Stone is going to make you pay.

He’s capable in man or zone but I really like him in zone. Great feel for route combinations and overall anticipation. Check out this pick as the hook defender, getting depth and high-pointing the ball to pick off this attempted flag route. One of the top plays on his tape.

To the negatives, his testing was average to below and for Pittsburgh, doesn’t fit the mold. He’s also a bit of a gunslinger in coverage and as a tackler, going for the big play. When it works, awesome. When it doesn’t, he’s prone to missing tackles.

Overall, I like his game. But with the high standards of athleticism the Steelers generally put on their safeties, Stone may not make the cut. Given he’s a later round pick, their bar may be slightly lower. I’m certainly open to taking him on Day Three and regardless of where he goes, he’s a safety that plays better than his measurables and testing. Comparable to DJ Swearinger who has had a solid though not spectacular career.