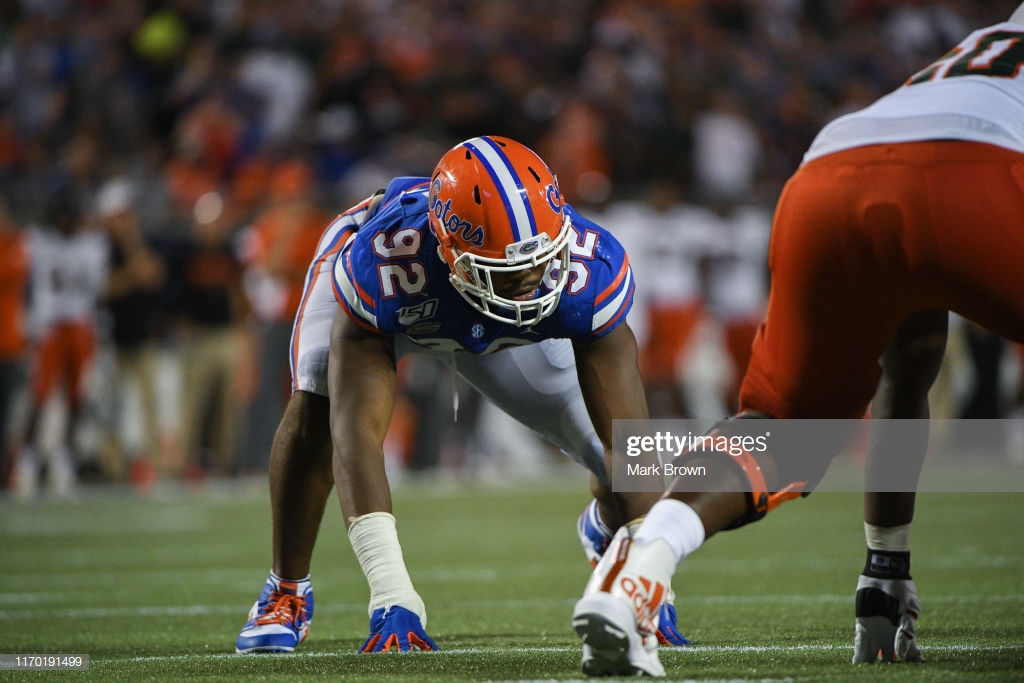 Zuniga played in many spots along the defensive line at Florida playing in a 3 and 4 point stance while lining up from the 3 technique out to the edge. He has a strong build, solid athletic ability with solid arm length and plays with good leverage. He diagnoses plays well and shows good competitiveness versus all competition. He suffered a high ankle sprain that caused him to miss much of his senior season limiting him to 5 games.

In the passing game, when he times the snap well he has a good first step and displays very good explosiveness getting up field. He showed better explosiveness on the edge then when he was lined up inside. He shows good hand placement and a strong punch when he uses power rushes (bull, long arm, push/pull) and plays with good leverage. When using speed rushes he likes to uses chops, rips and a yank move with varying success. His snap timing improved this year but was spotty overall.  He lacks the bend and ankle flexion to corner when he beats the tackle often having his feet slide out at the top of the rush. He didn’t show the play strength to move offensive lineman consistently with power rushes. He needs to improve his pass rush plan and his ability to counter with his hands when his first move is unsuccessful.  In the games watched he didn’t play in a 2 point stance and wasn’t asked to drop into coverage.

Vs Miami, he times the snap perfectly beating the left tackle to the corner and runs through the RB block attempt for the sack.

Vs Virginia, he’s lined up across from the left guard and uses good hand placement and strength to yank the guard forward to get around him for the pressure.

Against the run, he is a strong defender and very good tackler.  He has enough quickness to side step and swim over interior offensive lineman to penetrate into the backfield.  He plays with good hand placement and leverage and shows solid play strength to stack and shed at the line of scrimmage. On the edge he does a solid job setting the edge on front side runs and has good explosiveness to chase down runners in the backfield from the backside. He’s shows solid pursuit across the field and adequate chase downfield. He was at a disadvantage when playing inside and couldn’t hold his ground versus double team blocks.

Vs Georgia, in a goal line situation they leave him unblocked and he shows the quickness from the backside to cut down the runner.

At Tennessee, on the edge across from the left tackle he uses his hands to lift the arm of the tackle and get to the outside to cut off the runner.

At LSU, he reads the movement of the right tackle and shows burst to the inside to beat the block and track down the runner.

Vs Georgia, lined up as the 4i on the left side. At the snap shows good burst and dips to the inside causing the right tackle to whiff on the block.

Zuniga has good quickness and up field explosiveness, is a good tackler and strong run defender.  He has some good rushes on tape but wasn’t a strong point of his game. He lacked a pass rush plan and didn’t show the ability to counter during his pass rushes, play from a two point stance or drop into coverage.  His best fit would be as a strong side defensive end in a four man front where he would be relied upon to rush the passer and should be able to play in a 1 or 2 gap systems.