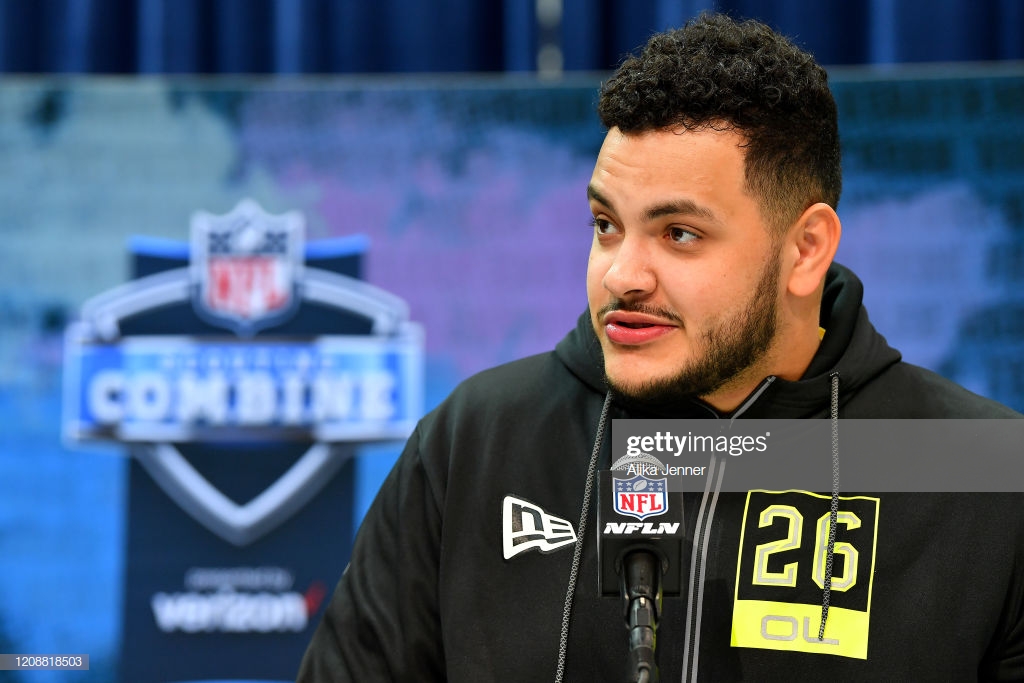 Ohio State’s Jonah Jackson brings grit and good technique to the guard position and is a ‘gamer to put it politely He has good feed, and good straight line speed as well, which allows him to get to the second level. It also allows him to set up well in pass protection, which is probably his calling card as a player. Jackson is a very smart player who diagnoses line games and blitzes well and is rarely caught out of position.

As a run blocker, he’s a good combo blocker and works well to the second level. Once again, the veteran of the Big 10 shows positional understanding and technique that not every prospect has. Nothing blows you away but he’s as solid as they come.

Yet when you start with intangibles for any player it typically means that they just meet the physical requirements to play in the NFL, or they are below them. Jackson is teetering on that line. He’s not overly explosive, does not have great lateral agility and is an overall, average athlete. One place where this shows up is his lack of ability to consistently reach block. He also allows quick defenders to cross his face and jump gaps, which allows them to disrupt running lanes.

Jackson also has a bad habit of stopping his feet when he’s bull-rushed. This is a huge no-no because it allows the defender to walk him back and raise his pad level. At that point he is at the mercy of the defender to rag-doll him and get to the QB. This happens despite good arm length and a decent overall size. The reason is his lack of lower body strength and ability to anchor the way you’d like from an interior player. This lack of power shows up in the running game as well.

Yet on most of these blocks, Jackson somehow finds a way to maintain at least some control and not give up excessive pressure.

He simply doesn’t lose a lot despite the bad positions he finds himself in. This is partly due to the level of collegiate competition, but also a credit to him for simply finding a way. It’s hard to expect that at the next level, where he will routinely face more athletic and technically skilled tackles. Add to that the fact that he’s a redshirt senior and there isn’t a lot of upside for Jackson. Yet he’s skilled at the most important thing; pass protection. He’s worth a flyer late in the draft to see if his gritty style will translate to the NFL.