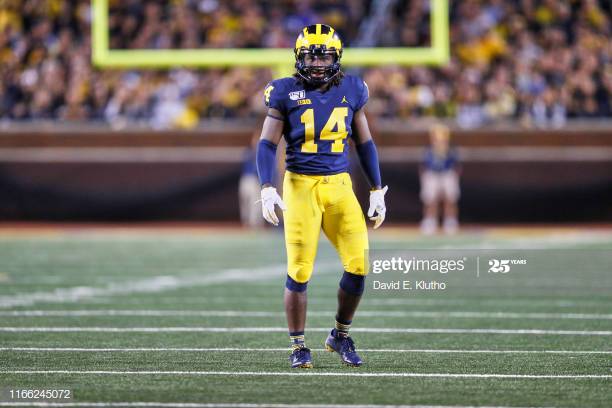 – Good size, well-built frame for playing style
– Physical, attacking player who plays with fearless attitude
– Impact hitter able to separate player from ball
– Reliable open field tackler, impressive upper body and grip strength
– Technical player capable of breaking down and wrapping up
– Plays with good leverage and pad level
– Fills alley with authority against the run
– Versatile player who wore plenty of hats in college
– Plays through the hands in coverage, physical at the catch point
– Played on a top defense with good coaching
– Tested well at the Combine
– Intense, high-energy player who wears emotions on his sleeve
– Tons of starting experience

– Average athlete on tape, not quite as strong as testing indicates, and lacks foot speed to catch up with the fastest running backs/wide receivers
– Can be too aggressive and gamble in coverage, doesn’t always get proper depth as the post safety
– Only moderate production despite experience
– Didn’t force nearly as many fumbles as you’d expect given playing style (1 career FF, none the last two years)
– Unlikely to be a significant playmaker, upside may be limited

Josh Metellus is a solid prospect who profiles as your classic box thumper. There won’t be many safeties who possess his physicality and hair-on-fire attitude. He’ll come up and support the run and uses that hit power to make plays in coverage.

Love this first clip against Alabama. Fills the alley, plays with great pad level, and stands up the RB in the hole for the stop.

He was versatile in college, entrusted to wear a lot of hats, and though I don’t know if he’ll be quite that chess piece in college, it’s helped his football IQ. Guy who will know what everyone is doing on the field. Like here, reading and driving on this screen and using his physicality to break up the throw.

Metellus is a high-energy player who plays with passion and emotion. But he’s able to keep that under control so he’s not reckless about it. In fact, he’s a reliable open field tackler I’ll trust to break down and make the play in space.

While he tested very well at the Combine, I don’t see quite that caliber athlete on tape. Average foot speed shows up on tape, like here against Ohio State in 2018. Even though he has the angle, he can’t lay a finger on Parris Campbell, who races by for the score. Campbell is fast, no doubt, but you’re going to see more of that speed in the NFL, not less.

Parks may never become a full-time starter but he’ll have a consistent, solid career. Classic thumping safety who will contribute in a big way on special teams and a #3 safety. NFL comp would be Jeff Heath or Will Parks. As a Michigan man with good triangle numbers and that Devin Bush connection, I think he’ll be on the Steelers’ radar.

Games Watched: at Ohio State (2018), vs Middle Tennessee State, vs Michigan State, at Indiana, vs Alabama