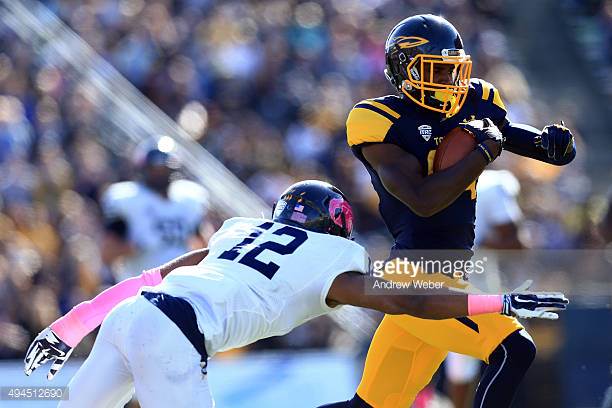 – Physical prospect who plays bigger than his size
– Wrap up tackler but reliable in the open field and attacks tackles/run support aggressively
– Does well to play his man downfield on vertical throws, stays in-phase
– Good leaper who times his jumps and shows ability to play the pocket, strong hands to finish
– Shows long speed and a quality athlete overall
– Versatile and played all three cornerback spots
– Gives effort in press and shows physicality, functional strength and does nice job to stay square on his jam
– Man and zone experience, used as a blitzer from the slot too
– High effort player who doesn’t loaf, maximizes talent

– Clearly undersized and underweight
– Small frame gave him trouble in man coverage against big receivers, coming downhill to play the ball or in press man
– Size will likely demand a permanent move to the slot
– Too often catches in press and needs to clean up his hands
– Testing at Pro Day was good but not spectacular for undersized guy
– Didn’t play against top flight competition
– Statistically underwhelming career
– Some off the field questions to be answered

Murray, like so many corners, has a Napolean Complex. Short in statue, but certainly plays big. And it’s hard not to like this kid. He’s a good athlete, lined up everywhere, has ball skills, and a willing/competent tackler in the open field.

In 2015, he played on the outside most of the time. That mean he was constantly challenged by tall receivers, to him, every WR is tall, downfield. And he held his own in the red zone and on vertical shots. Good technique, playing the man, not the ball, to break this throw up. Did it twice in this game. I’ll show you one.

And he’s a great tackler, even if he isn’t going to lay the hurt on anyone. Like his demeanor and ability to wrap up in open space. We’ll show his attitude here, taking on this 220+ pound back and bringing him down in the open field.

But he didn’t win every matchup on the outside. Watched him against Toledo’s Alonzo Russell, weighing in at 6’3, 260, and he gave Murray fits. Man coverage here but Russell bumps him off the top of the route and makes the catch.

Being small doesn’t automatically mean you get moved to the inside. Some guys can still hang on the outside. But Murray is smaller than even the typical corner we look at and his tape says he should go inside. Especially with how he tested, with pretty strong shuttle drills. He was playing there in most of the 2016 snaps I watched so there’s no learning curve for him and he does well against the run and is an apt and experienced blitzer.

Yes, he went to a “small school,” though that stuff is sort of a misnomer because he held his own against teams like Alabama. But there was big time talent considering Ohio State wanted him. He’s in late round consideration and someone I think can make an immediate impact on special teams.

I see some Nickell Roby-Coleman in him. Ditto with Jerraud Powers.

Games Watched: at Toledo, vs Marshall, vs NC A&T, at Alabama, vs Western Michigan,