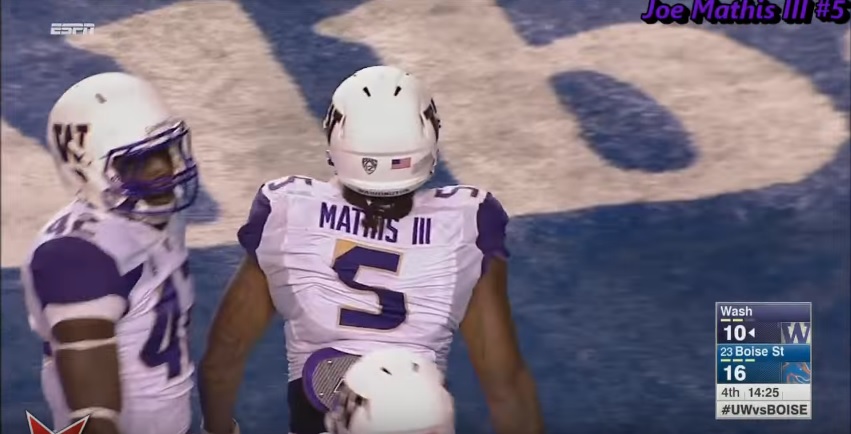 – Frame has bulk and at an NFL weight
– Heavy hands and has a violent punch, plays with great leverage and routinely wins the POA
– Excellent against the run, uses length to create space, and has quick hands to disengage and shed
– Good football IQ, vision to the football, and doesn’t overcommit or overrun plays
– Flashes excellent bend around the edge and ability to corner
– Overall, a violent and physical player
– Experience with hand down and up, moved around the defense, experience as B and C gap player
– Was asked to drop into coverage, mostly spot drops/walls to cover curl/flat
– Effort player, doesn’t loaf

– Is only an average athlete and not the most fluid in space
– Doesn’t consistently win the edge and can get pushed upfield if he doesn’t time the snap
– Lacking true, go-to move (swim, dip/rip are evident but not consistent)
– Needs to develop a counter, round out pass rush repertoire and develop a plan
– Will have to learn to play as the field linebacker, limited to boundary in college
– Injury history will raise red flags, limited tape, especially at projected NFL position
– Limited body of production, didn’t pick up until senior year

Joe Mathis is a difficult prospect to figure out. Heck, it’s hard enough to find good tape on the guy. As it feels is a rite of passage in Washington’s defense, Mathis has moved around and shifted to outside linebacker in 2016. But his season was cut short and the games he did play involved blowouts and lower competition (including my beloved Idaho Vandals).

He’s a violent, physical player with a nasty demeanor, a great combination of traits to have if you’re going to live on the edge. Mathis is excellent against the run, showing a pair of heavy hands. He’s able to uncoil his hips the way an offensive linemen does to create power and pad level, routinely winning the point of attack. Check out these examples. 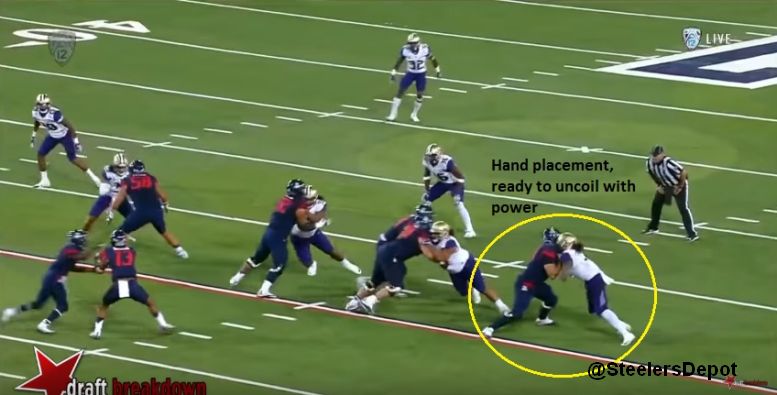 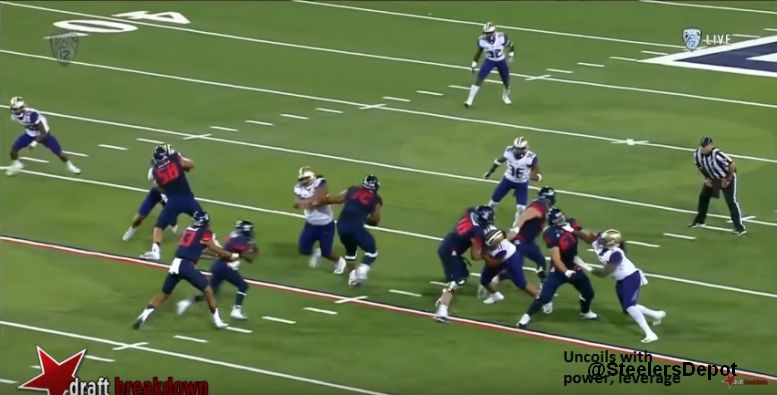 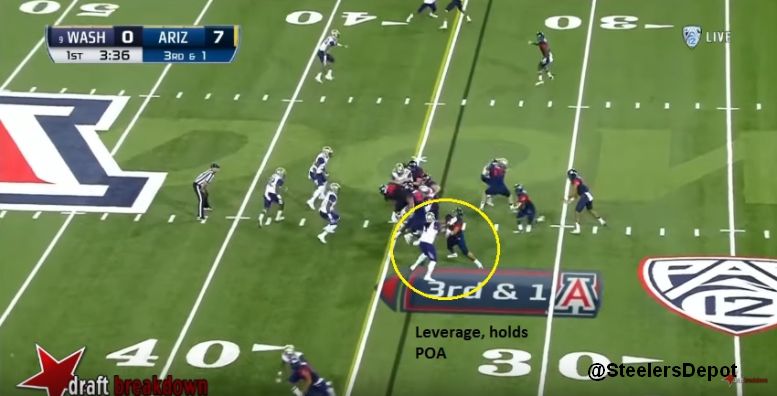 That power and extension creates space between he and the linemen/blocker and puts him in a position of dominance. Even against guys 50 pounds heavier then him, he always seems to be the alpha male. Watch him bowl over the Boise State right tackle and then, it’s hard to see in the GIF, force a fumble on the back (that he recovered!). What a play.

It translates as a pass rusher and though he doesn’t do it consistently, I think his speed bull rush will become his go-to move. You may have seen this clip before but watch him destroy the Stanford right tackle. Whew.

So we’re all good here, right? Let’s clap our hands and move onto the next guy. Except, that level of dominance, or just good tape in general (no one is going to be that dominant snap to snap) doesn’t always exist as a pass rusher. As a run defender, I can check that box off. He’s excellent and I have little doubt that will change at the next level.

As a pass rusher, it’s inconsistent. He can bend the edge but because he’s only an average athlete and can’t always gain a step with his initial burst and stride length. There are times he can get thrown up the arc, like these two examples.

I’m going to say something that might scare you off. But don’t let it. I promise it’s meant as a compliment.

Joe Mathis is what Jarvis Jones was supposed to be.

Don’t confuse that with who Jones is now. That’s not where I’m predicting Mathis to be although at his floor, I could see Mathis as a slightly better version of that (even stronger against the run, slightly better pass rusher). But more optimstically, I can see him as a top-notch run defender who gets a lot of pressure and a good but not high amount of sacks because he’ll be best going through tackles than around. He will win the edge at times but I don’t think he’s going to be dominant there.

To be fair, he’s still early in his development. He didn’t play a lot of football compared to others and as an outside linebacker, the tape is even more limited. There is plenty of upside here and Mathis’ game is far from being over. Which is good because he’s unrefined. Has to develop a more consistent, potent go-to move and a counter. If it’s me, he can win with three moves. You don’t need five or six as a pass rusher. You can get away with two if you’re good enough (Dwight Freeney) or three. Here’s the three for Mathis.

In all, the projection for him is awfully tough and probably going to be all over the map. I…don’t really have any idea where he’ll end up. It’s a deep class but his upside is enticing and as the saying goes, all it’s going to take is for one team to really like him. I suspect someone will and he will go high.

Games Watched: at Boise St (2015), vs Rutgers, at Arizona, vs Stanford