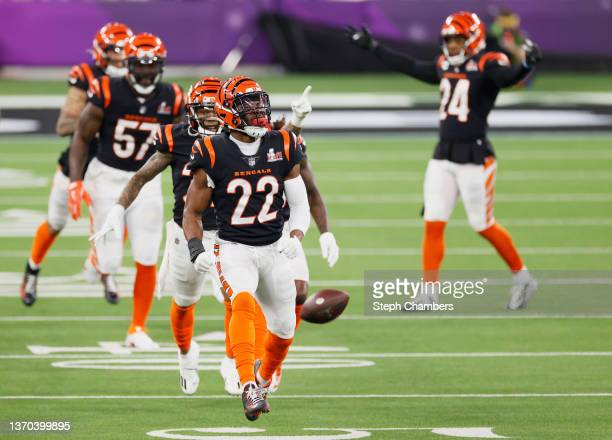 Late in the 2017 NFL Draft, the Pittsburgh Steelers really lucked out as multiple teams passed on Wisconsin defensive end T.J. Watt, dropping the athletic pass rusher into the black and gold’s lap at No. 30 overall.

Since then, Watt has become the best pass rusher in football, and arguably the best defender in the game overall, racking up 72.0 sacks, 22 forced fumbles, seven fumble recoveries, and four interceptions through five seasons, while also winning the 2021 NFL Defensive Player of the Year Award, finishing top 3 two other times, and earning three straight first-team All-Pro honors and four straight trips to the Pro Bowl.

Getting that type of production at No. 30 overall was quite the haul for the Steelers then and now. Unfortunately, in Bleacher Report’s 2017 Re-draft exercise, Watt is long gone for the Steelers’ pick, taking away a dominant defender overall in the hypothetical exercise. In fact, Watt comes off the board at No. 4 overall to the Jacksonville Jaguars in the re-draft, where the Jaguars originally selected running back Leonard Fournette, while former Steelers’ receiver and second-round pick JuJu Smith-Schuster comes off the board at No. 23 to the New York Giants, who originally took tight end Evan Engram at that draft slot in 2017.

Knowing that the Steelers’ first and second-round picks are off the board at No. 30 overall in the exercise, Bleacher Report has the Steelers addressing the defensive side of the football again, landing cornerback Chidobe Awuzie, giving Pittsburgh a potential No. 1 cornerback, pairing him with Joe Haden that off-season, who was signed that summer after being cut by the Cleveland Browns.

“The Pittsburgh Steelers remained contenders for as long as they did partly because they time and again made solid picks late in the first round. The 2017 draft was no exception—Pittsburgh landed arguably the best defensive player in the class at No. 30 in T.J. Watt,” Bleacher Report’s Gary Davenport writes. “But Watt is all kinds of gone now, as are a number of other Pro Bowl defenders. But that doesn’t preclude the team from finding an upgrade at boundary cornerback opposite Joe Haden.

“Chidobe Awuzie hasn’t been a worldbeater. At least not consistently. A second-round pick of the Cowboys in 2017, Awuzie played four up-and-down seasons in Dallas before landing in Cincinnati as a free agent last year,” Davenport added. “But he played a big part in the Bengals’ run to the Super Bowl, emerging as Cincinnati’s No. 1 cornerback. Despite often facing an opponent’s No. 1 receiver, Awuzie allowed just 58.2 percent of the passes thrown in his direction to be completed and posted a highly respectable passer rating against of 75.1, two interceptions and 14 passes defensed.”

A second-round pick in the 2017 Draft by the Dallas Cowboys out of Colorado University, Awuzie wasn’t the best athlete at the position in the draft class, but he possessed some of the best footwork and reactionary skills, which has allowed him to remain a starting caliber cornerback in the NFL the last five seasons.

no starting cornerback is getting targeted at a higher rate than chidobe awuzie.

to be at the top of both lists at the same time is absurd. like 2009 revis absurd. pic.twitter.com/rbVQl7kxjt

Though he struggles in the tackling department at times, there’s no denying how key Awuzie was down the stretch for the Cincinnati Bengals last season in their run to the Super Bowl. He excels in man coverage and really helped lock down one side of the field in the playoffs.

The Steelers have historically struggled to identify talent at the position in the draft, but maybe with the selection of Awuzie they’d have hit on one in the first round. In 2021, Awuzie posted his best-ever grade from PFF, coming in at an 83.3 overall, including an impressive 84.4 in pass coverage.

Elsewhere in the AFC North in the redraft exercise, the Cleveland Browns — who had two first-round picks in the draft — landed quarterback Patrick Mahomes and tight end George Kittle at No. 1 and No. 12 overall, while the Ravens made the same pick as they did in 2017, grabbing cornerback Marlon Humphrey at No. 16 overall. The Cincinnati Bengals landed wide receiver Chris Godwin at No. 9 overall.