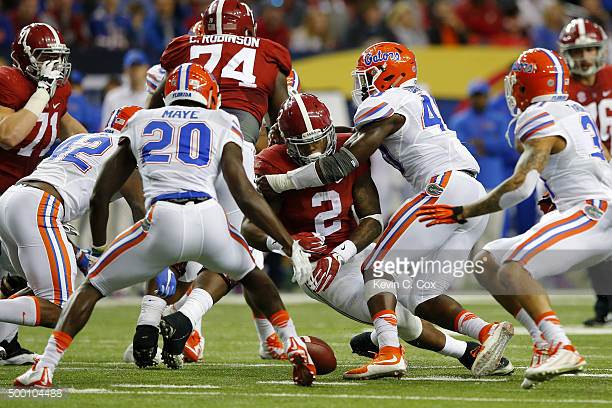 – Good size and built well
– Capable and reliable wrap up tackler when attacking with the right angle
– Embraces the run, sticks his face in the run, and does well to fill the alley in the box
– Fairly physical player who seeks contact and looks to finish with violence, does well to be the low man on the tackle
– Experience in the box, as the single high safety, and in the deep half, carried out FS and SS responsibilities
– Strong in zone coverage, fluid player with good turn
– Tested well, good athlete
– Solid starting experience

– Doesn’t excel in man coverage, didn’t plaster in scramble drills and can get beat by double-moves
– Angles need work in the run game, will over pursue and lose run fit, needs to play inside/out leverage
– May not have a standout, defining trait, well-rounded game but isn’t elite in any one area
– Did not have standout production
– Coming off season-ending injury though probably not a long-term concern

Marcus Maye is a good football player. Not great, not elite but far from terrible. And the dude can tackle, which is a nice change of pace from me watching all these cornerbacks lately who couldn’t tackle me.

Maye is a good alley defender who will come down to support the run. He’ll challenge anyone, having success against Derrick Henry in 2015. When he takes the right angle, he’s a strong wrap up tackler with the ability to finish with some flash.

And here, with great leverage and a strong finish against North Texas.

Like I wrote, he played all over Florida’s defense. I like him best as a SS in the box. He isn’t quite the physical player Keanu Neal was but will hold his own. After all, he’s forced more fumbles than interceptions in his Gator career.

I do have worries about him in coverage. He does well enough in zone but is going to struggle in man, which yes, creates a conflict about playing him as a SS, who generally will match up more than the FS. That’s sorta the dilemma.

Stick-nod gets him here against Arkansas for the TD.

While he’s a sure tackler, his angles against the run to get to the tackle are suspect. Too often seems to leave his gap and get stuck on the direction of the running back, losing his run fit. You see him recover and chip in on the tackle late but looks like he overran it and allowed the cutback instead of filling the C gap.

I’m probably a little less high on him than the buzz I heard/thought before I dove in but he’s a well-rounded prospect who can fit in a lot of systems because of his versatility. Still in contention to go higher than mocked. Round 2 guy.

Games Watched: at Alabama (2015), vs North Texas, at Vanderbilt, vs Alabama