– NFL size with the height/weight/length you look for (34 1/4 arms, 10 1/4 hands)
– Heavy hands who strikes with a violent punch
– Uses length well to create space in run and pass game
– Has vision and hand use to find the ball and work off blocks against the run
– Big lower half and shows functional strength, does great job to hold the POA in the run game
– Shows good first step when he manages to time the snap, able to one-gap and penetrate vs the run
– Runs hard to the ball and is an impactful tackler, like his effort, no loafs

– Tight-hipped and has trouble winning the edge with speed
– Can disappear as a pass rusher when unable to win with power, not much of a finesse guy
– Mistimes the snap far too often and is often late off the ball as a pass rusher
– Most experience came with hand down and going forward, didn’t drop much and looked uncomfortable when asked to do so
– Will overrun plays and lose his run fits

Think I’ve said it before but it’s worth repeating. In an EDGE class that’s as deep as ever, Basham’s name is easy to forget. He’s a different mold than some of the others. He goes through you, not around you, and in that way it’ll remind you a lot of LaMarr Woodley.

Basham has long arms, big hands, and a nasty demeanor. It adds up to a violent punch that can knock linemen off their base, like he does to the LG looping inside on this stunt.

He’s going to win by converting speed to power with that punch he has. As he does in this clip in 2015 against my beloved Idaho Vandals.

Basham is really impressive against the run and that’s a strong reason why I think he’s ready for an immediate impact. He’s not going to be a liability playing with good technique, using his length, and a quick first step when he times the snap. He can two and one gap and overall is a disruptive force.

That phrasing in that last paragraph is key. Despite a host of starting experience, he struggles to time the snap as a pass rusher and is late off the ball too often. Here’s a photo montage. 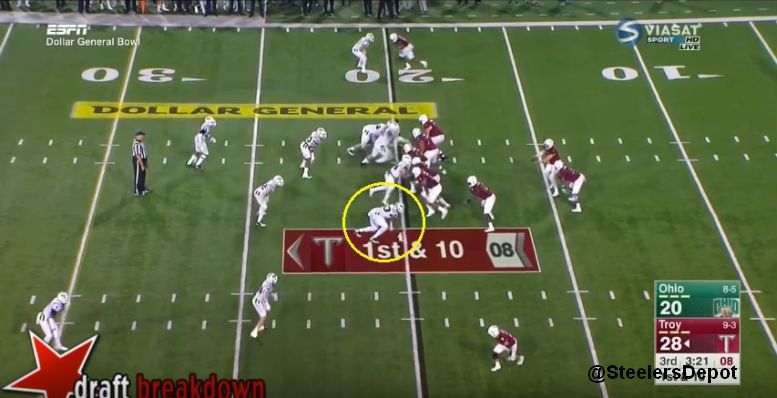 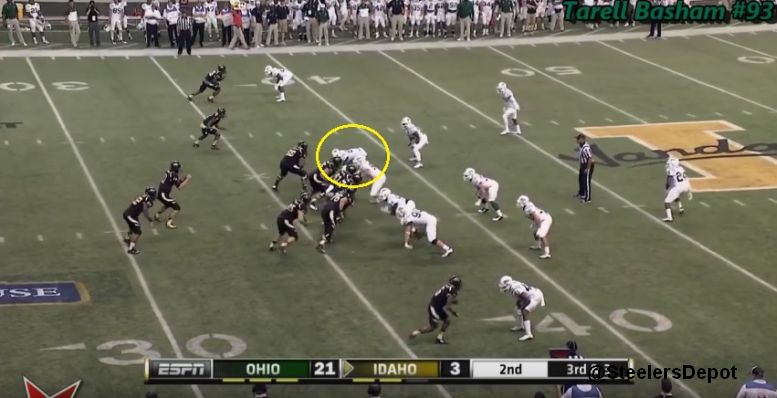 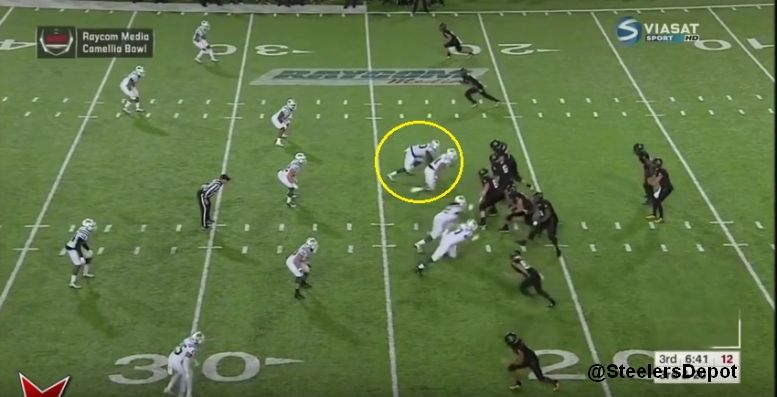 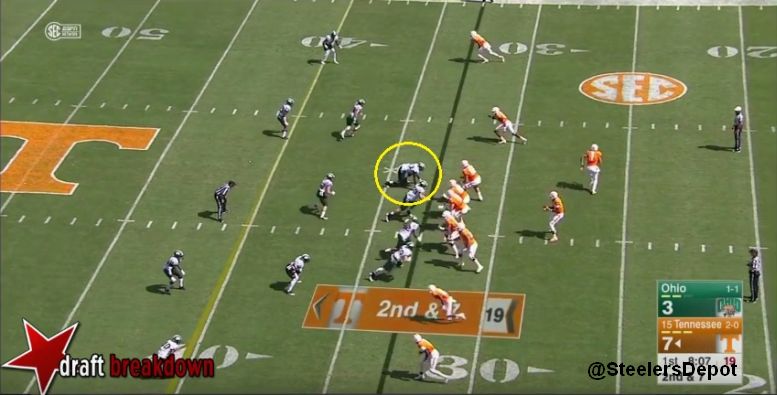 Part of that is making him an ineffective pass rusher and I guess in a way, is a reason for optimism. There are obvious ways he’ll get better. But even if he does, he’ll never be confused for a Von Miller type capable of bending the edge with the tackle never laying so much as a finger on him. He’s a big guy and like a lot of big guys, he shows stiffness in his hips/ankles.

Because of his style, I don’t think he’s ever going to have gaudy sack numbers. He definitely won’t be a sexy pass rusher. I think he caps out at around a 10 sack-max type player, a little under Woodley, who had the height advantage – he was about two inches shorter than Basham – and he was a little bendier, too. But Basham should be a solid player against the run, get a lot of pressure, even if they don’t always translates to sacks because he’s going through the tackle, not around. He’s a pocket mover and is going to force QBs to move their launch point a ton.

If you can get him in the third, you have yourself a steal.

Games Watched: at Idaho, vs Appalachian State, at Tennessee, vs Troy