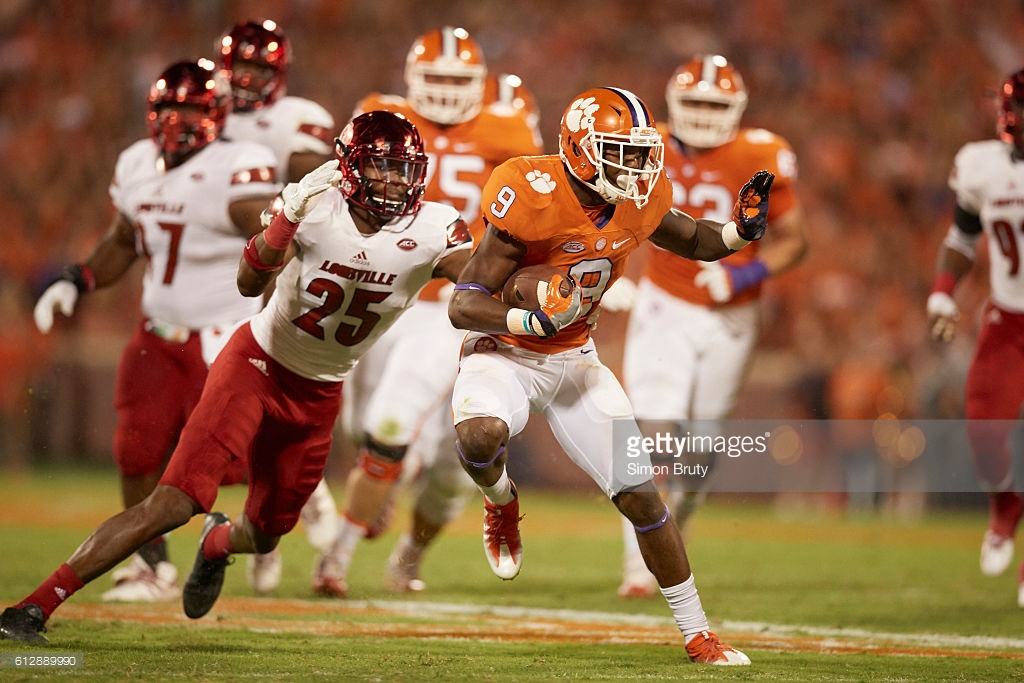 – Great size and elite length (35 3/8) and big hands (10 3/8)
– Good athlete and a long strider to make up for lack of elite straight line speed, easy mover
– Reliable open field tackler who displays good technique and focus on wrapping up
– Shows physicality and power when able to come downhill to fill the alley in run support
– Closes quickly and uses size/length to drag down runners where other, smaller players wouldn’t be able to do so
– Embraces the run around the line of scrimmage, works off blocks and takes on FBs on lead plays
– Experience playing as a dime linebacker, single high, and two high looks, mix of man and zone
– Zone turn is fluid and takes good angles to the ball in coverage, uses length to contest at catch points
– Flashes ability to locate and attack the ball downfield
– Bigger hitter in coverage than he is against the run, flashes a violent streak
– Asked to blitz and used all over the field, could have relatively easy transition to the NFL

– Not an elite athlete and long speed is only average, lack of it can cause him to get beat to the edge by fast backs
– Could stand to be more physical in the run game
– Has to work on technique in man coverage and stay in phase, has tools but needs refined
– Bit stiff because of his size and struggles to make small adjustments in angles at last second when RB changes direction
– Tweener and doesn’t have a true, every-down position in the NFL
– Statistically minor production, didn’t make a lot of splash plays in career

If you like Obi Melifonwu or Jabrill Peppers but are turned off by the price tag, Josh Harvey-Clemons is your dude. He’s the big, long type like Melifonwu and one of his bigger concerns, like Peppers, is a lack of playmaking in college.

He’s not a big hitter against the run unless he’s able to get full steam ahead downhill but he’s a reliable, wrap-up tackler. That was evident even against college football’s best backs like Dalvin Cook. Wraps him up quickly and soundly.

Harvey-Clemons played all over the Cardinals’ defense so you got a feel for his skillset in every aspect. He isn’t an elite athlete but he’s a fluid player whose long strides allow him to cover a lot of ground. In 2015, a year where he picked off three passes, he’s able to locate and pick off this pass deep down the middle.

And here he is in a Cover 2 shell, with a fluid turn to the sideline and finishing the play by playing the pocket and knocking this pass away. Not a tremendous athlete but shows good technique to make up for it.

He’s played deep half, deep middle, box SS, and a true box linebacker, that last role the one I’d want him to do in Pittsburgh. Here’s an example of that. 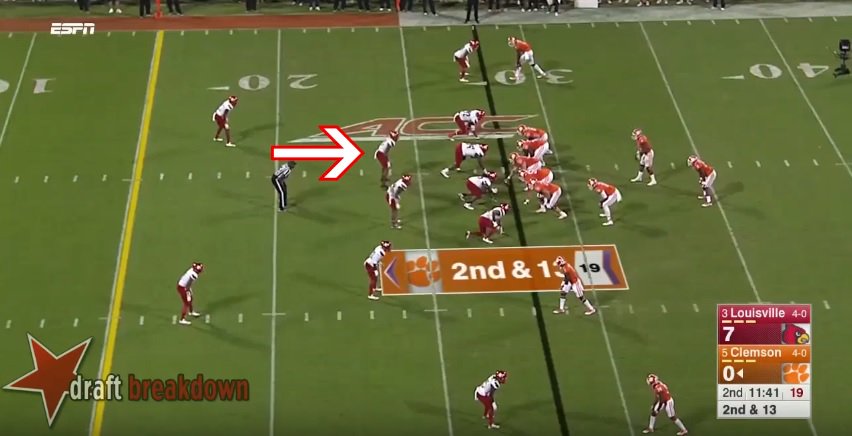 I think he has the tools to be someone to cover the seam but in the five games I watched, he did have some trouble. Can’t stay in-phase here and ends up being called for pass interference against Jordan Leggett, a type of player he’s going to match up against in the NFL.

He’s a perfect mid-round selection who like Melifonwu, I’d envision as a hybrid safety who will play in the box on third downs and obvious passing situations. And the price tag is obviously much easier to stomach than a guy like Melifonwu (Melifonwu is obviously the better player) so the team can still get their edge/corner in the early rounds.

We’ve profiled most of the obvious hybrid types already: Melifonwu, Harvey-Clemons, and Nate Gerry. I’d have Harvey-Clemons in second place ahead of Gerry. Guy I’m rooting for to see in Pittsburgh.

Games Watched: vs Auburn (2015), vs Syracuse, vs Florida State, at Marshall, at Clemson