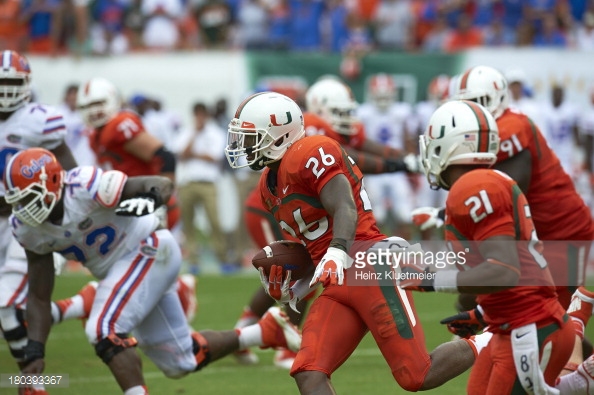 – Huge hitter, throws his whole body into every hit, intense and physical demeanor who looks to hurt you
– Tackling angle is good, doesn’t raise up too high when he leaves his feet, avoids the head/neck area
– Takes good angles to the ball coming downhill and closes quickly
– Comes to balance as a tackler, shoulders over toes, and makes him reliable, not just a big hitter
– Shows ability to play in man coverage over the Y and looked serviceable playing single high, not deficient playing in any one area/coverage
– Reads his keys, good football IQ and feel for where routes will break
– Tough guy who plays through injuries, admire his attitude
– Played in Butler/LeBeau like system with similar concepts, should ease transition
– Lots of starting experience

– Doesn’t always bring his arms as a tackler and needs to keep his head up, causes him to fall off backs who are his size or bigger
– Only average foot speed and can be late getting to spot in deep half of cover 2
– Best suited as box safety
– Slight medical history to check out
– Didn’t have statistically gaudy numbers

If you want the in-house comparison, a Ryan Clark or Mike Mitchell selection is a pretty good option. But out-of-house, I really dig the comp of Clayton Geathers, the mid-round selection of the Indianapolis Colts two years ago.

Jenkins sacrifices his body like Mitchell and he’ll wreck your day with one big hit. He’ll patrol the short to intermediate middle to make receivers second-guess if they really want to enter his airspace and he’ll come down aggressively against the run to make the tackle or put that final jolt into a running back.

And again, this time, in coverage.

But he has a strong football IQ and reads his keys well. Even in a tough spot like playaction on the goal line, he doesn’t overcommit and then has the feel to know where the route is breaking behind him, get to his spot, and pick the pass off. Super impressive. There isn’t time to slow down, look back, get to the receiver. That’s tape study and tendency. And makes me really like this kid.

Predictably, he’ll miss some tackles and fall off when he isn’t bringing his arms or doesn’t keep his head up. But overall, I like his form and he shows the ability to come to balance. Shoulders over chest, chest over toes. 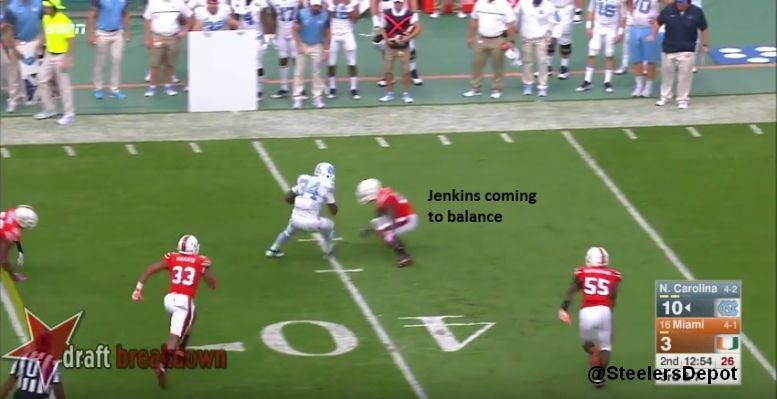 Watching safetys are always tough because they fall off screen in the TV tape but it looks like Jenkins screwed up here. Didn’t get to his spot in Cover 2 and allowed #1 down the sideline for a huge gain.

Though I don’t see a big need to nab a safety this year, especially with so many other positions to focus on, I really like Jenkins. I think he could match up on tight ends as a hybrid/box safety in a Patrick Chung-sense because he has size, physicality, and experience in man coverage. It’s harder to envision his future role because he’s definitely a strong safety, not free, and Sean Davis has that spot locked down, unless the team moves him (which is possible).

But it’s not like Jenkins is a first round pick. If all he ever is is that sub-package guy for Pittsburgh, I think he can definitely start as a SS if he goes somewhere with a more friendly path, that’s totally worth it from a mid-rounder. Again, very reminiscent to Geathers who was drafted with the 109th pick of the 2014 draft. And I think Jenkins follows suit.