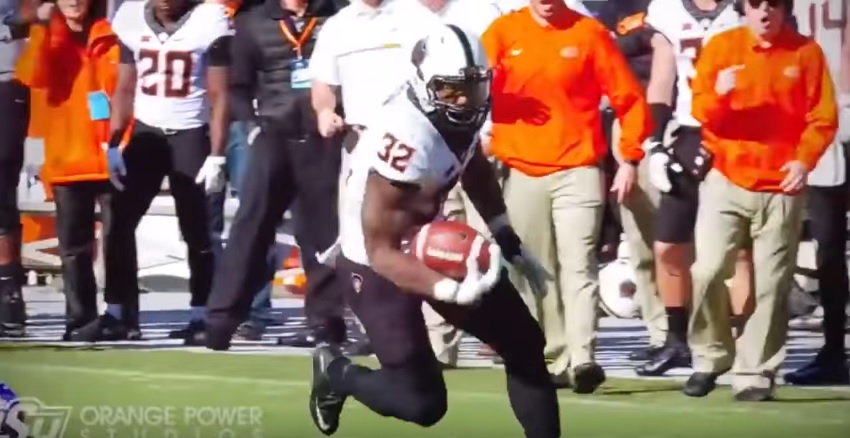 – Great frame and carries his weight well
– Powerful runner who runs with a low pad level and can run defenders over while maintain balance, highlight reel plays
– Downhill runner, build-up speed runner but shows above average burst that helps create his power
– Tough runner who falls forward on contact
– Bigger back but shows ability to get skinny through the hole
– Gets square in pass pro and aggressive/physical in his chips out of the backfield
– Testing indicates great explosion that will help on zone, one-cut schemes

– Long speed is average and will only outrun slow LBs
– Vision in space is poor and he’s an incredibly straight-line runner who looks to run over, not around
– Doesn’t have much wiggle and isn’t going to make anyone miss
– Has to gather steps on zone schemes when trying to bend runs back
– Easily tracked down when trying to bounce runs laterally, not fast enough to win the edge
– Soft inside shoulder in pass pro and needs to work on recognition
– Production was below average and never had to be the bellcow back, wasn’t productive in “lead” role in 2015
– Not a lot of receptions out of the backfield and drops too many passes, questionable hands

I’ve had problem with the bad level of taller backs in this year’s class, James Conner comes to mind, and while Chris Carson is more than an inch shorter, his pad level is really impressive. And in moments, allows him to truck stick linebackers with some serious impressive runs.

That asset of being a very downhill runner also creates one of his weaknesses. He doesn’t have much speed, no agility, and isn’t going to make anyone miss in the open field. He’s missed chances in the open field for more yards because of his determination to run through you, not around. This is the most egregious example. 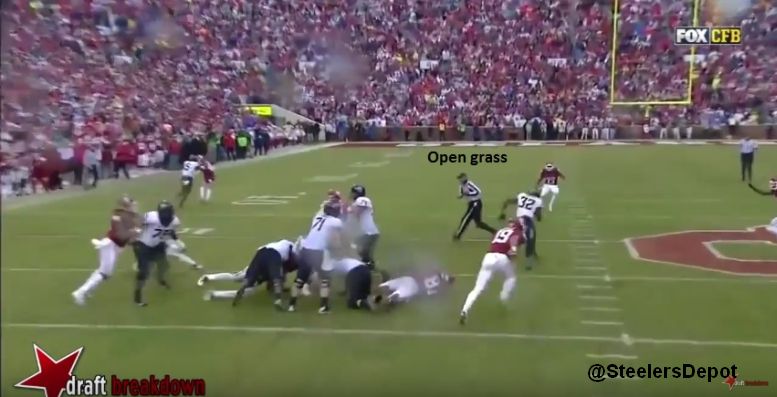 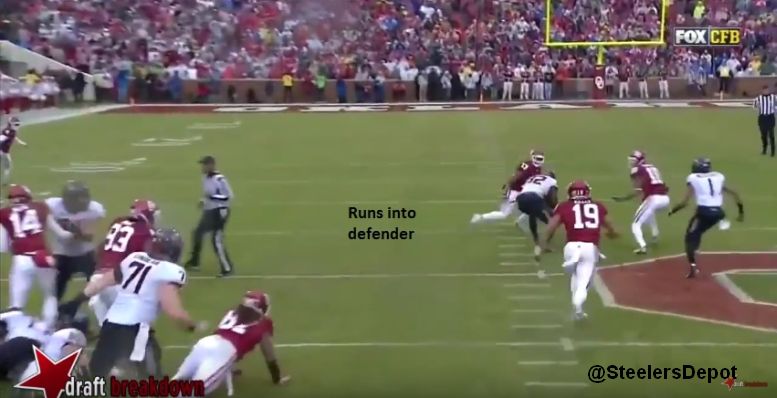 As the stats indicate, he was never a workhorse in college and when he was the lead guy in 2015, his numbers were poor. He turned things around as second in command in 2016, even though he officially stared nine games, but that doesn’t bode well for the argument he can be an every-down back at the next level.

He’s only had two 100 yard games in his two year career and only one of those came against a quality opponent, TCU, while the other came against UTEP. His hands aren’t great either and he didn’t catch many passes at school.

There are traits to like but it makes him very niche. A short-yardage, power back, maybe, but those guys don’t really exist these days. At best, he’s Shonn Greene. At worst, Daniel Thomas.