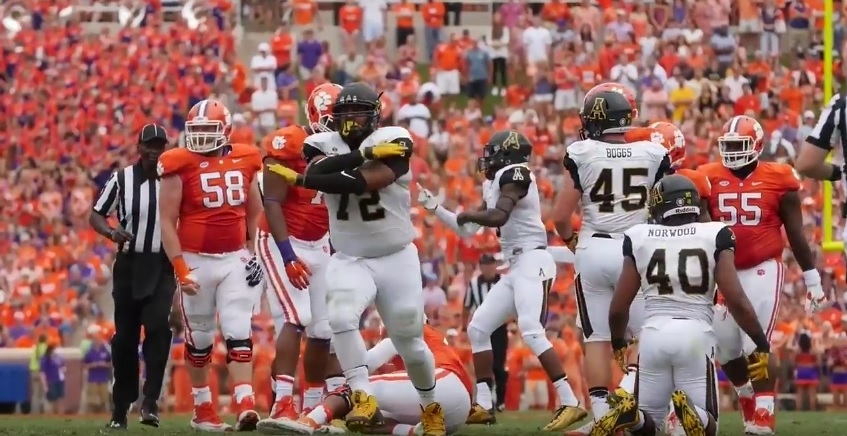 Slightly different approach to today’s breakdown. Tyson Fernandez has played guard and nose tackle and in each side of the report, the good and the bad, we’ll talk about the traits for each position.

– Squatty size and looks like a nose tackle
– Experience in a 3-4, two-gapping system, took on a ton of double-teams
– Better first step than expected
– Plays with good leverage and hand placement who can drive smaller centers in the backfield
– Keeps vision on the football, good hand use to defeat blocks, enveloping tackler who doesn’t miss
– High energy player who teammates seem to feed off of, regarded as a high character, selfless person/teammate
– Shows effort and chase to the ball away from him and past the LOS

– Unrefined and will require a lot of coaching
– Hand placement and leverage need much work, hands outside the shoulder pads and struggles to initiate contact and be the low man, despite below average height
– Struggles against quick, penetrating DTs who can get into his pads and overpower him, knocking him into the backfield
– Doesn’t gain ground on initial step on contact at the second level, false steps and easily falls off those blocks as a result
– Not particularly explosive out of his stance and has trouble with reach blocks

– Played NT by committee with two other players, rotated off the field and almost always got to play fresh
– Offers little as a pass rusher, no repertoire except for bull, saw one rip attempt very late on an extended play
– Doesn’t do well when the ball moves laterally, limited foot speed
– Minor injury background that needs checked out

– Three year starter/part-time starter
– Career: 64 tackles, 6.5 TFL, 3 sacks
– 2015: 25 tackles, 4 TFL, 1.5 sacks
– Moved to offensive line early in 2016 due to injuries, bounced between guard and nose tackle throughout the year, finished senior year with only 8 tackles, also played on punt coverage unit as a shield player
– Broke his foot his freshmen year and suffered season-ending arm injury as a redshirt sophomore
– Came to school as an offensive linemen, moved to nose tackle in redshirt freshmen season, again due to injuries
– Played OL/DL in high school, offensive line MVP as junior/senior
– Didn’t start playing football until sophomore year of high school, was standout baseball player
– Was as heavy as 354 in college, got weight into 325-330 range

I know Fernandez isn’t a name most of you aren’t familiar with, and as a late round selection, may not even care about, but I like to talk about some guys that won’t he well-known but in a camp somewhere. And that somewhere may turn out to be Pittsburgh.

He also has an unconventional college journey and his personality is one that’s easy to root for. As you can tell by the bio, he’s been shuffled back and forth between guard and nose tackle, making 2016 a tough year for him to settle into any one spot and really flourish.

Full disclosure – I would play him and want him in Pittsburgh as a nose tackle, not a guard. He moved to guard more out of necessity and the bulk of his work in college came on defense. That’s where we’ll point our focus on the good in his game.

Fernandez is an experienced 3-4, two-gapping nose tackle, now the “old school” Pittsburgh type. He’s country strong, holds the point of attack well, with the vision and hand use to get off blocks and engulf running backs. Hes #72 in these clips, the nose tackle on defense, left guard on offense.

It’s no surprise his leverage and hand placement is better on defense than it is on offense, showing a strong punch and leverage to walk linemen backwards.

He wound up rotating in at left guard against Tennessee, so a top level opponent to look at, and while he was able to throw his weight around, he was clearly out of his element. #95 for the Vols ate his lunch, showing superior hand placement and first step to bully Fernandez around.

And here’s a photo of it, the 3 tech using a long-arm tech to gain leverage and push him back. 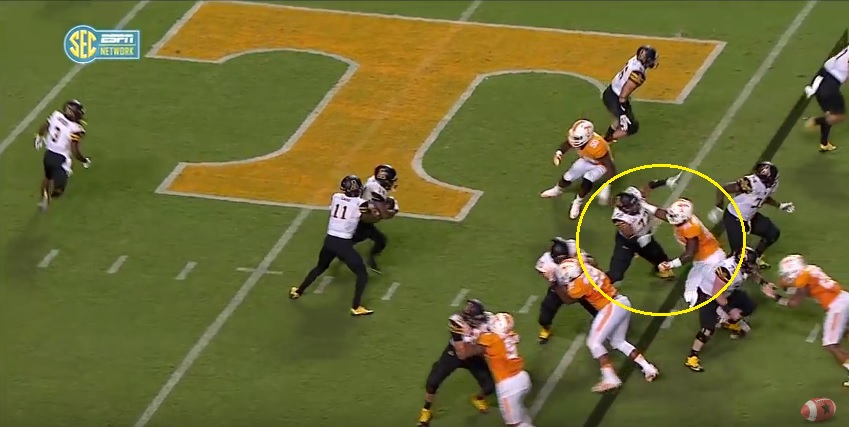 Character and work ethic concerns shouldn’t be a problem for him. Reading some of his interviews, that’s how I found his name at first, he gives terrific, selfless answers and shows the right mindset. A strong upbringing, here’s him talking about his mom with NFL Draft Diamonds.

“My role model would have to be my mother. She is the definition of the “American Dream”. She emigrated from the Dominican Republic at the age of 20 had me at 22 and sold clothes on the street just to feed me. She learned English and worked her way up until she started her own business. She is currently the CEO of her own travel agency sending tour groups for churches to Israel.”

In the same interview, what he plans to do with his first NFL check.

“First big item will be to pay off my parents’ debt. I would love for them to be worry free of any major financial obligations and to be able travel around the world. They’ve sacrificed so much for my brothers and I. That’s the least I can do for them.”

This is another nice feature story on him you should check out if you’ve taken an extended lunch break.

He’s going to be a late round pick and there’s a good chance he won’t be drafted, winding up as a priority free agent. There aren’t a lot of 3-4 nose tackles with the experience he has and that gives him a leg up. He shows the baseline traits to succeed at his position and overall in the NFL: the size, strength, technique, effort, and character to stick longer than probably anyone expects him to. Count me as someone who believes he will, sorta similar to Denver’s Kyle Peko a year ago.

A team like Seattle could be in play too. They love converting defensive linemen and Fernandez has already partially done the legwork for them.