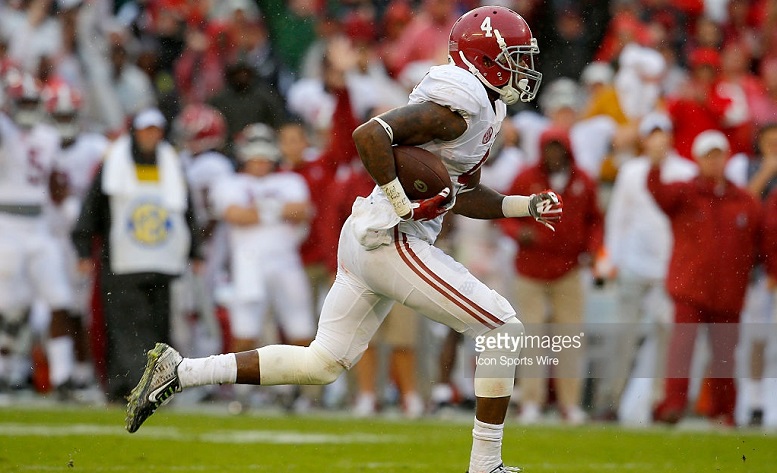 Not much has worked in Alabama safety Eddie Jackson’s favor this draft season. In a time where prospects are given a gamble of opportunities to improve their draft stock, Jackson has been forced to watch from the sideline. Jackson suffered a broken leg last season and has been unable to put his talent or athleticism on display for teams this spring, as a result the Alabama safety has not seen his name mentioned much among the top safeties in this year’s class.

If the Alabama defense was a clique, Jackson would be the quiet one of the bunch while his teammates would figure in as the attention grabbers. Because of this, the narrative of Jackson’s talents being elevated due to the talent around him forms. But the truth is, once you get to the opportunity to know Jackson you realize that, yes maybe he is not as gifted as those around him but he still has his own qualities that make capable of standing alongside his talented teammates.

What Jackson does best is police the field in front of him and insert himself when he deems necessary. Watching the quarterback’s eyes, Jackson uses his football IQ to cut in front of many crossing routes over the middle of the field. Like the interception above, Jackson can penalize opposing quarterbacks for the tiniest error, whether it be failing to move past progressions or inaccuracy.

On the play above, Jackson recognizes the formation and that Clemson receiver Ray-Ray McCloud (#34) will be running a wheel route. Jackson plays over the top coverage perfectly and makes quarterback Deshaun Watson pay nearly for not progressing through his reads.

As for Jackson’s abilities in run defense, the Alabama safety offers a mixed bag of results. Jackson is a more natural cover safety than true in the box safety, as he suffers lapses in tackling technique from time to time. Prone to shifty change of direction and playing too upright, Jackson’s arm tackles lead to the occasional whiff when confronting a moving target.

Taking a handoff out of the backfield, Clemson receiver Artavis Scott fools Jackson quite easily on the play above. Jackson over pursues to the outside and his arm grasp attempt is no match for Scott’s elusiveness.

But for every dark night follows a brighter morning, the same being true for Jackson’s run defense. While the Alabama safety is prone to a handful of fundamental shortcomings, Jackson does execute a few techniques rather well.

Jackson possesses the quickness to come crashing down from deep territory to either force running backs back into traffic or lay into a hesitant back behind the line of scrimmage. The latter is seen above as Jackson is sprung into the backfield and wraps up the Western Kentucky running back for a loss of one. Jackson may not be the most physical safety in this year’s class but with some polish to his technique, he could be more than serviceable in run defense.

Helping Jackson’s bid is his ability to contribute on special teams. Jackson is an electric punt returner, returning two punts for scores last season. With the most interception return yardage (303) in Alabama history, Jackson is always a threat to score with the ball in his hand whether it be off an interception or a punt.

The victim of an unfortunate series of events, Jackson has not had much of a chance to generate buzz this draft season. In what may work in Jackson’s favor, teams are only able to form a decision on Jackson based on his college game tapes. What these interested NFL executives will find is a cornerback turned safety who can excel in multiple fronts. Though Jackson occasionally gets himself in trouble by being too overaggressive, he wins more battles than he loses. With a foundation for the safety position set, Jackson is just a few corrections away from developing into a starting safety at the next level.

Games Watched: vs Clemson, vs Texas A&M, vs Western Kentucky, vs USC, vs Tennessee, vs LSU