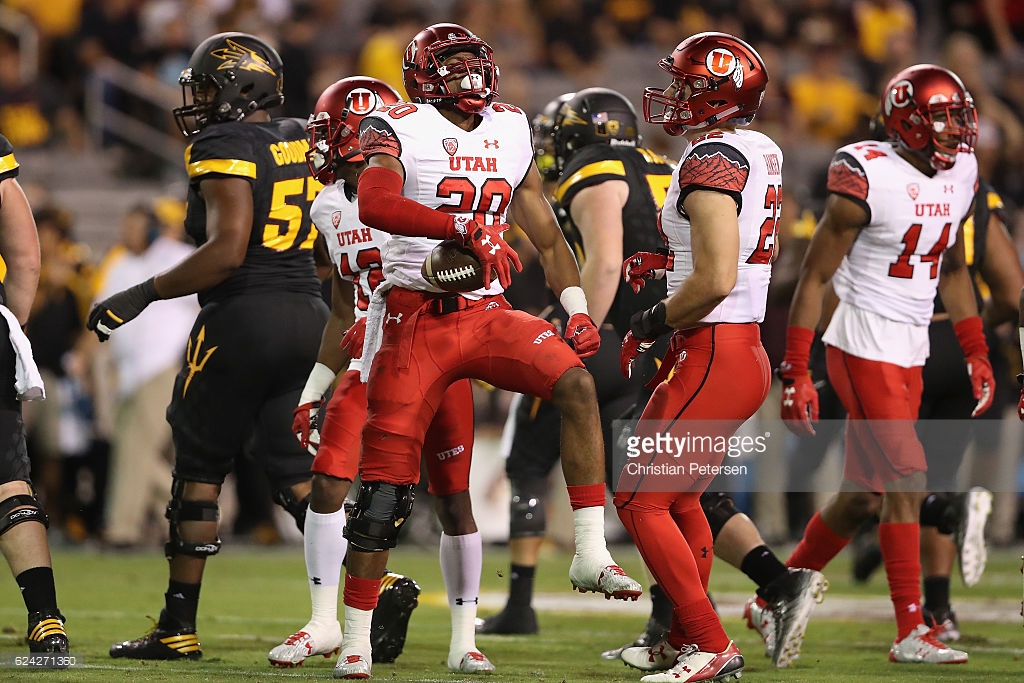 – NFL frame, not elite but isn’t undersized either as a true free safety
– Good athlete overall, easy mover, fluid hips and doesn’t show stiffness in his turn
– Takes good angles to the football in coverage with the ball in the air
– Willing tackler, embraces the run, and a competent, drag down tackler who isn’t very pretty but doesn’t miss very often
– Good football IQ and ability to read the QBs eyes and has hands to finish the play with an INT, good hand-eye coordination
– Appeared to be used in more advanced NFL coverages, asked to pattern match and man #1 in cone coverage
– Impressive leaper who plays like he tests, does well to play the man and not the ball to disrupt throws and contest

– Not an elite athlete, long speed appears just average
– Has trouble with his angles downhill, too sharp and has trouble adjusting to the runner’s path  and lacks that closing speed to be able to make up for it
– Isn’t a super physical player, mostly due to his average frame and much more of a drag-down tackler, especially in the open field, prone to getting run over
– Would like to see him fill the alley a little harder and more aggressively in the run game
– Trouble being able to find the ball in the air and are moments where he could play the ball but plays the man, making him vulnerable to pass interference calls

I know many of you wanted to see a Marcus Williams’ profile…so here it is. Describing him is like describing vanilla ice cream, 60 degree weather, or a rerun of American Dad. It’s fine. Not great, not terrible.

He’s definitely a true free safety, far from an in-the-box type. That’s what he played with the Utes, the single high, free safety. He has good ball skills as the ten interceptions over his last two seasons would indicate. This was the best one I saw, taking a great angle to the football and making this over-the-shoulder catch.

He had one of the Combine’s best verticals, leaping 43.5 inches, and that matches up on tape. Watch him high point this football on the goal line to knock the throw down.

As a tackler, there’s effort, and he isn’t someone who shies away from the challenge. But he isn’t physical like Josh Jones and he’ll have to drag down a lot of players in the open field or coming downhill. When I say he gets run over, it isn’t William Gay trucked by Adrian Peterson but bigger guys are able to run through him with Williams having to hang on to finish the play. This a good example of what I mean.

Williams’ angles in coverage look good b coming downhill to tackle the catch or play the run, he runs into problems. Especially when he’s asked to adjust.

Generally, the Steelers seem more interested in bigger, more physical, strong safety types, though we still have more than half the pre-draft visitors to come in and they did talk to Williams at the Combine. And if they did go with a pure free safety, a stark contrast to Mike Mitchell, Williams would be an interesting Round 2 candidate.

Games Watched: vs BYU (2015), at California, at Arizona State, vs Indiana