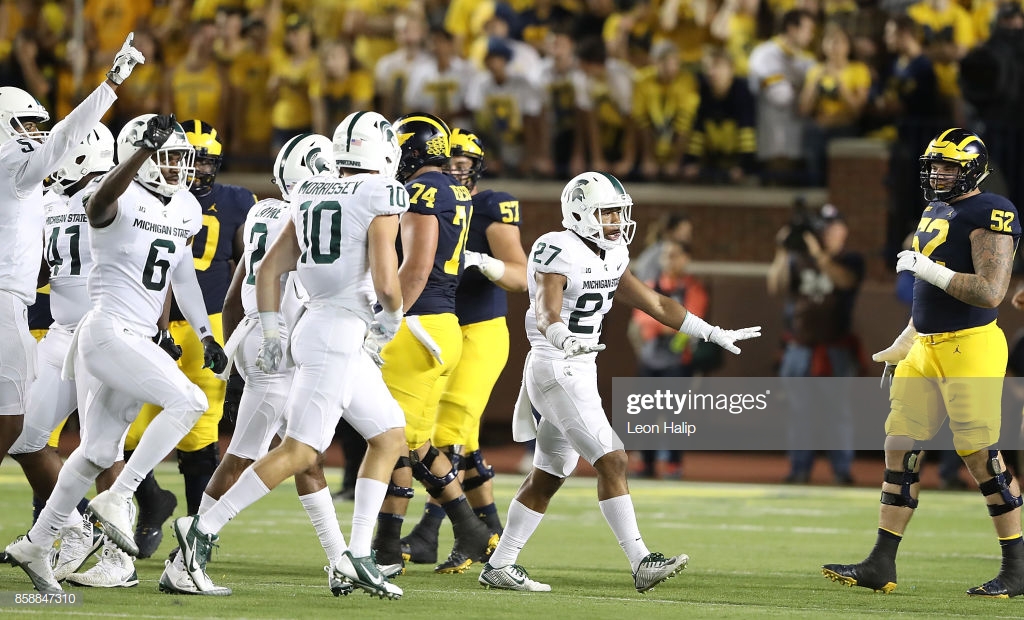 – Well-built frame and good bulk
– Physical, intense player who plays with a “hair on fire” attitude
– Always looking to throw his body around, finish tackles, clean up piles, never a spectator in a tackle or scrum
– Elite level chase and pursuit of the football sideline to sideline
– Hard hitter who finishes plays when he’s able to wrap up
– Explosive laterally and downhill, excellent closing speed and takes good angles to the football
– Versatile and lined up all over the defense, experience in the box, over slot, single high, and used on a couple blitz concepts
– Recovers well when beat and works hard to get back in-phase in coverage
– Shows ability to compete and finish at the catch point
– Good starting experience and production
– Regarded as high character, leader, and active in his community

– Smaller than listed (6’1)
– Questionable long speed that will limit scheme fit and only an average athlete (4.52 40, 34.5 vert, 9’10” broad at Combine)
– Struggles when asked to cover the slot (unless it’s trail technique), gives up space to shiftier and more agile receivers
– Shows hip stiffness when asked to flip and change directions
– Will play too out of control and be unable to break down to make the tackle, runs himself out of some tackles
– Works best near the line of scrimmage, won’t be as versatile in the NFL as he was in college
– Made moderate amount of splash but not a ballhawk or big play machine

Khari Willis is the Steelers’ type of dude. That “woah” type player you’ll never have to demand to be more aggressive. Maybe just a little less. But he’s as intense, physical, and active a player as you’re going to find in this year’s class. Let’s check him out.

Willis’ best trait is his pursuit and closing speed. The sideline to sideline range, able to track players down in space. See it all over his tape. Starts as the safety at the top of the screen.

Impactful hitter who finishes plays and is always throwing his body into scrums and gang tackles. That’s a mentality this Steelers’ defense sure needs. Watch him fly in here and force this fumble.

He functions well in underneath zone coverage but he has some definite stiffness in his hips. Total mismatch against Parris Campbell in the slot here at the bottom, beat by his inside stem and then burned as Campbell runs his seven route.

And here, playing safety at the top, stumbling as he flips as the receiver breaks to the post.

Not a great athlete but far from a terrible one. Superstar in high school, playing running back and a stellar point guard. Here’s a highlight reel of him on the court.

Seemingly great character too. Awesome feature video by the school that covers his backstory well.

Willis is very clearly a box/dime guy at the next level. The stiffness has me a little worried in man to man situations but he’ll be on tight ends and backs more than slot receivers so I think he can function well enough in coverage. Sorta like what Shamarko Thomas was supposed to be.

Games Watched: at Michigan (2017), vs Ohio State, at Nebraska, vs Oregon