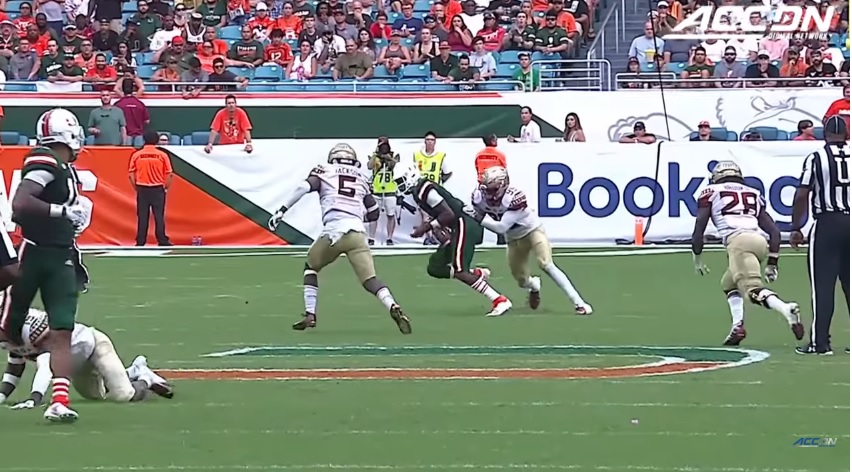 – Incredible, first round level type of get off and explosion, stresses tackles to get width immediately and that alone can cause them to lose their base
– Dominate when he puts it altogether, capable of being an impact player in run and pass
– Tries to win in several ways as a pass rusher, speed rush to outside and inside spin as counter are two of his favorite moves
– High energy, active hand use and tries to stay disengaged as a rusher
– Competent run defender who uses length to set the edge
– Able to shed tight ends and lesser tackles in the run game
– Fluid player, top notch athlete
– Some experience dropping into coverage but has the traits to do it, looks natural when asked to do so
– Strong effort player who covers a lot of ground and chases after the football downfield
– Closes quickly to the ball and big hitter, forced a lot of fumbles
– Smart player who looks to bat down passes (seven the last two years)
– Experience at both end spots (primarily played as field side DE)

– Lanky body, needs to fill into frame, has benefit of being young (turns 21 in April), but definite room to grow
– Inconsistent player, runs hot and cold, and disappears from games far too often
– Doesn’t have the upper body strength he needs, fails to create any push on his bull rush
– Too often turned up the arc, doesn’t have power to bend through contact and too easily steered upfied
– Tackles able to sit on his speed rush and limit his impact
– Needs to have a better plan as a pass rush, lot of wasted energy
– Could be more impactful against the run, set the edge well, but rarely made significant plays
– Adequate career production but not elite

Burns is the type of dude you’ll come away with two different opinions of, depending what game you watch. Put on the Clemson tape, you’ll see a pretty strong performance, highlighted by an excellent second and third quarters. But watch him against Florida and you’ll see a guy who doesn’t even look draftable.

This report should be wrapped around the fact the guy is only 20, only a couple months younger than JuJu Smith-Schuster was coming out. You draft with the projection of where guys could get too, not just where they’re at in the moment. But with Burns, there is a projection there.

For the good, he has an incredible, arguably elite get off. Flies off the ball time and time again, road or home games. Puts plenty of stress on tackles to fire out of their stance and reach the junction point (where the tackles’ set meets the QB’s drop).

You can tell his mind is working and he’s trying to read sets when given a two way go and he’s developed some counters. Really nice spin move here against Virginia Tech, finishing the play for a sack.

Like I said though, that Florida tape is ugly. Struggled against both tackles, including Jawaan Taylor (right tackle #65), a surefire first round pick in this year’s draft. Just nothing going on here with his long arm to swipe. Looked bad this game.

And he can be run up the arc too often. Don’t see him as a natural bender. 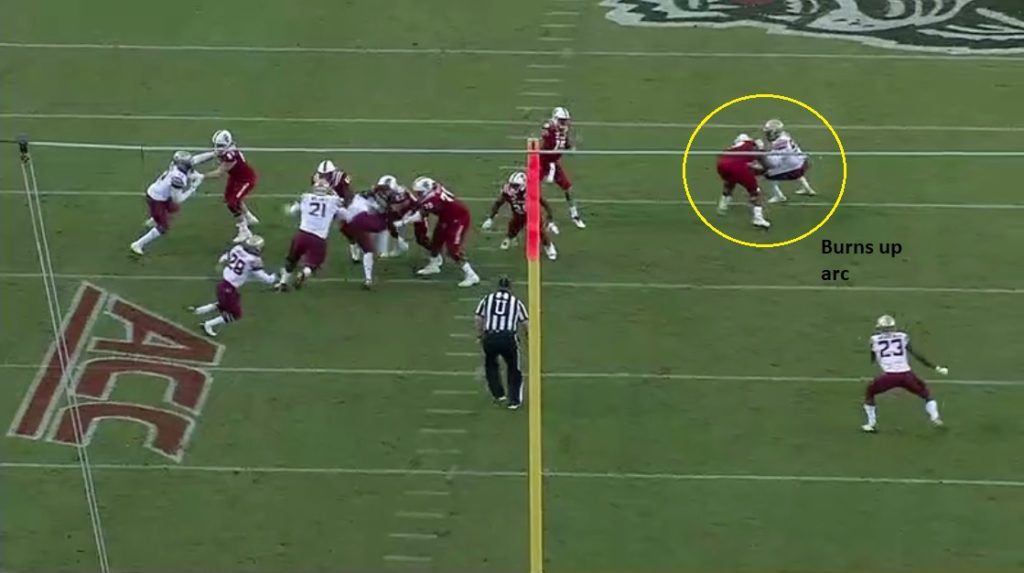 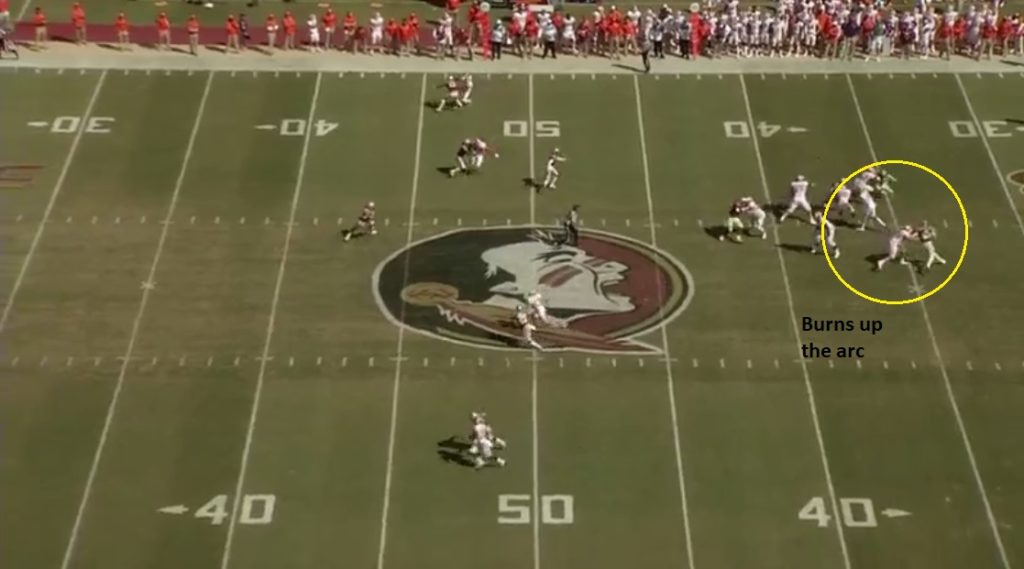 For him to win in the NFL, playing in a wide alignment, I know the Wide 9 isn’t much of a thing anymore, is best for him, where he can win with speed and the impressive burst he has. I honestly wouldn’t rule out playing off ball LB as a WILL linebacker in a 4-3 scheme where he can run and hit.

Could he become a good player one day? Maybe. But if I’m Pittsburgh, not interested enough in taking that chance.

Games Watched: vs Virginia Tech, vs Clemson, at NC State, vs Florida