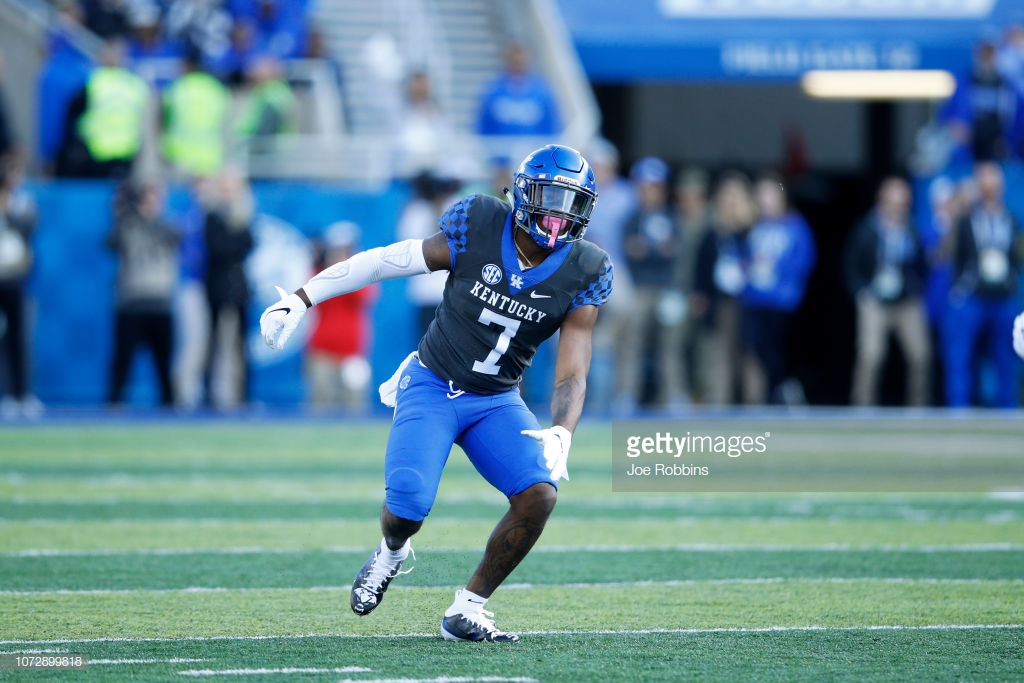 – Physical player, more than willing tackler, willing to sacrifice his body to make a play
– Versatile, played all over the Wildcats’ defense
– Closes quickly to the football in run and pass
– Fills the alley with authority and strong run defender overall
– Shows plus ball skills and able to find the ball in man coverage and make plays on it
– Takes good angles in the pass game, creates some range as centerfielder and makes up for lack of elite athleticism
– Excellent starting experience and good production
– Seemingly good character and viewed as team leader

– Average to below average size and frame
– Not a top level athlete
– Bit tight-hipped and can struggle flipping out of his pedal to defend vertical routes in man coverage
– Questionable scheme fit and a bit limited, will work best the closer he is to the line of scrimmage
– Might not have great hands, dropped some interceptions
– Must come to balance more consistently as a tackler, will miss a couple because he’s too out of control and fails to break down
– Gambler overall and can overrun plays or take poor angles in run game, minor issue but it’s there, and can be fooled by playfakes near the goal line

For me, Edwards was one of those guys who I didn’t plan on watching, not now anyway, but jumped off tape when I checked out teammate Josh Allen, his teammate at Kentucky. Kept seeing this #7 flash on my screen and I had to look up who he is. Was even happier when I realized he was attending the Senior Bowl.

Edwards is a throwback to a different time. A no-nonsense box safety who will run and hit. Dude is as physical and willing to blow up the run as any DB you’ll see in this year’s class. Couple examples.

But the guy can make plays in coverage. Ideally, better in zone than man, but with the ball in the air, he’s capable of making plays. And ten interceptions for him is a pretty strong number for a guy who didn’t roam free safety most of the time.

Like that he lined up everywhere. With his starting experience, there’s no position he could be asked to play in the NFL that would be too over his head from a mental/assignment standpoint. Edwards was all over the place. In the box, over slot, blitzing off the edge, occasionally playing deep safety. I definitely like that.

The downsides? He’s not a great athlete. Will test ok, probably run a 4.50-4.55 and his vert might be nice (track background is always a plus for testing, guys who “get” how to maximize their time) but he’s not tremendous straight line. And though he’s a missile flying in against the run, he can get overzealous and struggle to break down and wrap up, flying around with arm and ankle tackles, though his upper body strength is impressive and in college at least, he largely got away with it.

I do like Edwards. He’s a good prospect and he’ll stick on a roster, no doubt in my mind about it. At worst, you’re getting a Nat Berhe, quality special teamer type of guy, and I mean that in a good way. I know the Berhe comparison for Steelers fans is a little raw right now. But I think his ceiling on defense is higher. Still, he’s going to be a pure box safety and that limits his upside. A solid Day Three candidate but I wouldn’t touch him before the 4th round.

Games Watched: vs Ole Miss (2017), at Florida, vs Georgia, at Tennessee