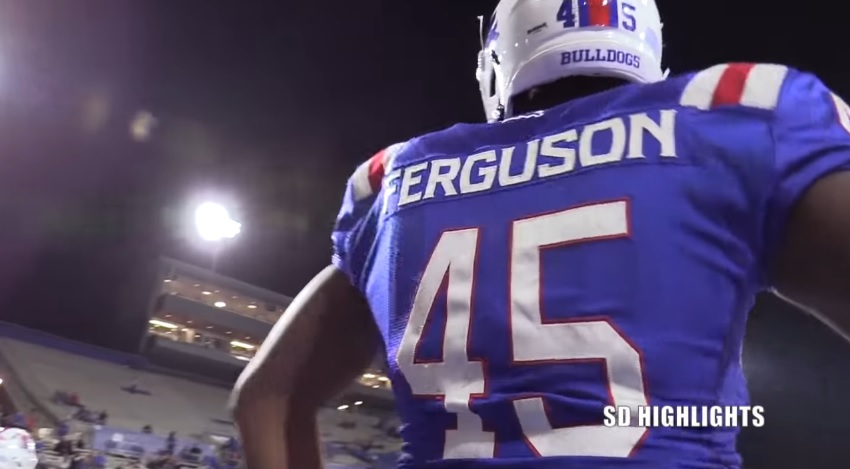 -Really struggles to disengage against the run
-Slow to read and process keys
-Gets pushed around as a run defender, and doesn’t seem to possess strength to anchor
-Very little bend or flexibility, appears stiff on film
-Doesn’t have much speed to his game and labors to change directions
-Not much of a pass rush plan to his game, doesn’t have much in terms of counters

-Broke the all-time NCAA record for career sacks with 45.0 over the course of his Bulldog career, passing Terrell Suggs’ previous record of 44.0 with 2.5 sacks recorded in his final collegiate game in LA Tech’s win over Hawaii in the 2018 SoFi Hawaii Bowl
-Named C-USA Defensive Player of the Year after recording 17.5 sacks in 2018
-Finished four-year career at Louisiana Tech with 187 tackles, 67.5 tackles for loss, 45.0 sacks, 6 passes defensed, 3 forced fumbles, and 7 fumble recoveries
-Played in 50 career games at Louisiana Tech, starting 43 of them
-Will turn 25 years old as a rookie

As the all-time sacks leader in college football history, I was expecting tape of Louisiana Tech’s Jaylon Ferguson to be incredible. To say I came away less than impressed is an understatement.

Despite recording 45.0 sacks in 50 career games over a four-year span with the Bulldogs, Ferguson’s tape leaves me feeling that he’s a JAG (just a guy) at the next level who had a ton of success against lower competition.

That being said, he was phenomenal against LSU in 2018, rag dolling the Tigers’ right tackle for much of the night. There’s certainly traits to work with when it comes to Ferguson, such as his length, hand usage, and get-off, but he’s leaves much to be desired on the field.

One thing I really liked about Ferguson’s tape was his ability to consistently convert speed to power, especially with his size.

Here against Western Kentucky in 2016, watch him put the left tackle on sacks, pushing him right back into the lap of the quarterback. You can see right away at the snap that he stuns the tackle with his punch and then quickly engages in the bull rush. I’d like to see him shed the blocker here and try to make a play on the quarterback himself, but this was still a terrific rep from the big pass rusher.

This game against LSU might get Ferguson drafted early on merit, since he made the LSU right tackle look like a D-II player for much of the night.

Look at the club and rip underneath, keeping his inside shoulder small as a target area for the tackle to punch. Once he has a step on the edge, it’s over. I am a big fan of how strong Ferguson is once he gets his hands on you. Look at him rip Joe Burrow backwards and force the fumble. That’s man strength right there.

When Ferguson played high-level competition, he always showed up, especially as a pass rusher.

Ferguson does a nice job here for forcing the Mississippi State tackle to overset up the field here, leaving a counter lane inside. I like the club and wipe here from Ferguson to keep the tackle’s hands off him, allowing him a quick transition inside for the sack.

Nick Fitzgerald was a tough quarterback to sack during his career because of how strong he is, but Ferguson had no problem wrangling him to the ground here.

Despite all the success at the college level as a pass rusher, I don’t think Ferguson can be an every down defender, largely due to his inability to consistently play the run. He struggles to disengage blocks against the run, and really doesn’t have a feel for playing the run.

While he has a huge reach, Ferguson was slow to punch when playing the run, allowing linemen to swallow him up on the edge. Although he was good with his hands when rushing the passer, it’s almost as if he forgot everything when defending the run and had no power in his big mits.

Ferguson will have to play with his hand in the dirt in a 4-3 front as a defensive end. He’s very stiff when standing up and really struggles to defend anything in space. I don’t think he’ll be a game-changer at all at the next level. I see more of a rotational defensive end that sees a majority of his snaps come in obvious passing situations.

I wouldn’t spend a draft pick on a guy like that until early on Day 3, but I do think a team will take a chance at some point on Day 2 due to his production and build.