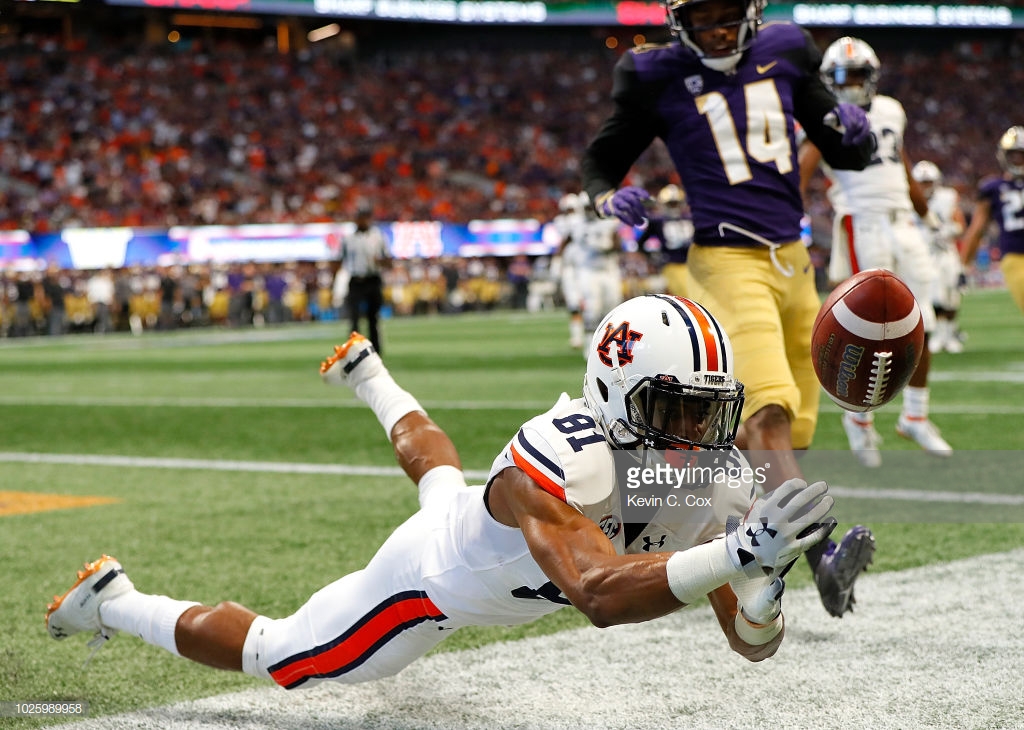 – Blazing speed, potentially one of the best vertical threats at receiver in this year’s draft
– Capable of stacking cornerbacks and winning deep, long strider who covers a lot of ground
– Good size and frame, has length and creates large catch radius
– Flashes good hands, plucks the ball away from his body
– Tracks and finds the football well, even far downfield
– Burst and acceleration after the catch, gets up to speed immediately and a YAC threat
– Willing blocker, shows effort
– Capable of being a dynamic, big-play receiver
– Quality starting experience

– Feels like a one-trick pony, vertical and deep threat who isn’t offering much anywhere else
– Trouble finishing plays and catching the ball in traffic/contested, leaves too many plays out on the field
– Shows false step releasing off the line, some technique that needs cleaned up
– Inconsistent player, disappears from games too often, tape runs hot and cold
– Lacked production in college, used as mainly a vertical threat and hurt volume of his numbers

If you’re looking for a dude to run past everyone on your NFL roster, it’s Slayton. It’s possible he turns in one of the best, I’d say top five, at worst, 40 times of any receiver at Indy. He’s a burner and showed that time and time again. Averaging nearly 20 yards per catch helps indicate that, too.

Against Purdue, he caught three passes. All three found the end zone, showing his speed vertically and after the catch.

Watch him stack the corner here for the score.

But he has problems finishing plays, too, making contested plays where he hasn’t won cleanly or where the throw isn’t perfect. Lot of missed chances out there for him.

I was hoping Slayton could be an “X” receiver, something the Steelers need if Antonio Brown isn’t part of the roster by the draft, but Slayton is a definite Z type. Mix between lesser version of Mike Wallace and Martavis Bryant from an on-field perspective. Has talent but also has a pretty clear ceiling and not someone I’m interested in the Steelers drafting.

Games Watched: vs Arkansas, vs Texas A&M,at Alabama, vs Purdue