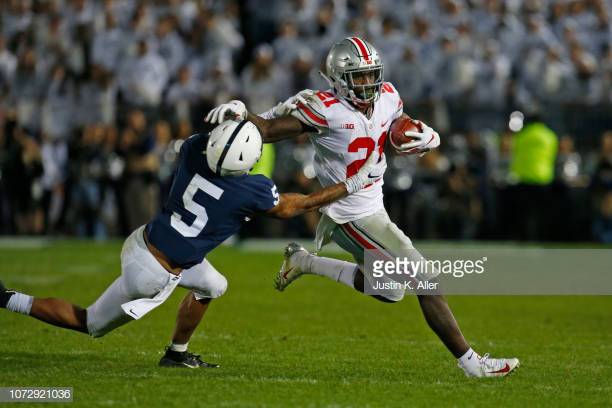 – NFL looking frame, fits mold of new age big slot receivers who create mismatches on nickel corners
– Shows long speed and threat in the open field
– Combination of size and strength lets him break tackles, able to pick up YAC and not an easy player to bring down
– Technical and detailed route runner who doesn’t get lazy, won’t round things off, even when he can based on the coverage he’s getting
– Hands catcher who grabs the ball away from his frame
– Quick to the tuck, secures the ball right after the catch and accelerates in a hurry
– Shows IQ against zone coverage and knows how to find the soft spot
– Willing blocker whose size helps
– Highly productive senior season and tons of starting experience
– Kick return value/experience

– Limited to slot work in college, potentially limiting NFL upside
– Often saw a free release in school, had plenty of grass to work with and didn’t have to create a ton of separation on his own
– Routinely allowed an inside release, will have to learn to counter against variety of shades and coverages
– Has to do better job shaking press coverage
– Inconsistent in traffic, willing to go over the middle but must secure the ball more consistently
– Part of heavy rotation, wasn’t out there for a large percentage of snaps and allowed to play with fresh legs most of the time
– Only one year of significant production

I think I’m going to write more in-depth about it early this upcoming week but we’re seeing a change in NFL slot receivers. No longer must they be the tiniest dude in the room, the more quick than fast type. Offenses are countering by going big at the position, overwhelming small slot corners who could match up against the Eli Rogers of the world. You see it around the league with guys like Cooper Kupp, Jordan Matthews a few years ago, and of course in Pittsburgh, JuJu Smith-Schuster until he started playing more on the outside.

Campbell is another one of those guys. He thrived in the slot at Ohio State and shares a lot of the same traits as someone like JuJu. Combine his tape with Matthews’ testing and you have a good prospect. Campbell is a guy hard to bring down in space and has more speed than you’d expect from a guy of his build. On this drag route, he runs away from the Hoosier corner and into the end zone.

The crazy YAC here on this screen. His running back experience kicking in, making people miss and finding the lane.

Check out the long speed here too against Michigan. Dude can fly and he’ll test well in the 40, especially given his track background. 4.45 type player.

Some of the issues are a little difficult to show in a GIF. But he routinely saw free releases off the line, running his route the way he needed to without disruption. He’ll face more traffic at the next level, especially assuming he remains inside. 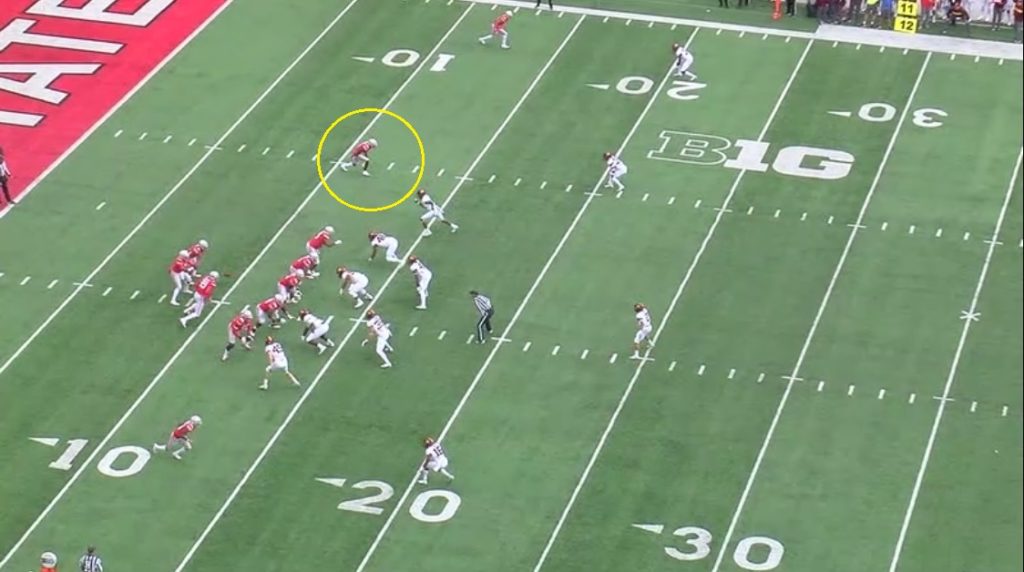 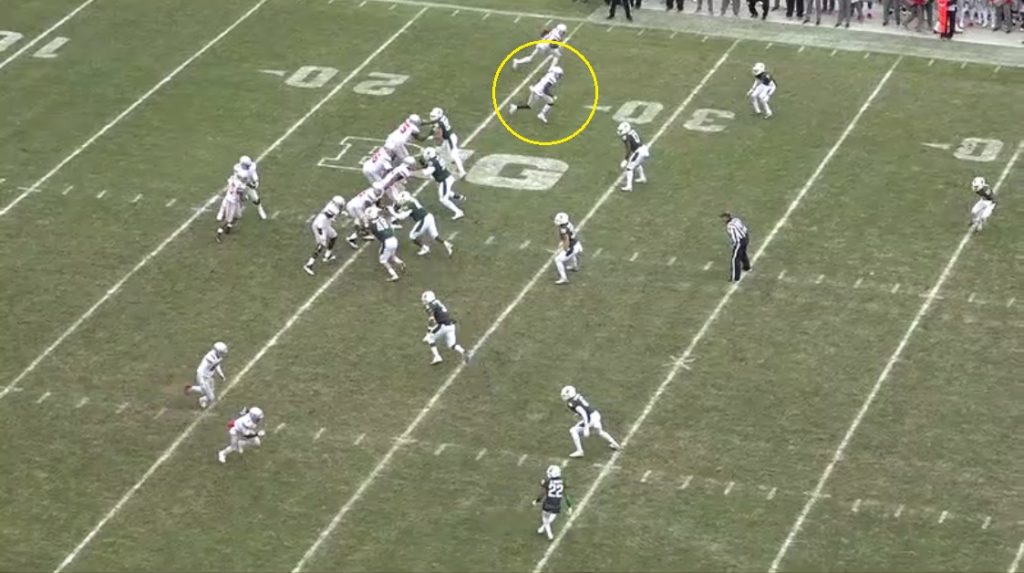 Campbell is capable of making plays in traffic but needs to do so more routinely. Too many drops.

His route tree was varied enough. 10 yard outs, crossers/drags, and vertically, corner/seam depending on the safety leverage and coverage. He shows a strong enough football IQ that I’m confident he can play inside and process all the info he needs to at a complex position.

Like I’ve said before with other players, he might not be an ideal fit for what the Steelers are looking for. With JuJu a slot/Z type and Washington a Z receiver, Campbell doesn’t have a great fit. But I think the talent is there and for some team, he’ll be a threat and productive player. Excited to see him workout at Indy. He’ll turn some heads.

Games Watched: vs Indiana, vs Minnesota, at Michigan State, vs Michigan