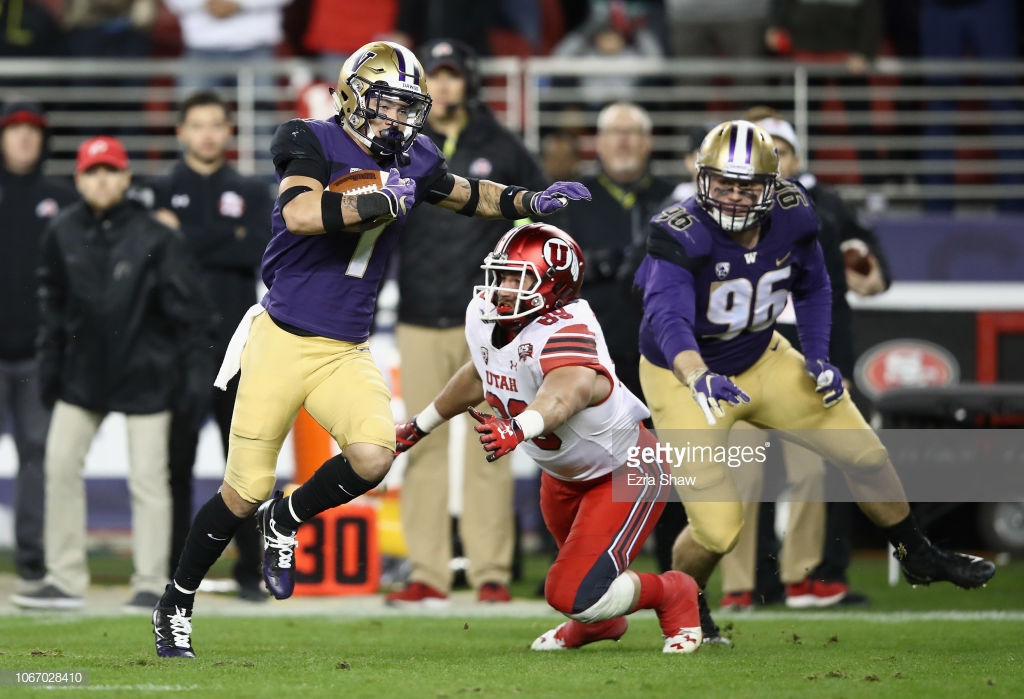 – Tremendous athlete, top combination of speed, quickness, change of direction ability
– Stays low in his pedal, no wasted steps/motion in his click and close, able to break on the ball as quick as anyone
– Capable in man and zone coverage
– Aggressive player with good eyes in zone coverage, knows when to take chances, ballhawk in zone coverage when he can best read and react
– Able to press receivers at the line in man coverage, doesn’t allow separation
– Plays bigger than his size, wants to be physical and explosiveness helps him create power
– Productive career, young player (redshirt sophomore) with lots of room to grow

– Undersized and obviously needs to add weight, clear concerns about his ability to hold up against bigger receivers on the outside
– Has trouble finding the ball in the air in man coverage/contested situations
– Needs to keep eyes up as a tackler, will cause him to miss
– Want to see him work harder to get off stalk blocks in the run game
– Limited starting experience/resume to scout from
– Mostly played on one side of the field (left corner)

Murphy is the real deal. A little undersized, sure, but remember he’s a redshirt sophomore who just turned 21. Not done growing into his frame yet. As an athlete though, he’s remarkable, and should test as well as any corner in the 2018 class. Straight line speed, fluidity, leaping ability? Murphy has it all.

He’s someone who can play in man or zone. I like him in zone coverage a little better but the traits are there for both. Aggressive in coverage, he’ll make plays on the football, something the Steelers don’t have in their secondary.

You can put him in off man or Cover 3 and he’ll still close on the football, showing top level explosiveness out of his backpedal. Washington used him in a variety of coverages from press, off man, and “bail” technique, where the corner opens his hips to the field and gets depth on the snap, sticking his eyes to the QB. Here, he’s in press man, mirrors the release, and picks the throw off.

Though his listed weight will be a concern, and he needs to get into that 190 range sooner than later, the explosive traits in his game give him serious hit power. Watch this breakup to the flat against Washington State in 2017.

Still, there are valid concerns about how well he’ll hold up in press and in the run game. He also has to do a better job of finding the ball in man coverage (why I like him better in zone right now).

But the traits are all there. Hard worker (won team’s weight room award as a redshirt freshman), great ball skills – he probably could’ve been a great college wide receiver – and a tremendous athlete that won’t limit you schematically in any way. If he falls to #20, it’s pretty early to say with confidence if that’ll happen or not, the Steelers should be very interested. Reminds me of a slightly taller Jason Verrett.

Games Watched: vs Washington State (2017), vs Arizona State, vs Utah, vs Ohio State