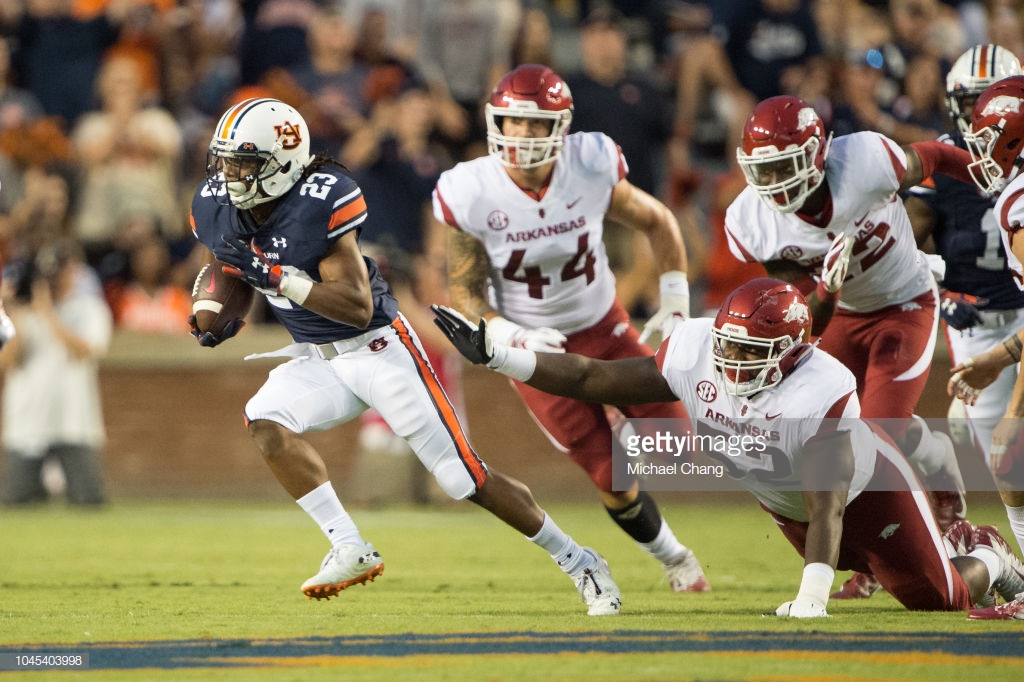 – Shows impressive quickness and change of direction ability, shifty and tough to bring down one-on-one in the open field, balance through contact
– Good burst and acceleration, quickly reaches top speed
– Hands catcher who plucks away from his body and secures it quickly
– Versatile player who wore plenty of hats in the offense
– Capable of being a gadget player (three career touchdown passes)
– Shows football IQ and ability to find soft spot in zone coverage
– Punt return value/experience
– Productive career and set school record in receptions

– Very undersized, small build, lacks length and pretty tiny hands (9 1/4 inches)
– More quick than fast, don’t see straight line speed and lacks a great second gear, short strider
– Frame makes it tough for him to finish plays in traffic, can get beat up by linebackers and safeties
– Didn’t run a varied route tree, often got the ball to him by design, on screens and flares, RPOs, always in space, went quiet in games where offense couldn’t get it to him
– Will have to gameplan to get him the ball, create specifically for him
– Lacked dynamic, huge gaining plays despite quickness, didn’t find the end zone like you think he would’ve
– Down senior season, regressed from junior year
– Probably won’t have a defined role in the NFL

Davis wasn’t a player I anticipated watching. At least, not right now. But when watching teammate Darius Slayton, Davis jumped out to me. Specifically, against Texas A&M, making this ridiculous play at the end of the game. The quickness, ability to squirm away from defenders, and make an impact.

You see that in other moments too. The goal was to get the ball to Davis immediately, on short, designed passes and screens, and let him do this thing in space. That’s how you rack up so many receptions for so few yards, relatively speaking.

But he struggled to produce the BIG play and had trouble finding the end zone. The short, shifty receiver in college are pretty dime a dozen and Davis doesn’t show the straight line speed or even the elite quickness – it’s very good but not at say, Jakeem Grant’s level – to function as that “space” guy and returner.

He also had problems catching the ball in traffic in part due to his small frame.

Like I wrote above, and it’s a big issue, he’s a guy you gotta force feed the football to get your return on investment. He needs to be a big part of your gameplan. In college, at Auburn, that worked. In the NFL? Nah. He’s not going to be the focal point of any offense. So his impact will be even more muted. He can wear a lot of hats and there’s a role for him at the end of the roster (I wish he was a better returner and had KR experience) but he’s a guy you’ll be searching for a role the entire time he’s on your team.

Comp is tough to come up with. A cross between a couple of Steelers, Ryan Switzer and Demarcus Ayers. For a 7th round pick, maybe. Beyond that, I’m probably looking elsewhere.

Games Watched: vs Washington, vs Arkansas, at Alabama