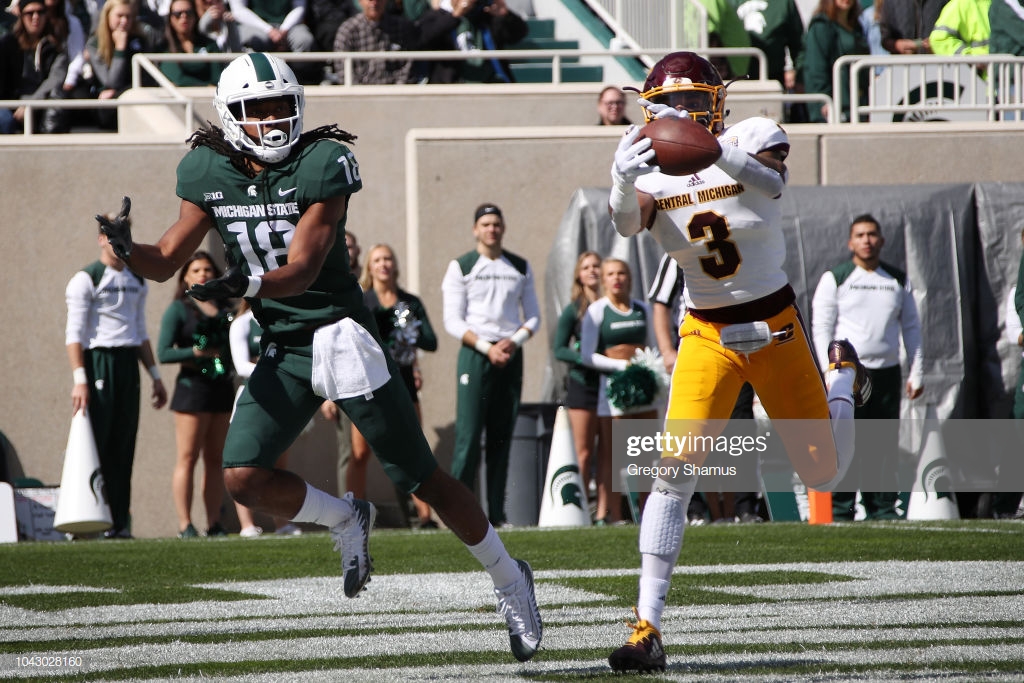 From now until the 2019 NFL Draft takes place, we hope to showcase as many prospects as possible and examine both their strengths and weaknesses. Most of these player profiles will feature individuals that the Pittsburgh Steelers are likely to have an interest in, while a few others will be top-ranked players. If there is a player you would like us to analyze, let us know in the comments below.

– Height/weight/speed player with good frame and plus athleticism, both on tape and in testing (4.42, 41.5 vert)
– Comfortable and works best in press man, shows physicality and power on his strike while also showing patience reading the receiver and mirroring his release
– Plays vertical routes well, stays in-phase with the hip of the receiver and shows fluidity in his turn
– Willing run defender with good run fits and ability to get backs on the ground
– Attacks the football well and times his jumps well, able to make plays on the football
– Productive player who made a lot of splash in college
– Decent starting experience

– Shows stiffness moving laterally, hitch coming out of his pedal and best in a straight line, struggles with change of direction
– Want to see him work harder to get off stalk blocks in the run game
– Will be scheme-limited to man-heavy, going to struggle more with zone concepts
– Lacks some strength at the top of the receivers route and can be bumped off
– Played most of his snaps on one side (left) and primarily played in press coverage, doesn’t have much experience in off alignment

In a man-heavy word, Bunting fits. If you want a corner to bump and run with a receiver on a nine route, this is your dude.

What Bunting does best is his ability to play in the receiver’s hip pocket on vertical throws to blanket receivers and contest downfield. That shows up in pretty much every game I watched.

And he’ll stick his face in the fan in the run game. Fills his gap and forces the fumble against Kentucky.

But what I saw on tape and in some drills at the Combine, mainly the “W” drill where players have to pedal and then explode downhill, there’s a hitch in his game. Struggles to change direction and defend breaking routes out of his pedal.

Two clips below against Wyoming in 2017. First one with him at LCB (at the top), struggling to open his hip to turn and close on this ten yard out. The second, Bunting is at left corner (at the bottom), again showing stiffness on this dig. You can see the extra step it takes for him to drive.

But his strengths are undeniable and he fits the modern day NFL. There’s some rawness in his game which isn’t a big shocker for a young guy with two years of starting experience. Compare him a bit to a faster version of Pierre Desir.

Games Watched: vs Wyoming (2017), at Kentucky, vs Buffalo, at Akron