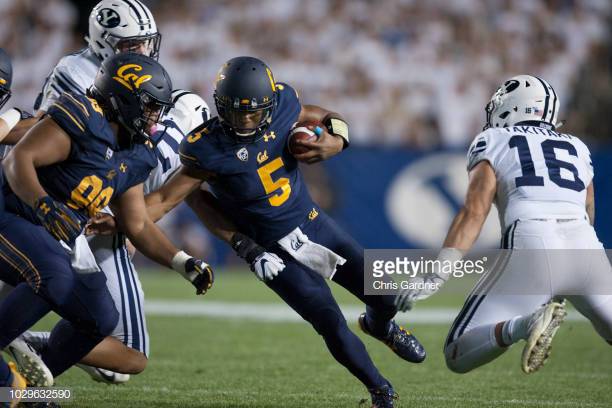 BYU linebacker Sione Takitaki hit the trifecta this winter, playing in all three major pre-draft Bowl games. Takitaki’s senior campaign in which he recorded 119 total tackles, 10 tackles for a loss and four sacks did not go un noticed as he was invited to the NFLPA game. He was not done there as he was then invited to the East West Shrine game where he had a very productive week. Takitaki benefited off his performances in the NFLPA and Shrine game, earning a late invite to the Senior Bowl in the process. A rather unknown name before the pre-draft process, Takitaki has now picked up some steam as of late.

It is easy to see from just watching tape that Takitaki loves football. He is an emotional player that plays with a lot of passion and intensity. When it comes to technical skill, the BYU linebacker is very comfortable in space and has the range and hustle to be a sideline to sideline defender. Takitaki has a high motor and always gives his all on a play.

Now one reason why Takitaki really failed to get much attention until he shined during week leading up to the Shrine game is that he does have many flaws in his game. The BYU linebacker really needs to do a better job at playing under control, as too often he comes flying in hot and completely whiffs on his target. He has missed tackles sprinkled all over his tape, making him a liability at the next level.

In the box score, Takitaki is credited with a tackle on the play above. To everyone watching though, he is not given any significant credit for a few reasons. First, it is evident that he is not a quick processor as he pauses for a brief second, perhaps because he is a slow processor or he still does not have the natural feel to trust his own instincts. While he is still given credit for recording the tackle, he does not reach the ball carrier until he is way past the line of scrimmage.

Now Takitaki is not a complete mess at processing plays, a fairer assessment would be to say that he is inconsistent. When he does trust what he is seeing and pursues aggressively, he is a one-man wrecking crew. Watch the play above and notice how Takitaki strafes the line of scrimmage before beating the running back to the hole and wrapping him up for no gain. If Takitaki can find a way to keep himself under control (to lessen the amount of missed tackles) and play more instinctively (though this is a natural trait more often than not), he could be an effective linebacker at the next level.

Takitaki is not setting the world on fire but after a hat trick of impressive performances during the pre-draft process, his name is picking up some steam. His film work reveals a lot of holes in his game and he will need to finish his pre-draft process with almost perfect scores. The next test on his report card will be the NFL Combine, if Takitaki can show better athleticism than expected, he could continue to slowly build his draft stock while a poor athletic showing would be disastrous to his draft potential. The BYU linebacker will likely have to work his way up through special teams before he can ever think of seeing the field in any significant situations.

Games Watched: vs Wisconsin, vs Washington, vs California, vs Utah State