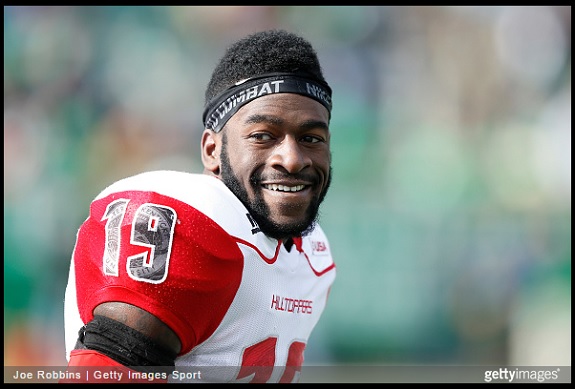 – Prototypical triangle numbers for the position with excellent length (32 1/4 inch arms)
– Fluid athlete who moves well and shows little stiffness in his turn
– Quick feet and a surprisingly strong lower body who can click and close, gets “on top” of the ball in a hurry
– Explosive nature capable of creating big impacts on tackles
– Leaper who gets full arm extension, length makes him even bigger and apt to breaking passes up, getting in sight lines of the receiver
– Asked to do a lot, comfortable in a variety of roles and coverages
– Overall productive career

– Small, disproportionate hands (8 5/8)
– Lacks upper body strength and isn’t a consistent, reliable tackler who struggles bringing ball carriers to the ground in the open field
– Does not have tremendous short-area quickness
– Lacks long speed
– Too upright in his pedal, plays too tall
– Trusts himself too much, at times, too late to open the gate and vulnerable to getting burned, but also has trouble staying square at the LOS when receivers are on his toes
– Has trouble staying in-phase and finding the ball in man coverage
– Played only one position, LCB

This report falls on the “bite-size” snippet, similar to what we did with Texas A&M TE Cameron Clear. Unlike Clear, it isn’t for a lack of playing time, but the relatively limited tape that existed. I found three game cut ups but two of them were in poor quality – captured in a grainy 360 resolution. Makes it a little difficult to watch and even harder to show in GIFs and pictures.

From an aesthetics standpoint, not things that make for a good article. Why it could come out a bit shorter. But I hit the three game benchmark I set for each player.

His click and close is the biggest aspect of his game I’m a fan of. Strong lower body who explodes downhill.

Playing tight man coverage at the bottom of the screen, Thomas shows the ability to plant his back foot as the receiver breaks on his comeback, drive off of it, and jump the route, nearly picking it off. That’s all lower body strength.

While his tackling is an issue, that explosiveness occasionally translated into a big hit. Watch him come downhill and light up the receiver on this screen.

But in the open field when he can’t hit a stationary target, it’s an issue. Doesn’t break down to try and wrap up WR Titus Davis, choosing to hop outside instead and badly whiffing. Allows a lot of YAC.

Lacks the strength to bring the receiver down in the open field, easily falling off, and giving up six. 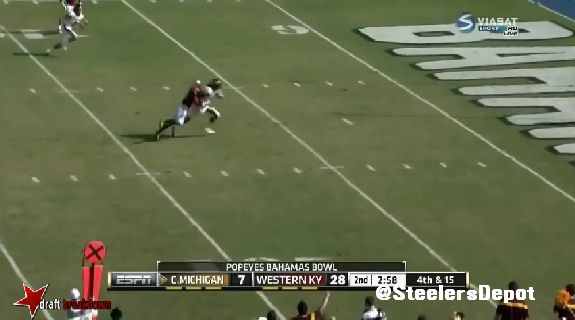 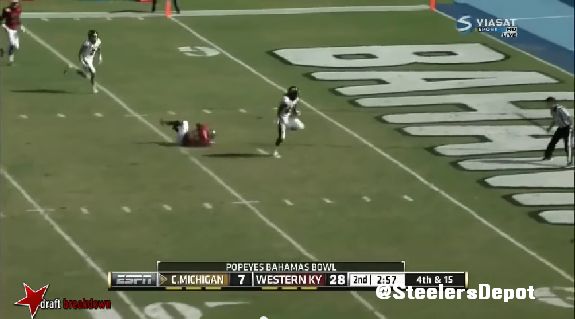 Ankle tackle on this receiver. Not a good idea in general, and especially not against one running a slant away from you. NFL receivers will high step that without issue. 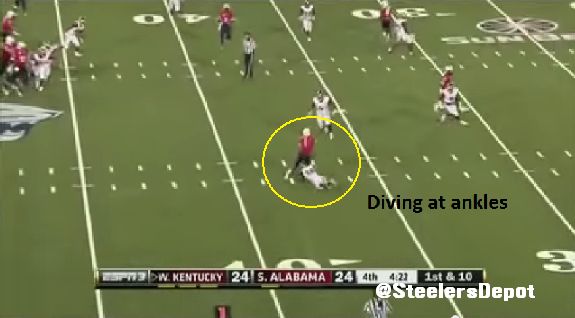 Like Craig Mager, Thomas is a small-school veteran who was used in every facet of Western Kentucky’s defense. More off coverage than Mager but still had snaps near the line. Overall, he’s comfortable in man or zone and can be used on “cat” blitzes off the edge.

He earns high marks for being a two-time captain, something a team like the Steelers certainly have shown to appreciate.

Thomas is a poor man’s Kevin Johnson. Quick feet and good route recognition with some tackling issues. Johnson has superior speed, though, and plays with better technique.

The Western Kentucky product has been billed as a sleeper and I can see where that’s coming from. He has upside. Not the most intriguing late round selection but not one to overlook either.