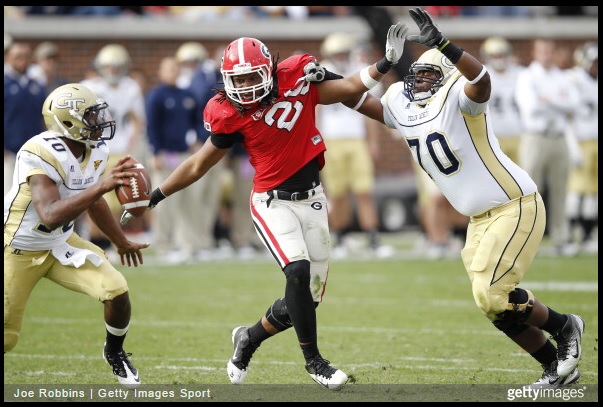 – As good of an athlete as you’ll find at the position
– Snaps out of his stance, tremendous first step
– Burst off the line makes him a viable candidate to pull, experience to both directions
– Athleticism lets him get to the second level with ease, dangerous and forceful cut blocker
– Capable of sticking to his blocks when playing with proper technique
– Built-in leverage and generates power, offers good push in the run game
– Shows an overall proper base the few times he’s asked to pass set
– Improved tape from 2013 to 2014
– Position versatile
– Lots of starting experience

– Short and lacks length desired for the position
– Raw in pass protection
– Must show better lateral movement in pass sets, feet can go dead
– Must get himself under control, plays too fast and reckless, gets sloppy in his technique
– Susceptible to falling off blocks in the run game, has to keep lower half under him, on the ground too often
– Can look lost in space
– Needs to even his play out, too hot and cold
– Came from a system that makes offensive lineman look good
– Possible minor hand placement issues

Mason doesn’t look the part as an undersized lineman out of a triple option offense but he sure moves with the best of them. His burst and athleticism off the line is undeniably terrific.

Though this play results in just a short gain up the middle, watch Mason – the right guard – fluidly work to the third level, eventually sticking to the safety and driving him off screen. Most guard can’t work that fast.

That’s him using his athleticism vertically. On the following play, he uses it horizontally. Pulls to kick out the EMOL and does a nice job sticking and driving to him.

Now watch him pull to the short side. That burst is critical because there isn’t time to build up any speed. Snap out of his stance, pivots, and barrels over the spill defender. Yellow Jackets find the end zone, in part thanks to Mason.

We’ll go back to his 2013 tape and perhaps the best player he ever faced – Aaron Donald. It was a game with mixed results and though he fell off his block, watch the first step and explosion to blow Donald off the line.

Again, we see power in space from Mason. Nasty cut block at the second level, flipping the linebacker. 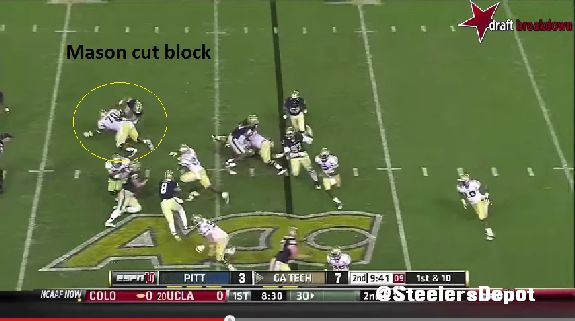 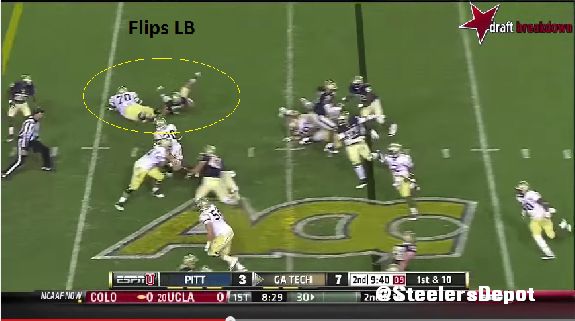 As you’d expect, his pass protection is shaky because of the offense he played in. His team threw only 203 passes in 2014, fifth fewest in Division One. A chunk of those came on rollouts or quick throws, limiting the number of true pass protection opportunities even more.

He isn’t awful in that phase, and he did show improvements during the Senior Bowl, but he’s still raw. Watch him get run over while trying to anchor.

And in that 2013 game against Donald, his legs go dead, he doesn’t move laterally, and is cleanly beat. 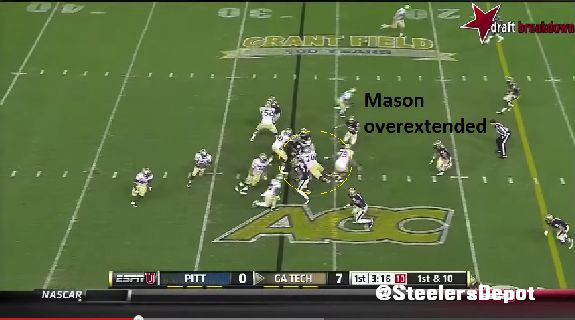 In 2014 against NC State, he whiffs while trying to reach the second level.

Overall, his play was inconsistent. In my notes of the three games I watched, I noted 18 specific “positive” plays and 16 “negative” ones. Imperative he becomes a more “even” player. Late round picks with that level of inconsistency aren’t going to stick to an NFL roster.

Versatility is a bonus for him. Starting experience at both guard spots in college and as noted, worked as a center at the Senior Bowl. According to Mason, most scouts see him as a center at the next level, likely due to his height issues. But that experience at multiple spots makes him a swingman the Steelers could be interested in come the later rounds.

Obviously, a zone blocking scheme is going to fit Mason best. That doesn’t mean he can’t pull in that system, either. Blocking schemes are so intertwined that no one is solely power or zone. And when you have concepts like the pin and pull zone scheme, a picture I’ll post below, Mason can use all of his talents to thrive. 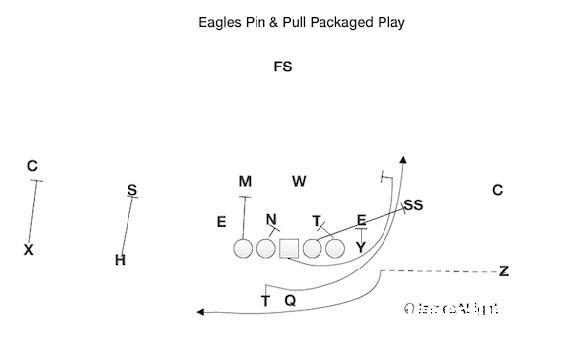