– Has the size to play the position, young and will continue to grow into his frame
– Above average athlete
– Good first step, doesn’t have to “build up” his speed
– Special body control, able to make difficult catches
– Shows crispness in his routes, understands nuances of route-running to get open
– Explosive at the top of his route
– Gives high effort in the run game
– Plays to the whistle, looks to finish his blocks
– Leg drive through contact allows him to generate movement
– Desire will make him coachable as he refines technique and builds upper body strength
– Used all over the field, no position or assignment is foreign to him
– Pro-style offense that will mirror a lot of what the NFL will ask from him
– Excellent bloodlines
– Productive, albeit short, career

It only took one bowl game hurdle for some fans to fall head over heels for Williams. And as you’d expect, watching multiple games only furthers home the point he’s a quality athlete.

It’s not just the first step or the straight-line speed that excites me. It’s what he does when the ball is in the air that makes him the top tight end in this class. He’s got special body control and capable of making difficult catches most couldn’t haul in.

Check out this amazing one-handed grab against Michigan.

And this diving toe-tap in the end zone against Iowa.

Or this toe-drag along the sideline in the same game.

Williams probably isn’t the fastest tight end in his class. I’ve already watched one tight end that appears to be faster. But it’s his soft hands, body control, and ability to make the ridiculous look routine that makes Williams such a threat.

Also shows precision in his route running. Watch him stem his route outside, get the DB to open the gate, and explode back inside to create separation. Scores with ease.

But you already knew all that. The athletic ability was out in the open. You only need to check a highlight reel to make that determination.

What I like most about him is everything else. The blocking, the effort, desire, and role in the Gophers’ offense.

Don’t think of him as a slot tight end that was rarely asked to block a la Eric Ebron or Jace Amaro. Williams was an in-line tight end or fullback far more often than he lined up in the slot.

He was used in a similar fashion to Rob Blanchflower. A Swiss Army knife who played with almost any pre-snap alignment.

As a traditional in-line tight end. 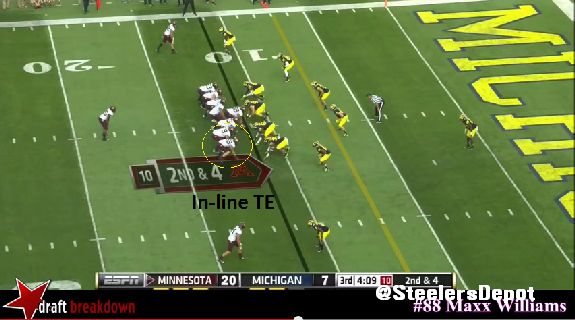 Off the line in a two point stance. 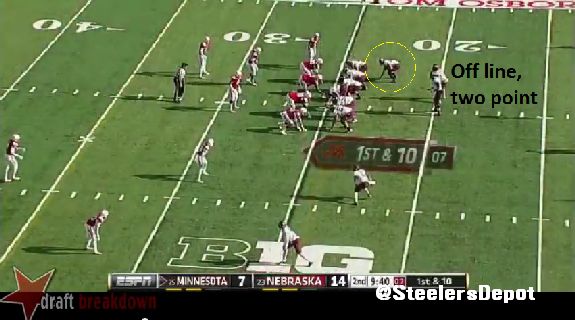 A fullback in the backfield. 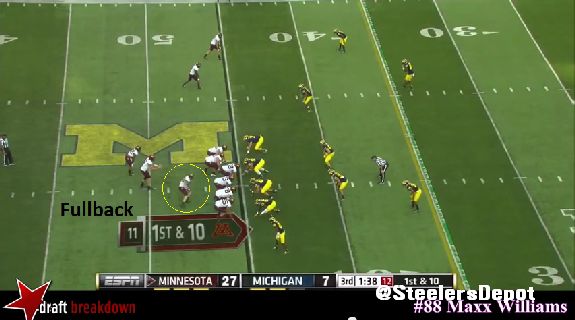 This unusual, “Capital I” three back set. 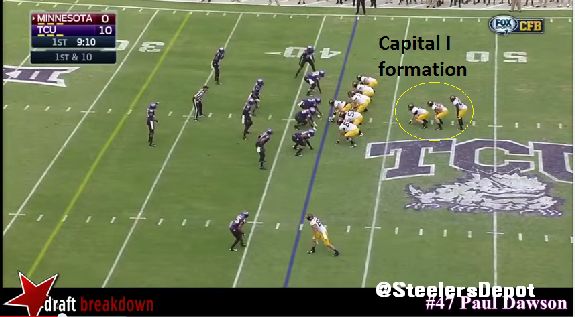 Or In the slot. 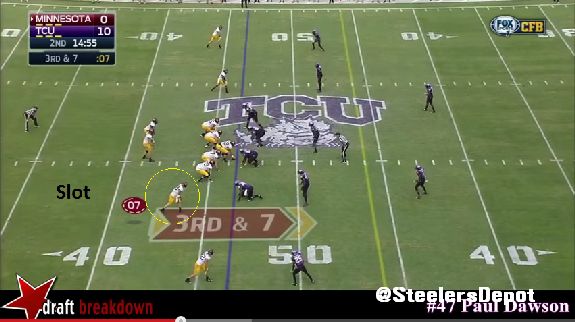 Truthfully, that’s scratching the surface of how he was aligned. I could go on but you get the idea.

As noted above, the concepts in Minnesota’s pro-style offense are similar to the NFL. Asking him to come in motion, trap, and kick out the first color he sees is not going to be brand-new to him. Speeds up the learning process mentally as he makes the jump.

Williams isn’t the best blocker but the desire and effort he brings to that phase of the game will endear himself to coaches. He shows leg drive upon contact that allows him to get a good push.

That’s embodied by this push he gets with his leg drive on the play below. Cracks the linebacker and takes him out of the hole. Minnesota scores with ease.

He’s got “nasty” to his game and looks to finish his blocks. Plays to the whistle. Williams is lined up in the slot below. Stays with the play, chases the linebacker, and puts him into the ground.

He isn’t *just* an effort guy in the run game. He shows the ability to stick to his blocks and use proper hand placement. It’s just inconsistent.

Love the experience he has trap blocking. Against Nebraska, he may have pulled ten to twelve times. It was a staple of their offense.

Had the key kickout block to create an alley and spring the runner for a big gain. 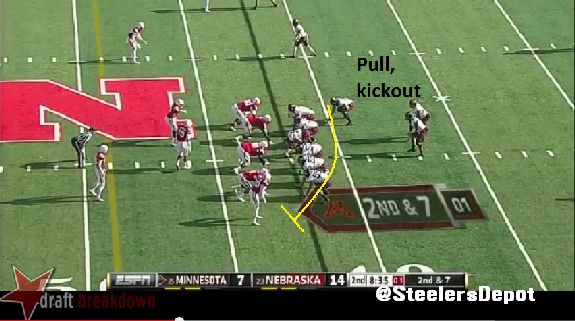 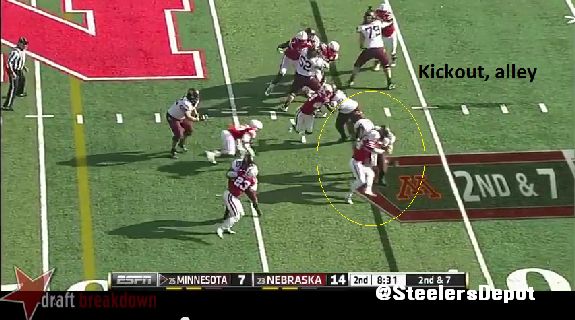 It’s all the things that don’t show up on the boxes core that takes Williams from an athlete playing tight end to a true tight end who isn’t limited in how he can help an offense.

Don’t forget that we’re talking about a player who is still just twenty and won’t turn the big 21 until shortly before the draft. Yet despite that youth and inexperience, he’s still pushing out quality tape. That’s rare territory.

The negatives to his game can mostly be corrected with maturation. He needs to develop upper body strength and work on his technique in the run game. Has a tendency to fall off his blocks because of the lack of strength and overall inexperience. Creates some technique issues where he’ll get himself overextended or plays a little too out of control. 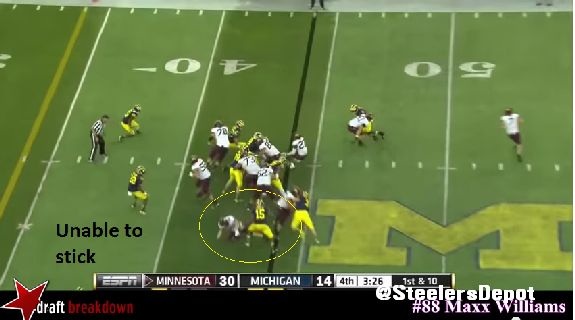 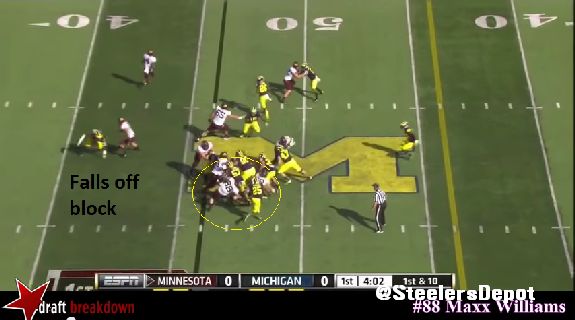 But minor quibbles and not things I envision to be long-term problems. Especially because he’s a guy who appears to be coachable, fixing them is just a matter of repping it.

This is the first time since Heath Miller’s selection in 2005 we can have a legitimate discussion about the tight end position. And I’ve made it clear my want for a “move” tight end that’s in vogue today.

Williams can be that. But he’s also much, much more. He’s brimming with potential to be a complete tight end. And given the system he played in, he’s probably going to be a quick learner.

Like his father, Maxx Williams can play in this league for ten years.

Games Watched: at TCU, at Michigan, vs Iowa, at Nebraska

Maxx Williams vs. Iowa (2014) by Magnusbendixen