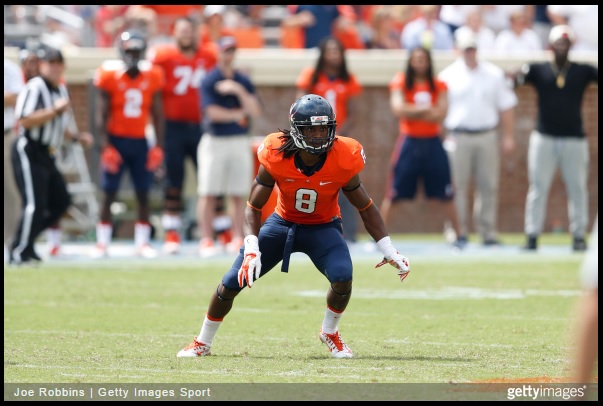 Today we explore the safety position, which the Steelers should want to get younger at. That is the position we attack today as we take a deeper look at Anthony Harris.

There isn’t much to dislike about Harris. He is a reliable tackler, thrives in the open field. He finds his way to the football quickly; either for an interception, a tackle or insurance on a tackle. The main downside to Harris is his weight at 183. This contributes to his missed tackles and many of his solo tackles turned to assists because of his need of other defenders to help bring down a ball carrier. I noticed that many quarterback’s first read was away from Harris, as his 8 interceptions in 2013 led the nation.

Harris has great awareness and can be a thumper at times. Here, he reads the quarterback and reacts quickly on the ball. When it reaches the receiver he pinpoints the ball and throws his arms into the receiver and separates the receiver from the ball. 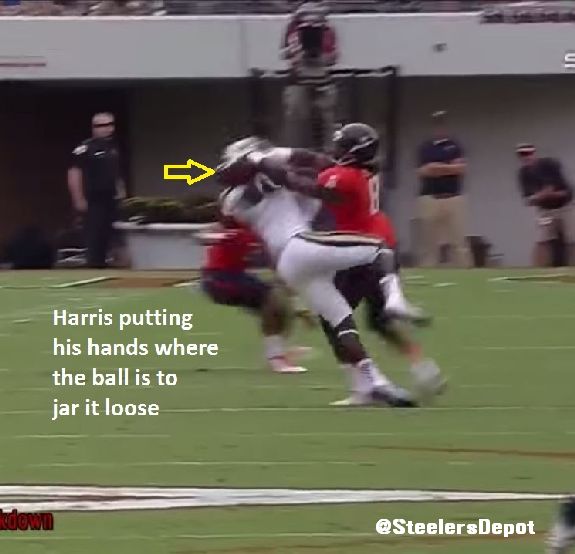 Here, Harris is reads the quarterback but is slow to see the out-route occurring. He breaks for the receiver; keeping his eyes on the quarterback he intercepts a tipped pass. Love to see the awareness and hand-eye coordination in action. Heads up play by Harris.

A great instance of Harris being around the football. A glaring weakness has been his weight/strength. It sometimes takes more than just him to make high tackles. He is the first to make contact with the receiver but he needs assistance bringing the receiver down.

Harris provides great coverage on his man, which forces the Louisville quarterback to his check down. When he releases the pass, Harris is already disengaging from his man and in perfect position to make a vital tackle on 3rd and 15. He brings down the ball carrier to make the sure tackle.

Harris takes a perfect angle and uses his speed to make the tackle on speedy Duke Johnson. Even though he couldn’t make the tackle before the first down, he displays his agility and high effort in attempt to make a play. Love the effort, that’s exactly what you want from your safety.

Don’t really know what Harris was reading here. Five yards from the end zone, have to secure the middle half of the field. After a failed read Harris tries to recover, but can’t. A little stiffness in his hips as he tries to flip them in attempt to recover. Would like to see more fluidity in his turns. He has the speed to recover – just need to work on his turns.

Harris takes too sharp of an angle and can’t bring Johnson down. He slips off Johnson, but still ends up in assisting in the tackle. You have to account for the running back’s agility and Harris underestimated Johnson. With a better angle, Johnson would have not reached the first down.

Overall, I was impressed by Harris. He showed many qualities that great safeties possess. He checks off almost all the boxes that NFL teams looks for in a defensive back. Would like to see Harris get up to about 195lbs. to help with his issues related to lack of strength. If drafted by the Steelers, he will of course sit behind Mike Mitchell for at least one season while the Steelers evaluate that position further. Harris will be a great contributor on special teams as he is an excellent open field tackler and has the speed to get down field in a hurry. Mitchell claims to have played the entire 2014 with a torn groin. If this is true, his second season in black and gold should help boost the Steelers’ declining secondary. If Mitchell continues to struggle, you could see Harris move into a starting role after taking a year of special teams and learning the playbook. Harris could play either free safety or strong safety in the NFL, in which teams will value. It really may depend on if the Steelers are comfortable with Mitchell or if they will draft some insurance. I could see Harris being the 2nd or 3rd safety off the board. I value him a 2nd-3rd round pick. The Steelers are known for taking best player available, so don’t rule Harris out of either the 2nd or 3rd round.