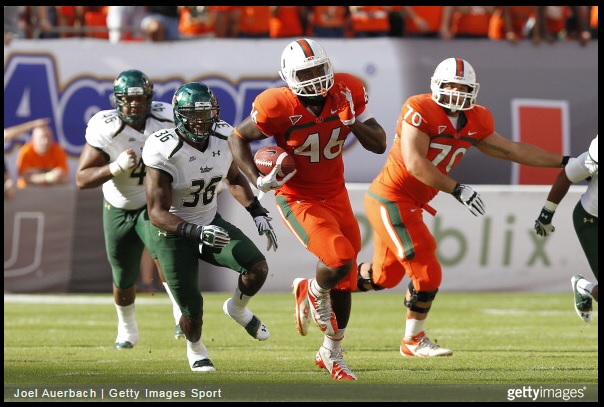 The Steelers may look to the Tight End position in this draft since Rob Blanchflower’s injuries have kept him from producing at all in his rookie campaign. A move tight end that can mimic Heath Miller’s game will be sought after. Michael Palmer and Matt Spaeth are not move tight ends nor are they a major threat in the passing game. Here is an evaluation on Miami U’s TE Clive Walford.

– Great hands
– Powerful inline blocker, has some nastiness to his game
– Good motor, plays until the whistle
– Versatile, lined up just about everywhere
– Always finds someone to block, never looks lost
– Not superior height but has time to grow into frame. Plays tall
– Above average speed for TE
– High effort player
– Average route runner, but great at adjusting to throws
– Finds a way to get open
– Dominates DBs in the run game
– Strong player, shows strength in all phases
– Does a good job getting to the 2nd level with his blocks
– Very good block-release technique
– Not yet reached his ceiling. Great Upside

– Needs to stick with blocks
– Sometimes overextends arms while blocking
– Needs to work on cut blocking
– Can add some upper body strength
– Some questionable drops
– Minor technique flaws, needs to sink hips into breaks
– Route running is raw
– Needs to look the ball in, loses focus at times

Watching Walford’s tape from 2012 to 2014, you can see his progression and improvement each year. He uses his strength.

Here is Walford lining up at a wide out. 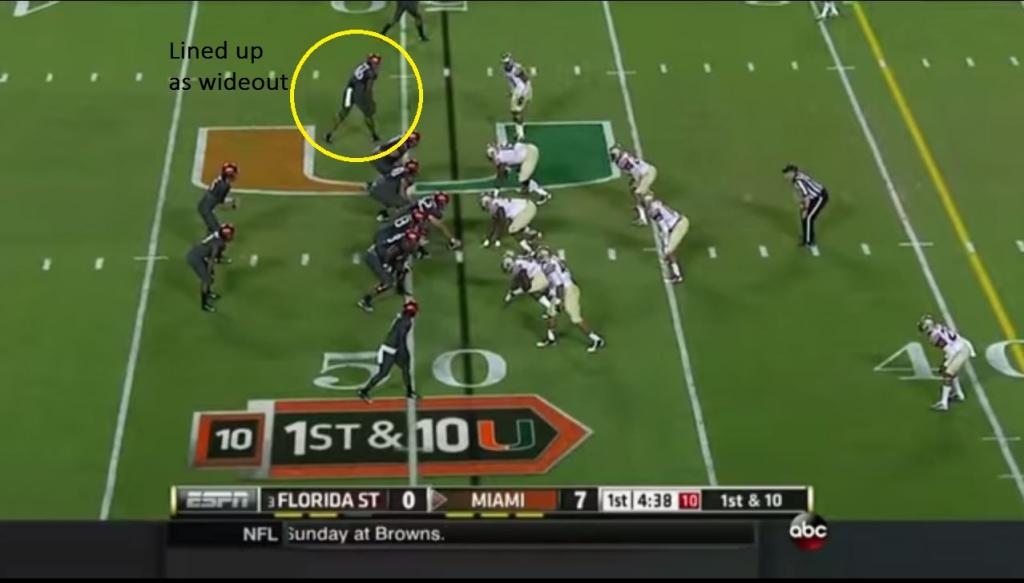 Walford runs an out-post route and does an okay job selling the out. The DB bites and Walford is off to the races. Shows his speed and soft hands.

Here, he does not stick to his block well at all. Just pushes the defender who then makes the tackle.

Walford uses his size and strength to dominate the DB. Washes him out of the play completely.

Great block-release route here to fake the defender and pick up a nice gain for the first down.

A nice combination of soft hands, great focus and strength to hold onto this ball. Not many make this play.

A ding to his game – drops. This one attributed to lack of focus. He wants to run with the ball before he has it. 3rd and long may have contributed to his need to hurry and collect this pass.

If I’m in the 3rd round and Clive is still on the board, there is going to be some difficult decisions to make whether to draft this kid or not. His value is great in the 3rd and I don’t think the Steelers can get his name to the commissioner fast enough if he is there in the 4th. Other than the unproven Rob Blanchflower, there are no move tight ends that are great blockers on this roster behind Heath Miller. When Heath decides it is time to hang up the cleats, Walford might be a great successor.