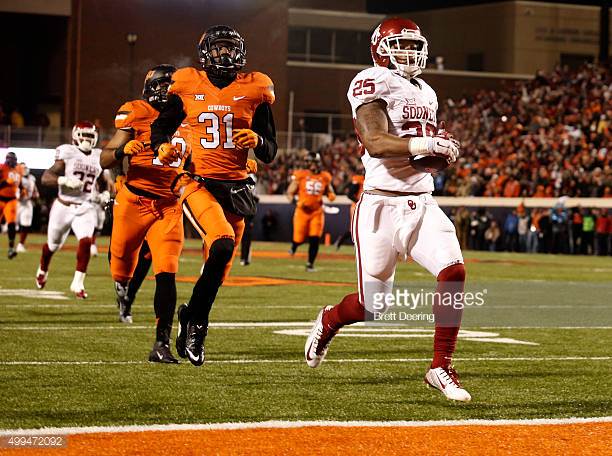 – NFL frame, great size for the position
– Size and length assets as a tackler, helps him finish the play
– Uses size well when coming downhill to play catch point on intermediate/crossing routes, length helps play the pocket and decent ball skills overall
– Lined up in a variety of places in the Cowboys’ scheme
– Tested well (4.45 40, 10’2″ broad) though unfortunately, doesn’t always translate to the field
– Doesn’t show much stiffness in his turn for a safety, especially one of his height
– Takes good angles to the football in run and pass
– Excellent starting experience
– NFL/football bloodlines, athletic family

– Outside of size, lacks a defining trait in any area
– Doesn’t play to straight line speed and relies on his angle to make up for it
– Needs to be a more physical tackler, doesn’t appear to have that killer instinct, and vulnerable to falling off tackles especially by bigger backs
– Struggles in man coverage, bites on too many routes, and lacks the athleticism to recover when beaten over the top
– Doesn’t make enough impact plays, disappears from games too often
– Average college production

Flowers, who the Steelers reportedly dined with at his Pro Day, is one guy in the draft profiles I’ve done I’m just not crazy about. For any prospect, you have to do at least one thing that really wows me. If a college player doesn’t have a top trait in something, it’s hard for him to have success in the NFL, where pretty much everyone has that (and even then, not a guarantee of success).

Flowers isn’t a terrible prospect and there’s no gaping hole in his game. But at the same time, there’s nothing impressive either. He’s the vanilla of draft prospects. But as always, the good and bad.

At his size, 6’3, 202 who can run in the mid-4.5’s, that automatically checks a lot of boxes. Nearly 34 inch arms gives him some margin for error as a tackler and that coupled with his size can make him an effective, drag-down type of tackler. Like here.

And coming downhill, those similar physical traits come into play. Nice close on this crosser and using his size and length to pop the ball out and incomplete.

But it’s all sorta underwhelming, sort of blah. He’s Becker to the much more popular Seinfeld. Unless you really love Flowers’ height/weight/timed speed (we’ll stick with the analogy and say, you’ll only love Becker if you adore Ted Danson), then he’s never going to be your choice.

Oklahoma was a really bad game for him. Maybe that’s unfair considering it was a bad game for anyone on either defense, a 62-52 final score, but Flowers was rough.

Watch his cousin, fullback Dimitri Flowers (also draft eligible), toast him down the seam for a touchdown. Flowers is guessing, loses his balance, and gets beat badly.

Or at the end of the game. Good angle to meet the back in the hole but isn’t physical enough to finish the tackle. Falls off, the back scores, game over.

Too often, he just felt sort of non-existent. I guess you can argue that’s in part to the sometimes center field role he would play that limited opportunities but he lined up all over their front. The athleticism is average, the physicality a bit below, and he doesn’t look like an impact playmaker to me. I don’t see the allure and he’s someone I hope the Steelers stay away from.

Games Watched: at Baylor (2016), at Pittsburgh, vs Texas, vs Oklahoma