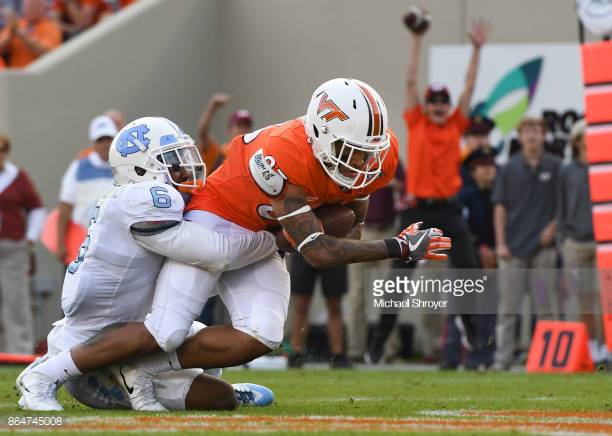 – Ideal slot corner at NFL level with blend of blitzing, tackling, physicality
– Strong tackler who is willing to support the run and put his face in the fan, not a weak tackler
– Comfortable in press man and shows strength and a powerful jam when playing with proper technique
– Versatile, played inside and out, though home is likely in the slot at next level
– Competitive at catch point and improved there throughout his career, tracks and plays the ball well
– High energy player
– Tons of experience as a blitzer and times them well from the slot, effective and able to finish
– Some return value
– Quality starting experience, durable
– Coaches praise his work ethic

– Not physically imposing in any one area, average across the board (size, length, speed)
– Can get bullied by bigger WRs, especially on the outside, will have tougher time playing the ball there
– Some teams may view him as a slot-only, capping his value and upside
– Punch/jam in the slot has to be improved, stay square to the LOS and move his feet
– Did not create a ton of splash plays, especially as career progressed
– Off the field questions that will need to be addressed, early history of suspensions

The more, and the later in his career, you watch MJ Stewart, the more you like him. Sure, most people will peg him as “only” a slot corner but in today’s NFL, that’s pretty close to a starter. And even if that’s “all” he becomes, he has the chance to thrive there.

He’s got all the traits to be a success inside. Tough. Supports the run. Can jam at the line. Capable blitzer.

Let’s look at him as a tackler. Working on the outside here but in the slot, you have to tackle smaller receivers coming over the middle. The close, the violence, the finish, to somehow prevent the WR from picking up the first down. Really good play.

Now let’s look at him in the slot. Not perfect here off the line but he recovers, gets his head around, and bats the ball away. Defends the slot fade.

Again, in the slot. WR is lined up off the LOS and has more space to work with but Stewart is able to jam him at the line and disrupt the stem of his route. Pressure gets home and it’s a sack. Rush and coverage working together on third down.

But on the outside? He could have some more problems. I’m not a believe in thinking that you *have* to be a certain height to play on the outside (smaller CBs like Tavon Young and Jason Verrett) but Stewart is going to face some issues there. In 2016 versus Stanford, he finds the ball on the outside on this go ball, but isn’t able to make a play on it. Bigger, longer receivers are going to win over him.

Definitely going to be some off the field questions to answer. Those two suspensions early in his career. This article does outline his maturity and hopefully it’s all true.

For Pittsburgh, a slot corner – or corner in general – is not a pressing need. But if the value is right with him, I wouldn’t hate the pick because I’m big on the talent. Hoping he doesn’t wind up in the AFC North. He’ll have a successful career and I compare him a bit to the guy I mentioned earlier, Tavon Young.