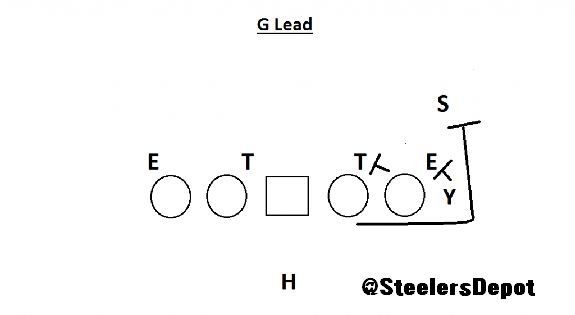 Rare blocking scheme for the Steelers so we won’t go too in-depth but it’s still worth covering.

We’ve discussed Power O more times than I can count. You know the core concept now. Downhill, power scheme with the backside guard pulling and leading the charge. The scheme we’re breaking down today, G-Lead, is the inverse. Instead of the backside guard trapping, the frontside guard pulls. The strongside tackle and tight ends downblock.

Let’s look at it in game. Week Three versus the Chicago Bears. The Steelers’ run G-Lead to the right, meaning David DeCastro is pulling. Kelvin Beachum down blocks the three tech with David Johnson and Heath Miller base blocking the defensive end and SAM linebacker, respectively. 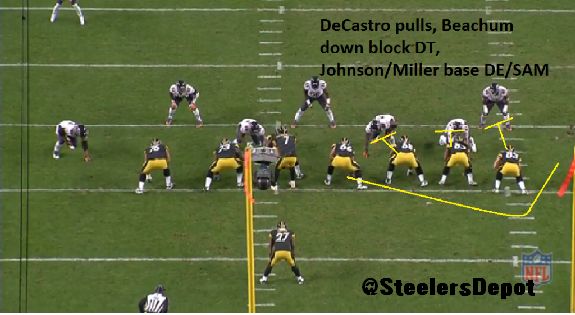 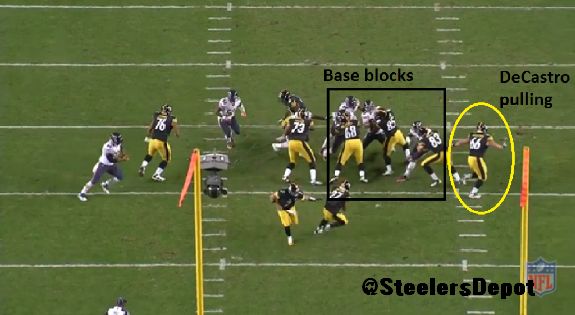 Because the Steelers have two tight ends, DeCastro is able to work to the strong safety coming down to support the run, kicking him out. If there was just one tight end, like in the illustration above, DeCastro would be responsible for the SAM, leaving the safety free. His kickout opens up a huge running lane for Jonathan Dwyer, who rumbles for 25. 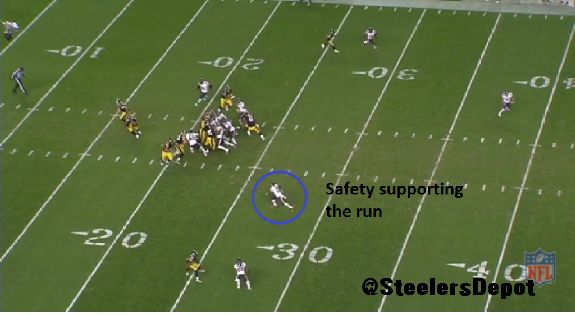 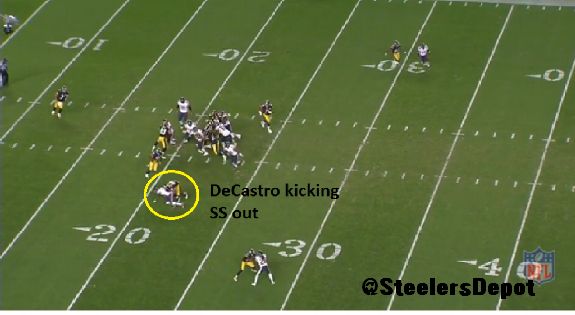 It’s a rarely used concept by the Steelers. But with a new offensive line coach, perhaps the team will add in wrinkles like these to complement the zone game. It’s no secret Ramon Foster lacks the quickness to pull and the Steelers are a predominantly right-handed team. With G-Lead, the Steelers can pull their quickest guard and still run to the right. It’s having your cake and eating it too.

And the only thing an offensive lineman loves more than cake is getting to knock a dude’s head off run blocking.