Taking a look at the curl/flat route combination used in Week 13 against the Baltimore Ravens.

Last time, we looked at a popular combination route concept – the mesh. We’ll do the same today breaking down the curl/flat combination. Like the mesh, the design isn’t complex and the concept is explicit. Two receiver route with one running a curl and the other a flat.

The purpose? Stretch the defense horizontally on the flat to open up the curl. Excellent way to create a cushion against zone coverage. Example of it in Week 13 against the Baltimore Ravens.

Le’Veon Bell lined up in the backfield. Emmanuel Sanders serving as the “X”. Bell releases into the flats with Sanders on a curl. Ravens playing Cover 3. Cornerbacks cover the deep third with the outside linebackers defending the flat. 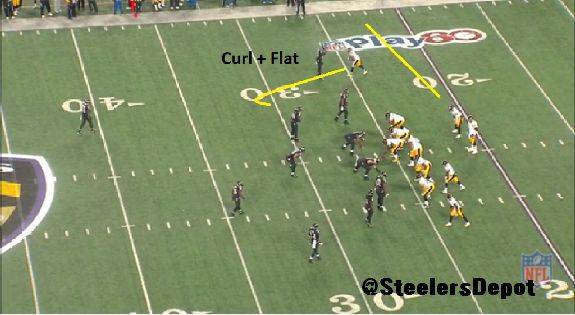 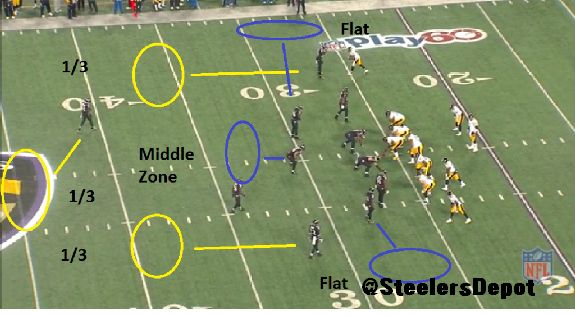 Outside linebacker Josh Bynes. #56, has to respect the flat and it widens him. He’s not able to sit in his zone, keep his eyes on the quarterback, and potentially squeeze the window on the curl. It eliminates him from the play. 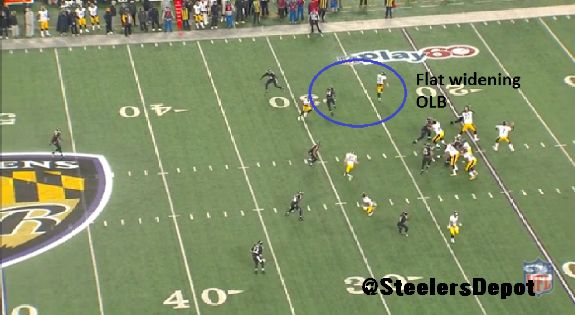 With it being Cover 3, the corner must play the deep third. As Emmanuel Sanders stems to the inside, the corner lets him go as he reaches his depth. 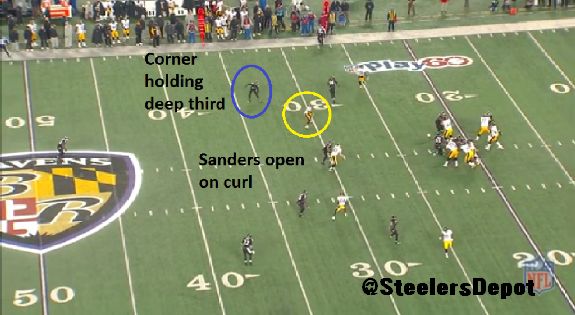 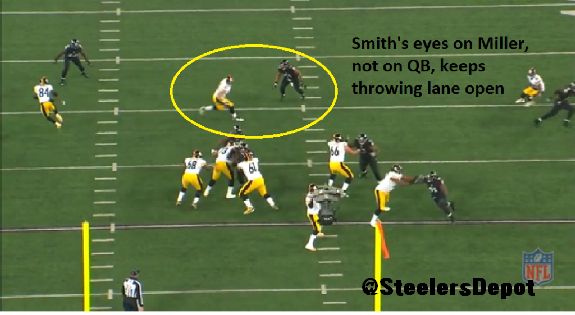 Had Sanders not jumped to make the grab, and perhaps the throw was slightly off the mark, he would have had the opportunity to turn, get upfield, and pick up some YAC. Put your quick receivers in space through simple route concepts. Recipe for success.